LSU Returns to "The Box" Tuesday at 4 p.m. CT vs. Grambling 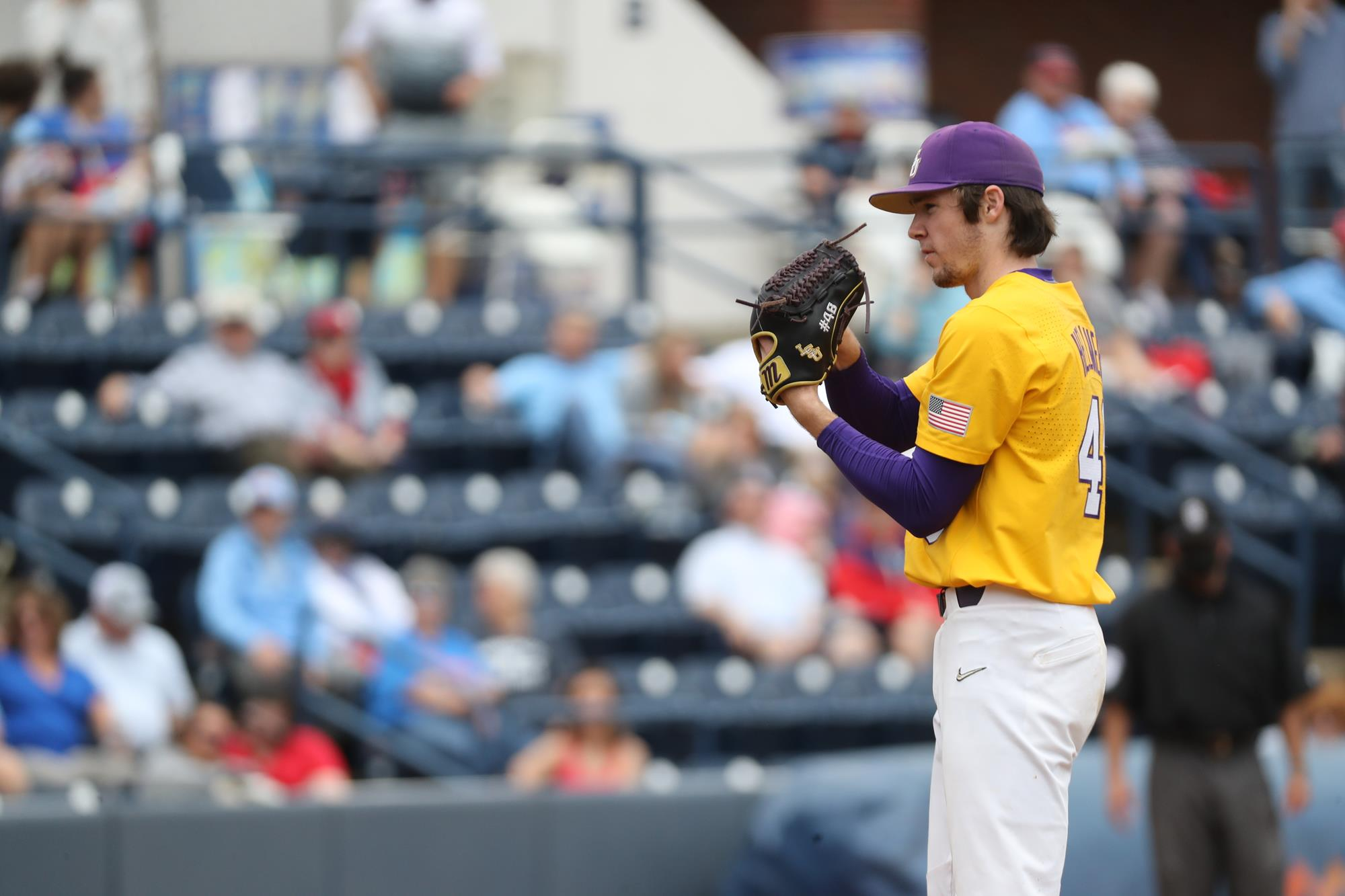 OXFORD, Miss. – Ole Miss rightfielder Kemp Alderman homered to lead off the bottom of the ninth inning Saturday, lifting the ninth-ranked Rebels to a 10-9 win over LSU at Swayze Field.

The Tigers return to action at 4 p.m. CT Tuesday when they play host to Grambling State at Alex Box Stadium, Skip Bertman Field. The game will be streamed on SEC Network +, and it may be heard on affiliates of the LSU Sports Radio Network.

Ole Miss trailed 9-1 entering the bottom of the eighth inning, but the Rebels erupted for eight runs to tie the game. An RBI single by shortstop Jacob Gonzalez, a three-run homer by second baseman Peyton Chatagnier and a grand slam by centerfielder TJ McCants highlighted the rally.

Alderman hit the first pitch of the ninth inning from LSU reliever Ty Floyd into bleachers to win the game for Ole Miss.

“We knew the game wasn’t over with the lead that we had, and I was concerned because Ole Miss has a great hitting team, and this was a very hitter-friendly environment. They’re never out of a game in this ball park.

“We used five true freshmen pitchers in the game today, and they all competed as hard as they could. We just couldn’t get to the finish line, unfortunately. The two wins we had earlier in the weekend were great wins against a Top 10 team on the road, so we can build upon this series victory and continue to develop as a team.”

Taylor Broadway (4-1), who pitched a scoreless ninth inning, earned the win for Ole Miss. Floyd (0-2), who recorded the final out of the eighth inning for the Tigers, was charged with the loss.

LSU grabbed a 1-0 lead in the top of the first inning when first baseman Tre’ Morgan singled, moved to third on a double by rightfielder Dylan Crews, and scored on a sacrifice fly by leftfielder Gavin Dugas.

The Tigers extended the lead to 3-0 in the second when shortstop Jordan Thompson led off the inning with a homer before catcher Alex Milazzo doubled and scored on a single by first baseman Tre’ Morgan.

LSU added three runs in the third when Dugas led off with a homer and second baseman Drew Bianco delivered a two-out, two-run single to expand the lead to 6-0.

Ole Miss narrowed the deficit to 6-1 in the bottom of third when second baseman Peyton Chatagnier lined an RBI double.

Bianco was hit by a pitch to lead off the fifth, moved to second on a wild pitch, advanced to third on Milazzo’s sacrifice bunt and scored on a Crews single.