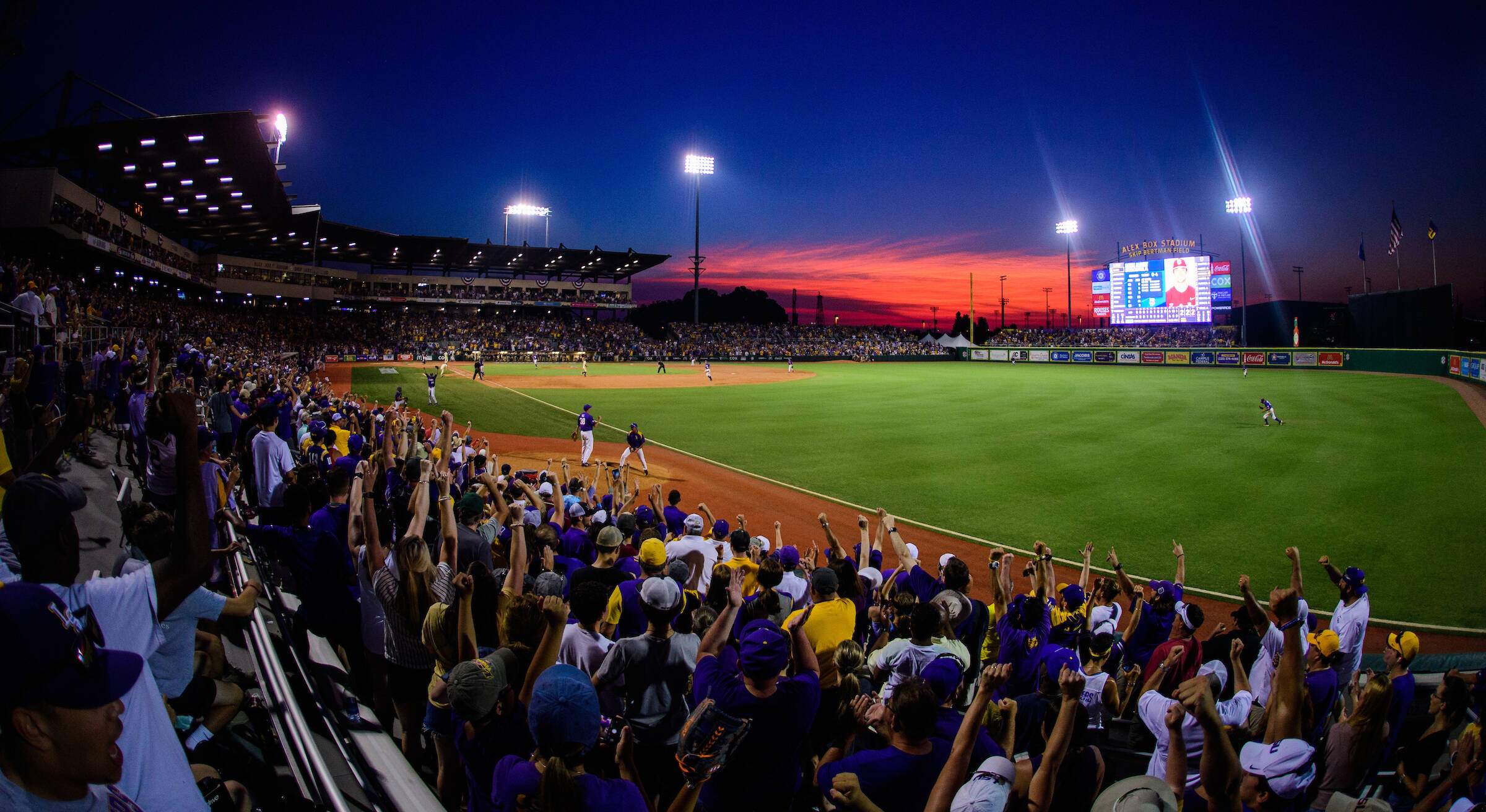 A request list for baseball season tickets is available from Sept. 1 to Sept. 30 each year. To register for the waiting list during this time period, click here. A $10 fee is required annually to register for the request list, and tickets are issued based on LSU Philanthropic Priority Point order. Cash, check, Visa, MasterCard, Discover or American Express are acceptable forms of payment.

Season ticket renewals for baseball are mailed in September of each year. The deadline for renewal is usually Oct. 31. Season ticket holders are notified of exact dates each year. If you have not received a renewal form by Oct. 1, please call the ticket office at (225) 578-2184 or (800) 960-8587. Full payment is due in the ticket office by the deadline date on the renewal form.

Away-game tickets are not available through the LSU Ticket Office. Please contact the Athletic Ticket Office of the host university for more information.

For information on lost or stolen tickets, contact the LSU Athletic Ticket Office at 225-578-2184.

In the event that LSU hosts an NCAA Regional and/or Super Regional tournament at Alex Box Stadium, season ticket holders will be given the opportunity to renew their current seats online on LSUsports.net, over the phone at 225.578.2184 or in person with one exception:

In an effort to better accommodate these displaced season ticket holders, the LSU Ticket Office will designate a time period where they can exchange their tickets and upgrade to any seats not renewed by current season ticket holders before tickets go on sale to the public. For more information, please contact the LSU athletic ticket office at 225.578.2184.

Tickets for NCAA Regional and Super Regional games will go on sale to the public after season ticket holders are given the opportunity to renew their seats.

In the event LSU advances to the College World Series, the LSU Athletics Ticket Office will not have tickets to sell to season ticket holders or to the general public.

A Standing Room Only (SRO) ticket allows a fan entry into Alex Box Stadium but does not guarantee a seat in any section of the stadium. Fans are allowed to stand in designated SRO areas located on the concourse level of the grandstand or in the bleacher section walkways down the left and right field lines. SRO tickets are available to purchase in advance at LSUtix.net, over the phone, in person, as well as on the day of the game at Alex Box Stadium.

Full-time LSU students are admitted free to all regular-season home baseball games by presenting their valid student ID card to the Alex Box Ticket Office beginning two (2) hours before each game. Upon presentation of the student ID card, students will be issued a ticket to gain access into the stadium. LSU students interested in attending postseason games at Alex Box Stadium must purchase tickets when they go on sale.

LSU Athletics tickets are revocable licenses and LSU may revoke tickets for any reason, at the University’s discretion. These ticket licenses do not confer any property right to the ticket holder. Any attempt to resell tickets on university property is strictly prohibited. In accordance with Louisiana state law La. R.S. 4:1, LSU forbids the resale of tickets above the price printed on the ticket. Ticket holders are advised that LSU may cancel or revoke tickets for certain conduct including, but not limited to, the following:

The Will-Call window for tickets is located on the ground level on the third base side of Alex Box Stadium and will open two hours prior to every home game. Only the person whose name is on the ticket order may pick up the tickets. A photo ID is required for all will-call orders.

The box office in Alex Box Stadium will open two hours prior to each baseball game. Also, the main LSU Athletic Ticket Office is located on the first floor of the Athletic Administration Building on the corner of Nicholson Drive and North Stadium Drive. The main ticket office is open weekdays from 8 a.m. to 5 p.m.

All persons age 3 and older must present a ticket for admission to Alex Box Stadium. Children 2 and under are admitted free of charge. All persons entering the facility are subject to search.

The LSU Athletic Ticket Office is open from 8 a.m. – 5 p.m. CT, Monday-Friday, except on university-observed holidays. Fans may purchase tickets and parking at LSUtix.net.

(subject to change without notice on this page)