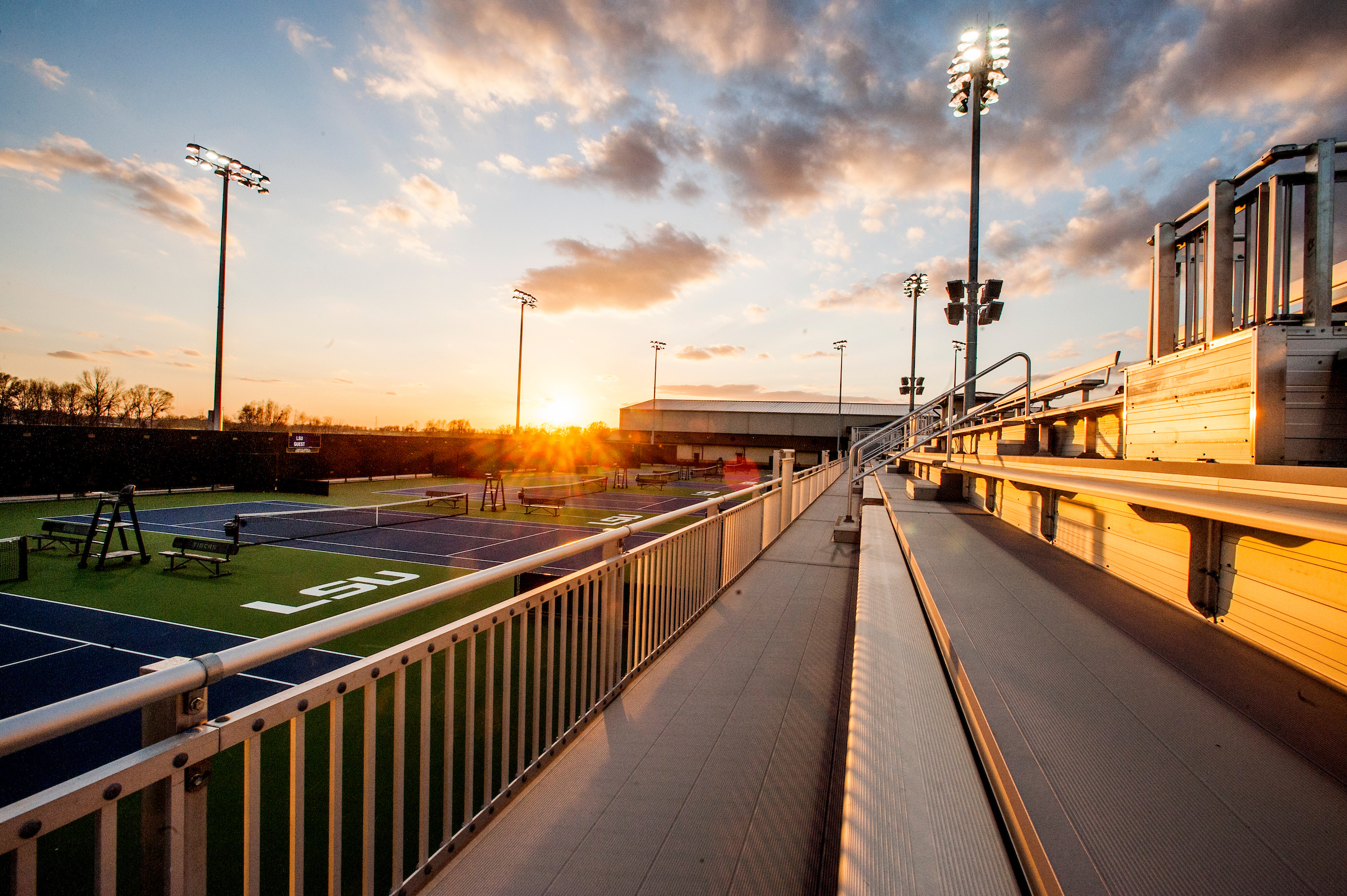 In August 2015, the tennis programs opened the state-of-the-art LSU Tennis Complex. With more than 160,000 square feet of space, the facility features championship-caliber courts with 12 outdoors and six indoors. Housed inside the indoor facility are players’ lounges, locker rooms, cardio room, satellite training room and coaches’ offices for both the men’s and women’s teams.

Dual matches will take place on the north side of the facility at the W.T. ‘Dub’ Robinson Championship courts. The six remaining outdoor courts are located on the south side and allow the facility to host two matches at one time.

Fans may enjoy all the action with excellent sight lines from a total of 1,400 seats facing the 12 outdoor courts. The six indoor courts allow the Tigers to host different tournaments in front of more than 300 fans above the playing surface. The new facility also guarantees that both teams will never miss a practice or match due to unfavorable weather conditions.

Point-by-point scoring is available through Daktronics scoreboards on all 18 courts within the facility for an enhanced fan experience. Each set of courts also features a larger scoreboard with scores from all six courts. Fans off-site can track live matches online through StatBroadcast (www.LSUstats.com), which is directly linked to each judge’s controller.

Spectators will also benefit from a permanent concession stand located on the west side of the facility between the two sets of outdoor courts. Members of the media will be able to provide coverage in the press box facing the W.T. ‘Dub’ Robinson Championship courts.

The LSU tennis programs are already reaping the benefits of the opening of the new facility. The men’s team hosted a fall invitational in 2015, while the women played host to the SEC Tournament in April 2016.