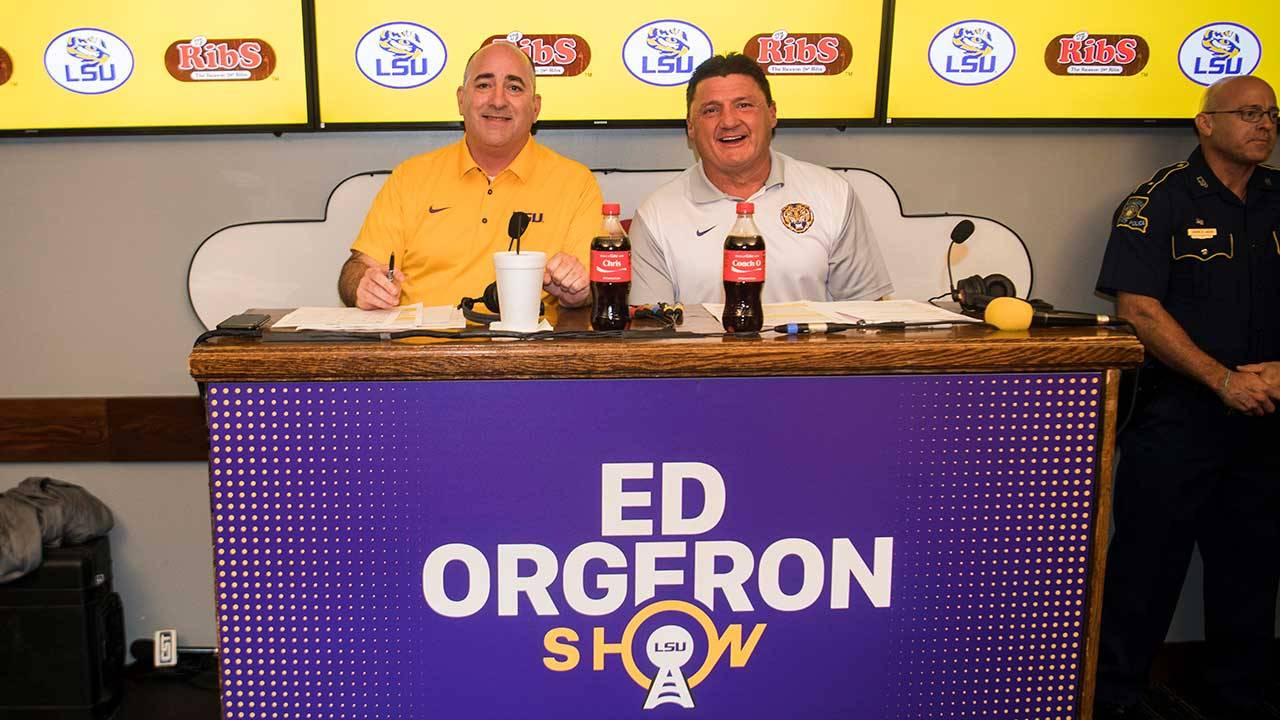 Listen to shows at LSUsports.net/live or on affiliates of the LSU Sports Radio Network

A 60-minute recap the latest LSU Football game airing each week during the fall on the LSU Sports Radio Network.

LSU Football Head Coach Ed Orgeron addresses the media each week during the fall with during his weekly press conference on the LSU Sports Radio Network. Prior to Coach O’s remarks, Voice of the Tigers Chris Blair updates fans on the week’s opponent.

Watch shows at LSUsports.net/videos or on affiliates of the LSU Sports Television Network

Watch the official television show of LSU Athletics on-demand, or on affiliates of the LSU Sports Television Network

For more than two decades, the LSU Athletic Department has produced in-house weekly television and radio coaches shows. Over the years, this practice has expanded from football and men’s basketball to include women’s basketball and baseball.

Since the 1999-2000 season, all coaches shows have been streamed live and/or made available on-demand on LSUsports.net. LSU was among the first universities to offer such a subscription-based service to its fans through what is now called the “Geaux Zone.”

Through the years, internet-only shows such as “The Dot TV Show” and “Tiger Talk presented by TJ Ribs” (began in 2008) have also be offered as a supplement to the 30-minute coaches TV shows.