Coach Will Wade’s five-year tenure at LSU will be noted for consistent winning and a return to interest in the basketball program at LSU.

During his time in Baton Rouge, the Tigers won a Southeastern Conference regular season championship in 2019, advanced to four post-season tournaments (including consecutive NCAA Tournaments in 2019, 2021 and 2022) and advanced to an SEC Tournament championship game for the first time since 1993.

LSU in the last four seasons (2019-22) won 48 regular season SEC games, tied for the second most of any team over that period.

LSU won 20 games or more in three-of-the-five seasons at LSU and finished his time at LSU with a record of 105-51 with 196 career wins for his nine years as a head coach. He finished 55-33 in the SEC over that time. His 105 wins made him the fourth winningest coach in LSU Basketball history.

When he arrived in Baton Rouge, Wade wanted to make LSU basketball, a program which has had ultimate highs followed by periods of lows, be a consistent player on the college basketball scene.

He worked hard to put together a program with good players that produced consistent winning, regular post-season tournament appearances and playing an exciting brand of basketball that would see the Tigers contend for a top spot yearly in the Southeastern Conference.

Coach Wade was able to check many of those boxes of program building and program stability that he set out to accomplish when he was named the 22nd head coach of the LSU program prior to the 2017-18 season.

In 2019, Coach Wade, his staff and players put together a team that posted a 16-2 record in the Southeastern Conference, winning the 11th regular season title in school history.

Frank William “Will” Wade said those words on March 20, 2017 when he was named the head coach at LSU. He came to LSU after a stellar two-year stint as the head coach at Virginia Commonwealth University and two years at UT-Chattanooga.

He was the first Tiger mentor to get the Tigers to post-season play in both of the first two seasons on the job. He is one of just five LSU coaches to lead his team to an SEC Championship and one of just four to take a team to the NCAA Sweet 16.

Wade has also brought analytics and trends to his coaching practices at LSU and his ability to quickly know situations and tendencies has proven beneficial to the Tigers in his first five seasons.

In 2021-22, LSU put together a non-conference schedule that led to a top 20 NET rating entering the tournament. Injuries hurt the Tigers in mid-season after a strong start, but the Tiger team featured the Sixth Man of the Year in the league, Tari Eason, who was also first-team All-SEC. Four-year star Darius Days had his best season as a Tiger and finished his career as one of three players with 1,300 points, 800 rebounds and 125 steals in school history.

In 2021, LSU had to make several changes to the schedule because of the pandemic, losing and rescheduling several games in December and having the league change the schedule at one point on less than 48 hours notice with a road trip to Missouri becoming a road game at Ole Miss.

LSU would finish with one home loss for the second straight year, despite playing one less home game than other league schools, finishing at 7-1. The Tigers were third in the league, earning the double bye in the tournament for the third straight year. But this time LSU made the run that fans had been looking for, defeating Ole Miss and Arkansas to get to the SEC Championship game for the first time since the 1993 season.

The Tigers would proceed to the NCAA bubble in Indianapolis where they advanced to the second round.

The team featured a perfect blend of players led by freshman All-SEC scorer, Cameron Thomas, who led the league and was the nation’s top freshman in scoring at 23.0 points per game. He led the nation in free throws made with 194. Joining him were All-SEC sophomore Trendon Watford, junior Darius Days and a player who made dramatic improvement from his freshman to junior year to become one of the SEC’s top and most underrated point guards, Javonte Smart.

In 2020, LSU opened with eight straight conference wins as LSU tied for second place in the league one season after winning the league championship.

It was a season in which offense again dominated the nights when LSU had success, averaging 80.5 points a game.

Skylar Mays wrapped up his four-year career by having his best overall season, averaging 16.7 points a game with 5.0 rebounds, 3.2 assists and 1.8 steals a game. Mays, who played three years with Coach Wade and his staff, finished his career with 1,600 points, 450 rebounds, 350 assists and 200 steals.

The highlight of Wade’s five years came in 2019 when the Tigers won their first SEC title in 10 years and won two games in the NCAA Tournament to advance to the Sweet 16 for the first time since 2006. But it was also a year in which a coach and a team had to handle the worst possible tragedy, the death of a teammate.

Junior Wayde Sims was killed in the early morning of Sept. 28, 2018 just hours before what was to be the first team workout in preparation for the 2018-19 season.

The team dedicated the season to Wayde and his parents, which included former Tiger player Wayne Sims. It was a season in which time after time, the Tigers appeared to need a spark to stay alive for a win and things would turn around. LSU would go a perfect 9-0 in the league on the road, winning four overtime games and another at the buzzer. The Tigers would win 16 league games, one of their best overall 18-game league records.

Tremont Waters was a first-team All-SEC selection and the co-SEC Defensive Player of the Year while Naz Reid made the league all-freshman team.

The native of Nashville, Tennessee, directed VCU to a 51-20 record and two NCAA Tournament appearances in 2015-2016 and 2016-2017. The 2016 Rams advanced to the second round of the tournament, defeating seventh-seed Oregon State before losing to Oklahoma. Wade was the youngest head coach in the NCAA Tournament in 2016. In 2017, VCU lost to St. Mary’s in the first round of the NCAA tourney.

Wade previously served at VCU as an assistant with the Rams under Shaka Smart from 2009-13. VCU was 113-37 during that time, reached three NCAA Tournaments and won the 2012 Colonial Athletic Association Championship. He was part of the staff in 2011 when VCU advanced from the NCAA “First Four” all the way to the Final Four in Houston.

Wade is credited with being a key figure in four top non-power five recruiting classes in his four seasons at VCU.

His first Mocs squad went 18-15 in 2014, finishing 12-6 and second in regular season Southern Conference play. The 18 wins overall were the most by the program since 2008-09 and the 12 wins in league games was the highest total since 2010-11. The team made the school’s first postseason appearance since 2009 in the CIT.

Wade was honored with the Anton Foy Southern Conference Coach of the Year award for his efforts in 2014.

That reputation was cemented prior to his arrival on the VCU campus. He served as an assistant to Tommy Amaker at Harvard in 2007-08 and 2008-09. Much like at VCU, he was Amaker’s first hire.

In eight years on coaching staffs at Clemson, Harvard and VCU, the teams had a record of 177-97 with six postseason appearances (2005-13).

Wade is married to the former Lauren Deason, and the couple has one daughter, Caroline Elizabeth. 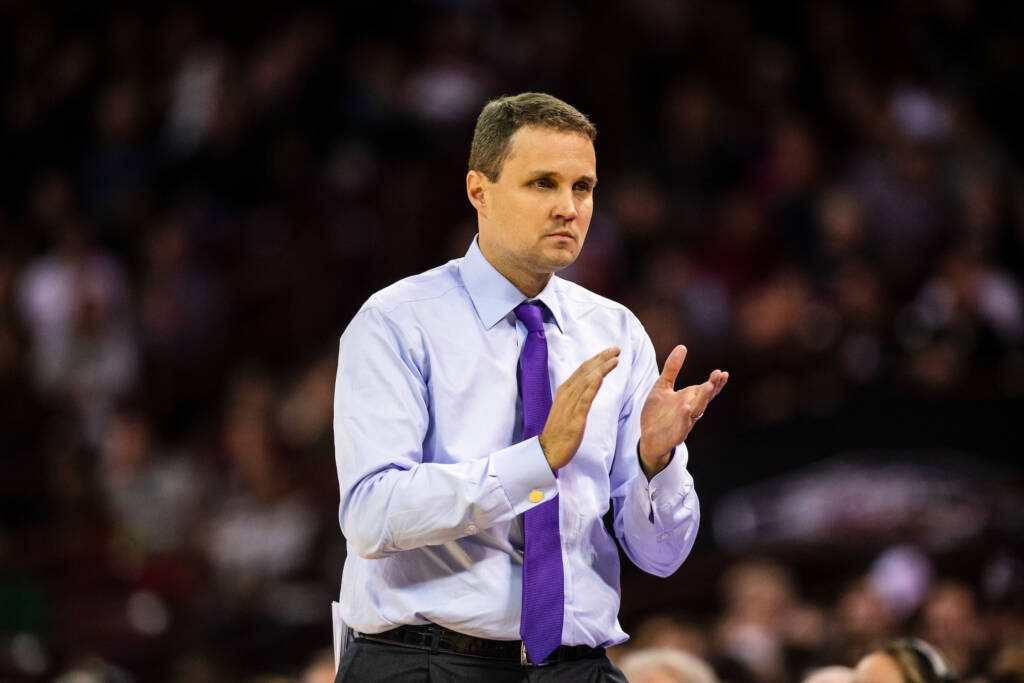