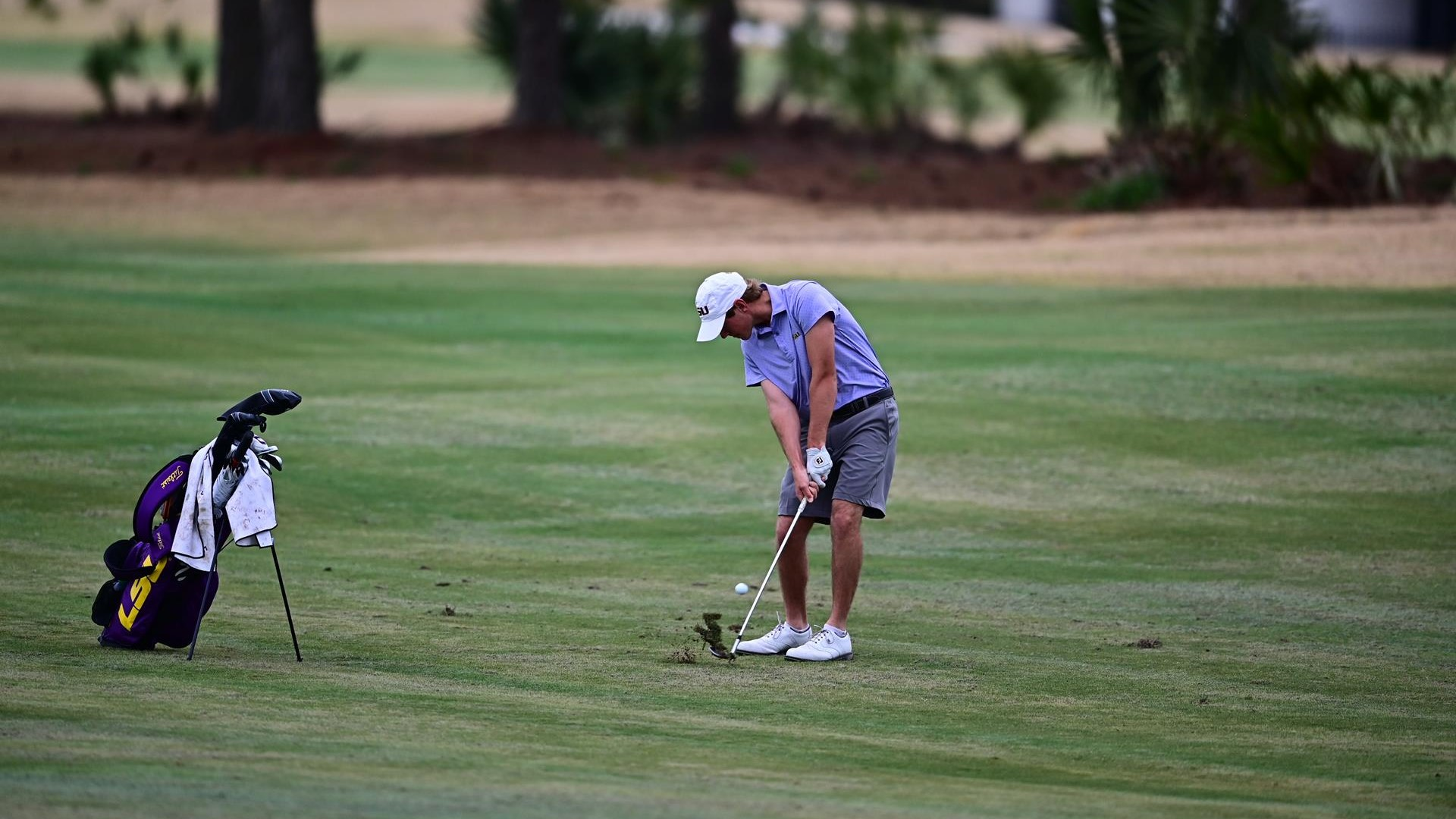 Baton Rouge, La. – It was warm and windy on day one of the LSU Invitational at the University Club as conditions proved tough for the whole field. Freshman Drew Doyle carded a superb round of 2-under in the challenging test that was University Club on Friday.

Doyle went out blazing hot with a 3-under 33 on the front nine that included an eagle, two birdies, five pars and one bogey; it was the first eagle of his collegiate career. He battled the wind on the back nine and turned in a 1-over 37 to match the best round of his collegiate career, a 2-under 70. He is in solo second place after 18 holes.

Garrett Barber (77), Nicholas Arcement (79), Trey Winstead (80) and Connor Gaunt (80) rounded out the scores for LSU’s starting five for a team score of 18-over 306. LSU is in a tie for 12th place alongside Mississippi State. The Tigers had three individual players in action and Michael Sanders shot 77, Chris Woollam carded a 79, and Hayden White scored a 83.

Illinois turned in the low team round of the day with a 5-over 293, and Jerry Ji of Illinois holds the solo lead at 3-under one stroke ahead of LSU’s Drew Doyle.