Voting for the Greatest Men’s Basketball Games in the history of the LSU/Pete Maravich Assembly Center. 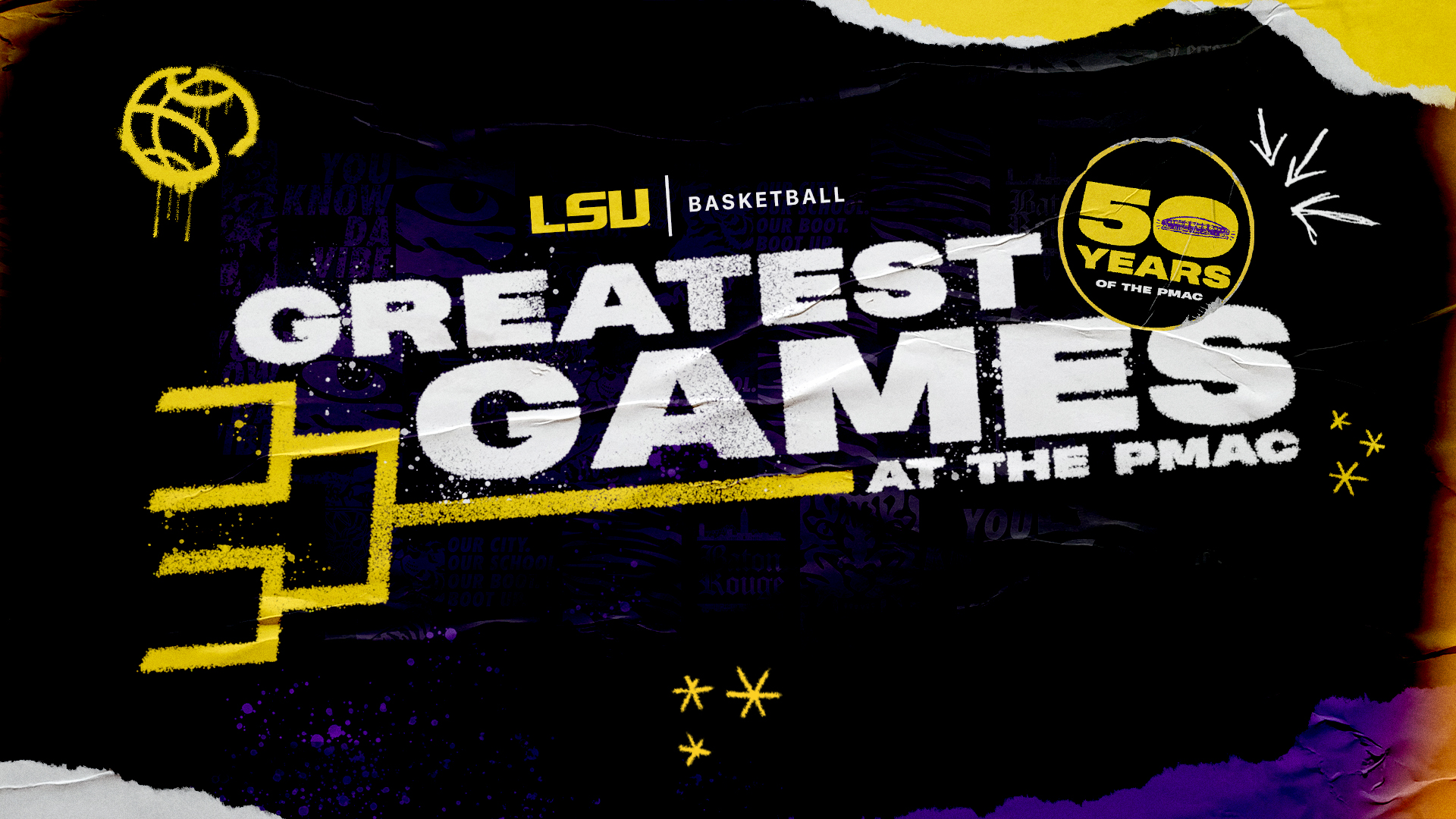 Voting for the Greatest Men’s Basketball Games in the history of the LSU/Pete Maravich Assembly Center.

BATON ROUGE – Voting for the Greatest Men’s Basketball Games in the history of the LSU/Pete Maravich Assembly Center continues with the start of voting for the second round in Bracket 1 and 2.

All voting will be by the fans based on votes collected on the LSU Sports Mobile App.

The winners of the two games in each bracket will reach the final round of bracket play later in January, with the greatest game in the PMAC eventually announced at the 50th anniversary game celebration Feb. 12, 2022.

The matchups in Bracket 1, Round 2: 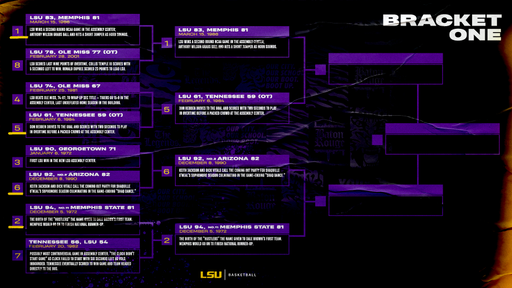 No. 5 – LSU 61, Tennessee 59 (OT) — February 6, 1984
Don Redden drives to the goal and scores with two seconds to play in overtime before a packed crowd at the Assembly Center.

No. 6 — LSU 92, No. 2 Arizona 82 — December 8, 1990
Keith Jackson and Dick Vitale call the coming out party for Shaquille O’Neal’s sophomore season culminating in the game-ending “Shaq Dance”.

The matchups in Bracket 2, Round 2:

For the second time this season, Ricky Blanton hits a shot, this time a 3 pointer, in the waning seconds for the win.

The advancing games based on the fan vote on the LSU Sports Mobile App:

No. 3 –LSU 82, Tennessee 80 (OT) — February 23, 2019
Two Javonte Smart free throws in overtime made the difference as Smart filled in for an injured Tremont Waters and LSU pulled another upset

No. 1 – LSU 83, Memphis 81 – March 15, 1986
LSU wins a second round NCAA game in the LSU Assembly Center. Anthony Wilson grabs ball out of scrum and hits a short jumper as horn sounds.