Bracket One Voting Begins on the LSU Mobile App 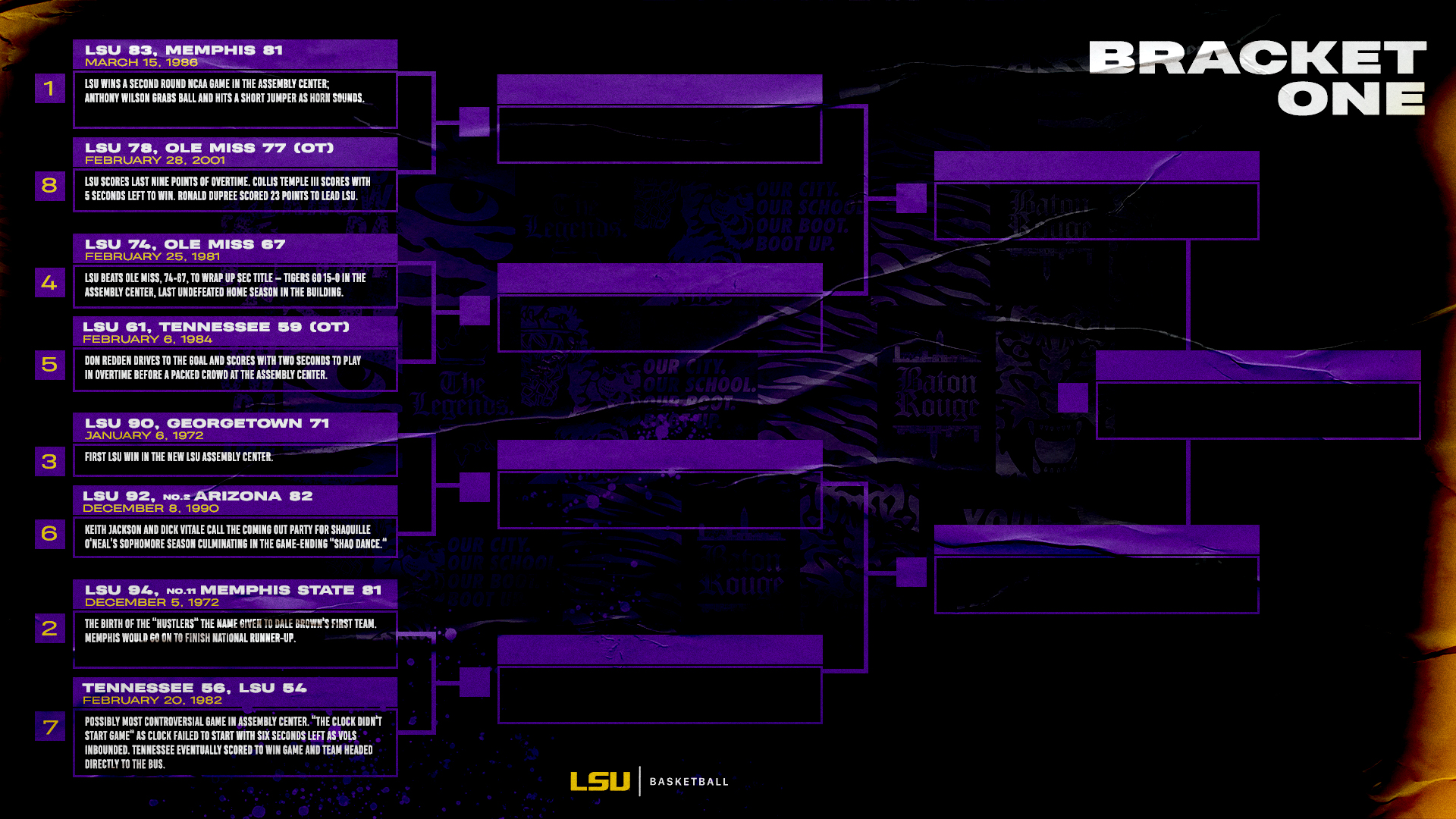 BATON ROUGE – The selection of the Greatest Game at the Pete Maravich Assembly Center begins Tuesday afternoon at 3 p.m. on the LSU Sports Mobile App with voting on the four first-round games in Bracket One.

To vote go to the app at LSUsports.net/apps and vote for your choice in each of the four seeded matchups in Bracket One. Voting for this bracket will be open through Sunday, Nov. 14, at noon CT. Bracket Two will go on for voting just prior to the LSU-Liberty game on Monday, Nov. 15.

The four winners will meet in second round games later in the season with the greatest game in the PMAC eventually announced at the 50th anniversary game celebration Feb. 12.

All voting will be by the fans based on votes collected on the LSU Sports Mobile App.

The matchups in Bracket One:

No. 6 – LSU 92, No. 2 Arizona 82 – December 8, 1990
Keith Jackson and Dick Vitale call on ABC the coming out party for Shaquille O’Neal sophomore season culminating in the game-ending “Shaq Dance.”

No. 7 – Tennessee 56, LSU 54 – February 20, 1982
Possibly most controversial game in Assembly Center. “The Clock Didn’t Start Game” as clock failed to run in final six seconds as Vols eventually scored to win game. Team left the floor and headed directly to the team bus to leave.