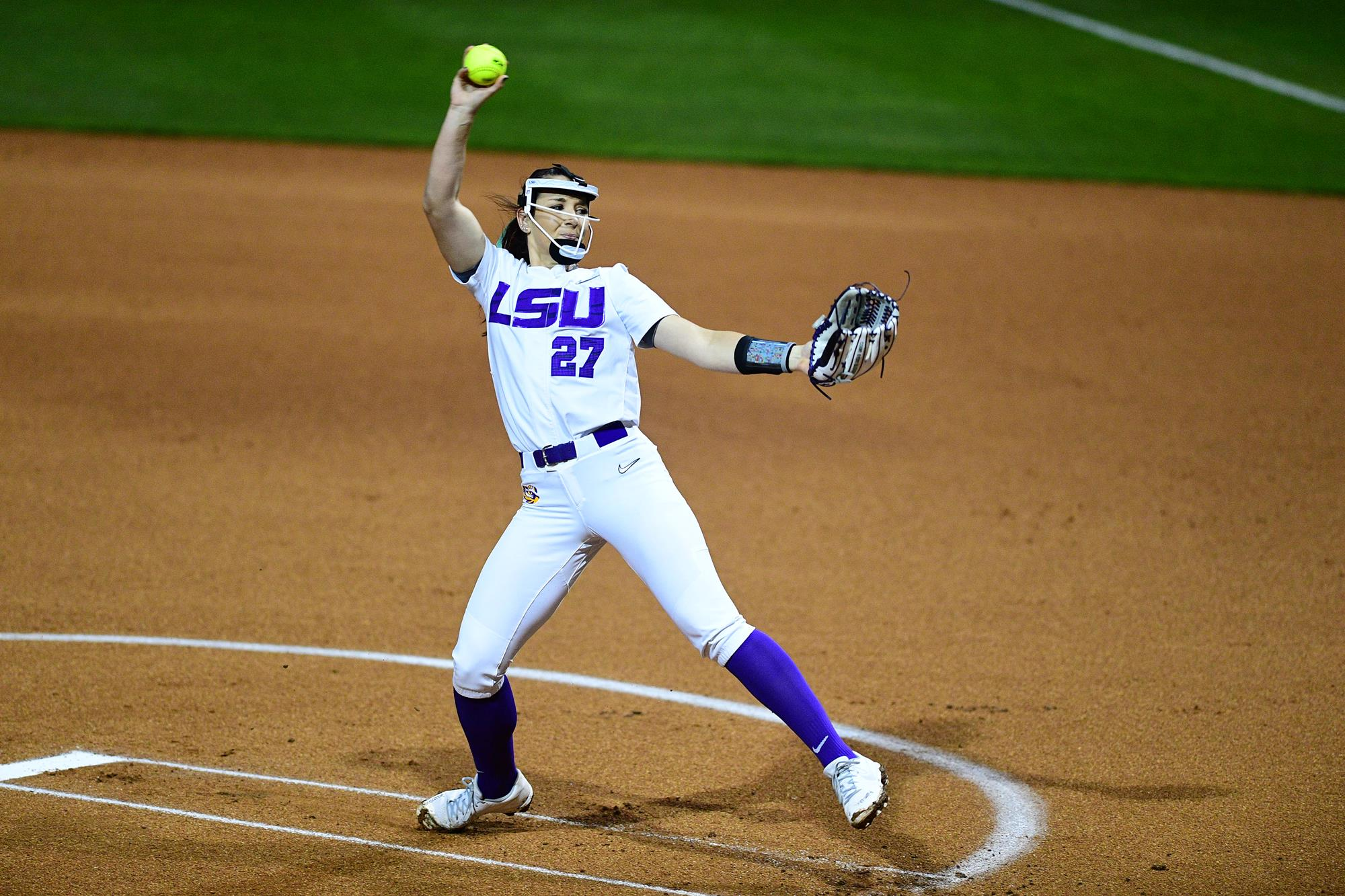 BATON ROUGE – The 5th-ranked LSU softball team defeated McNeese State in run-rule fashion Thursday night 8-0 in six innings in their season opener. The Tigers start out the season 1-0 while McNeese State falls to 0-1.

LSU will continue the Tiger Classic Friday as it takes on Duke at 6:30 pm. this game will be available on SEC Network+ and via live stats.

In the top of the first Shelbi Sunseri was hot in the circle for the Tigers and retired McNeese in order, striking out the first two Cowgirls of the game. The Tigers took a 3-0 lead in the bottom of the first with two back-to-back home runs from Taylor Pleasants and Amanda Doyle. Georgia Clark added a single to right center which was followed by two walks and a hit batter to push her across the plate.

McNeese threatened in the top of the fourth with their first baserunner of the night but tight defense from the Tigers shut down the threat.

Sunseri led off the fifth with a triple down the right field line and a wild pitch from McNeese plated Sunseri for the Tigers’ fourth run of the night. Cummins singled to center and Akiya Thymes entered to pinch run, and an error from McNeese landed Tigers on first and second with one out. Briggs crushed her first career home run over the centerfield wall to plate three more, taking a 7-0 lead.

McNeese threatened with a runner on second in the sixth but solid defense from the infield shut the inning down. The Tigers closed out the bottom of the sixth securing the run rule victory 8-0 over McNeese with a solo dinger to center from Sunseri.

Shelbi Sunseri took control in the circle with six strikeouts and moved to 1-0 for the season. She also had a big night at the plate going 2-3 with a triple and homerun.

On the depth of the team..

“We have a few spots that are really competitive this season so you’re going to see a lot of different faces this weekend. It’s a long tournament weekend and so I think we’re going to see that come out.”

“She’s a special pitcher, a special hitter and a special kid. She came out extremely sharp tonight and even though it was shocking to see her this sharp in the first game of the season, it isn’t surprising. She came in after Christmas break in mid-season form and she’s an extremely hardworking. I would put her up against any two-way player in the country right now.”

How did it feel to shut McNeese down early in first..

“Of course, there a lot of unknowns coming into a season but after the first inning when Shelbi shut them down then Taylor came out and crushed that pitch it made us able to breathe a little bit and just go out there and play LSU softball.”