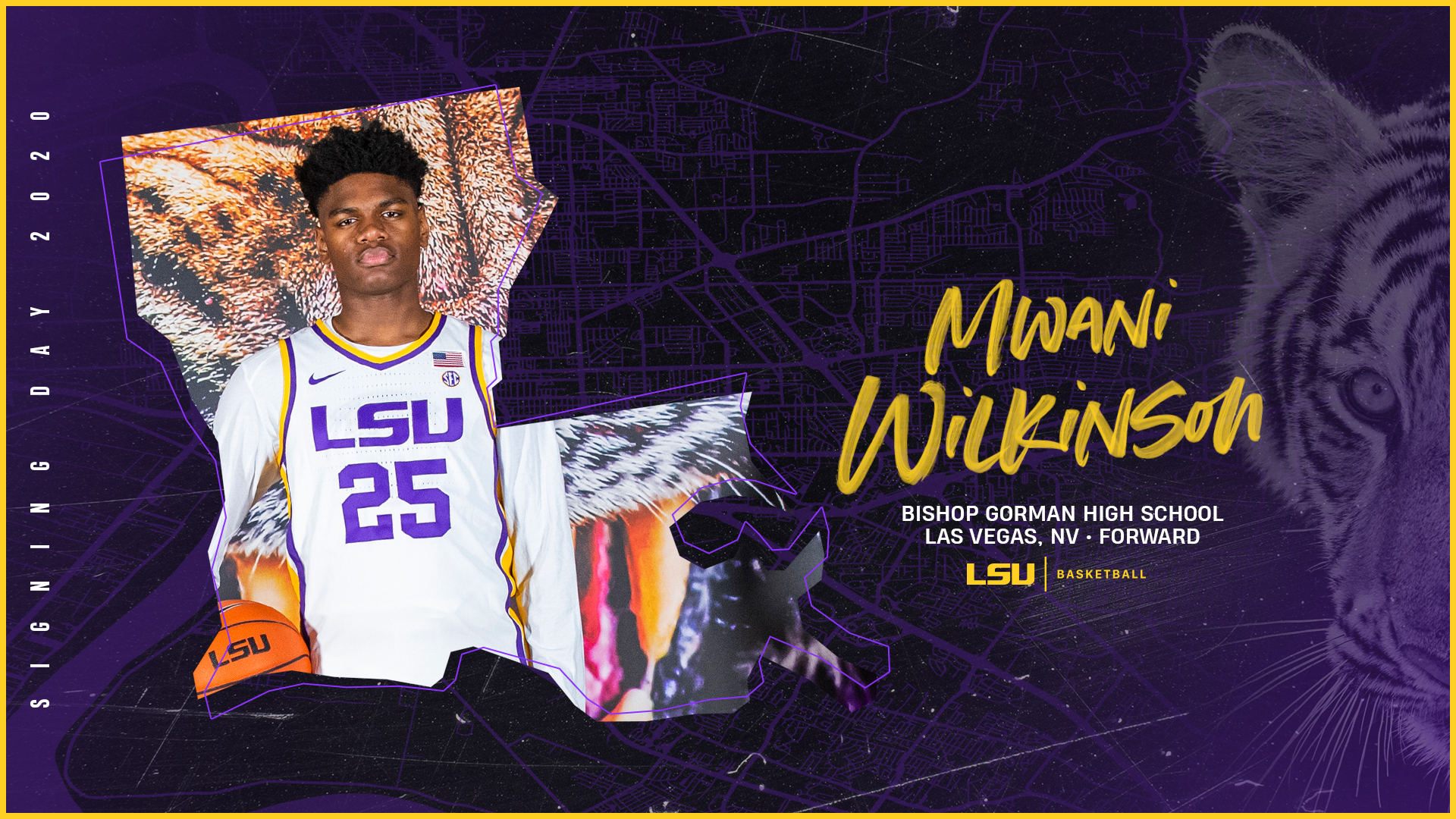 BATON ROUGE – LSU Basketball added its first national letter-of-intent signee on Wednesday when the papers of four-star forward Mwani Wilkinson were received and approved by the LSU Athletics Department.

Wilkinson is a 6-6 forward from Bishop Gorman High School in Las Vegas, Nevada. He was ranked No. 86 by ESPN in the ESPN 100 for the Class of 2020 and the No. 19 small forward in the country according to 247sports.com.

“We are excited to have Mwani Wilkinson join us from Las Vegas as he returns to his Louisiana roots as part of our LSU Basketball program,” said LSU Coach Will Wade. “He is a blue-collar player with a tremendous amount of athleticism who can rebound on both ends of the floor. He has elite versatility on defense to go with his developing offensive skills. Mwani is a very hard worker whom every time I’ve seen him gets better.”

Wilkinson’s Bishop Gorman team finished 29-3 on the season and was ranked fourth nationally. The Gaels won the Nevada Class 4A title for a ninth consecutive year, winning the championship game, 65-37, over Desert Pines.

Wilkinson was named the Southwest League MVP and was a member of the Nevada Preps All-Southern first team.

The Tigers also have transfer Josh LeBlanc, who transferred from Georgetown. LeBlanc is from Baton Rouge (Madison Prep Academy) and practiced with the team during the conference portion of the season after returning to Baton Rouge.