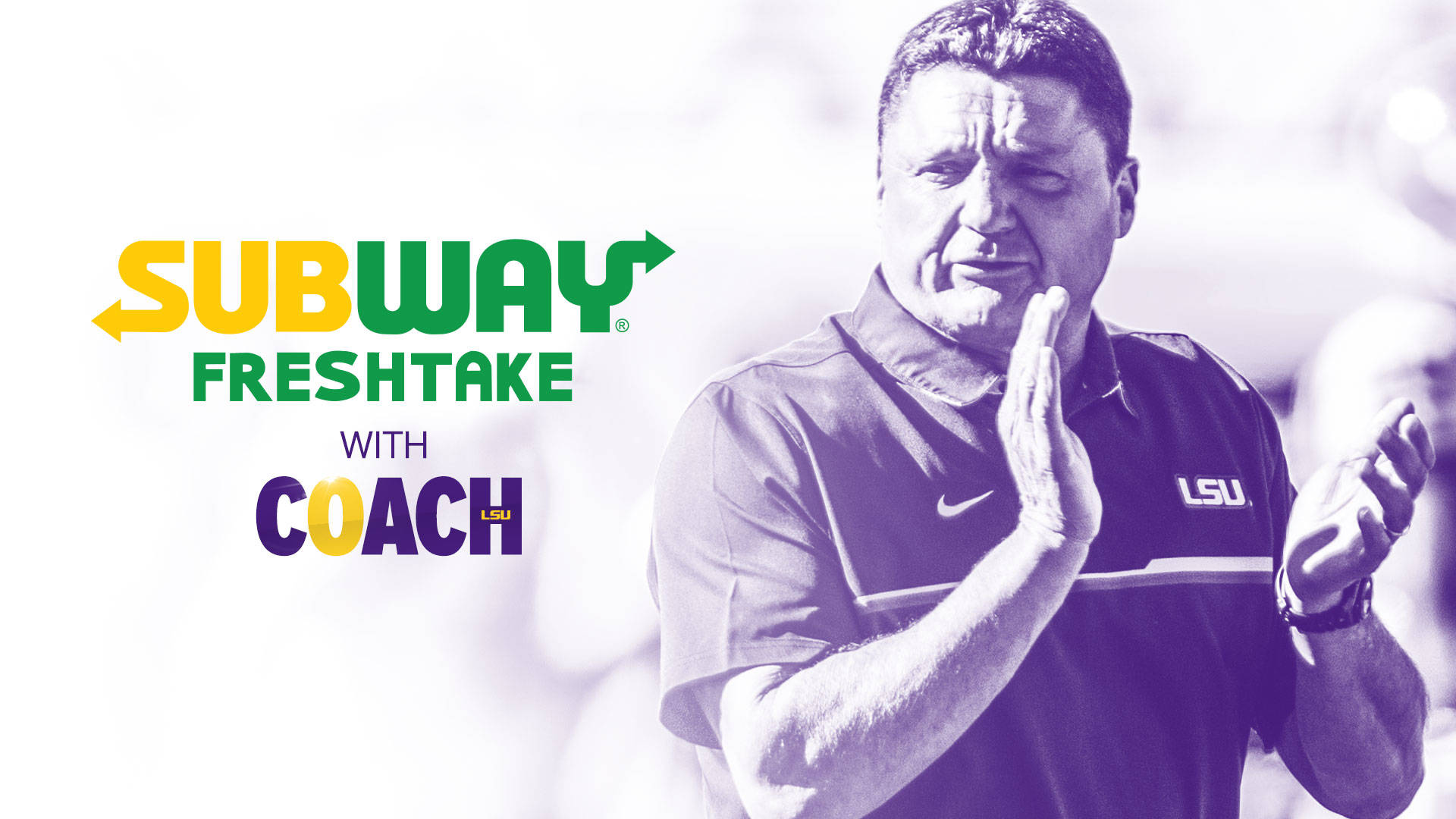 Fans are invited to join football head coach Ed Orgeron along with “The Voice of the Tigers” Chris Blair on Mondays prior to LSU football games for Subway Fresh Take with Ed Orgeron.

Audio of the show along with coach Orgeron’s weekly press conference will be aired from 12:10 – 1 p.m. CT on 104.5/104.9 FM in the Baton Rouge area, on LSUsports.net and in the LSUsports Mobile Apps (LSUsports.net/apps). The show is also available on select LSU Sports Radio Network affiliates.

Live video of “Subway Fresh Take” will also be available free at LSUsports.net/live and on Facebook Live.

The show will include coach Orgeron’s entire press conference live from the Lawton Room adjacent to Tiger Stadium, as well as commentary from Blair and Rush.