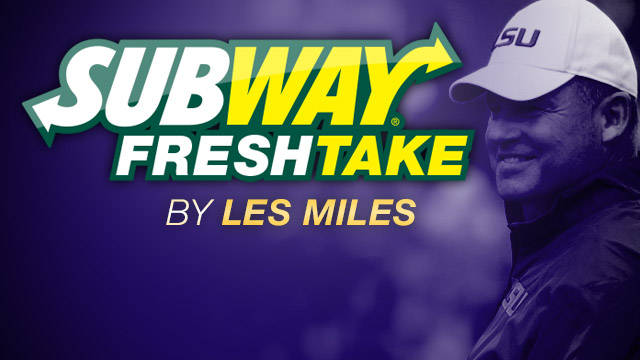 Fans are invited to join football head coach Les Miles along with “The Voice of the Tigers” Jim Hawthorne and Gordy Rush on Mondays prior to LSU football games for Subway Fresh Take by Les Miles.

Live video of “Subway Fresh Take by Les Miles” will also be available to members of the Geaux Zone online – and now in the LSUsports Mobile Apps (www.LSUsports.net/apps) to members with an in-app upgrade. Click here to view Geaux Zone membership packages.