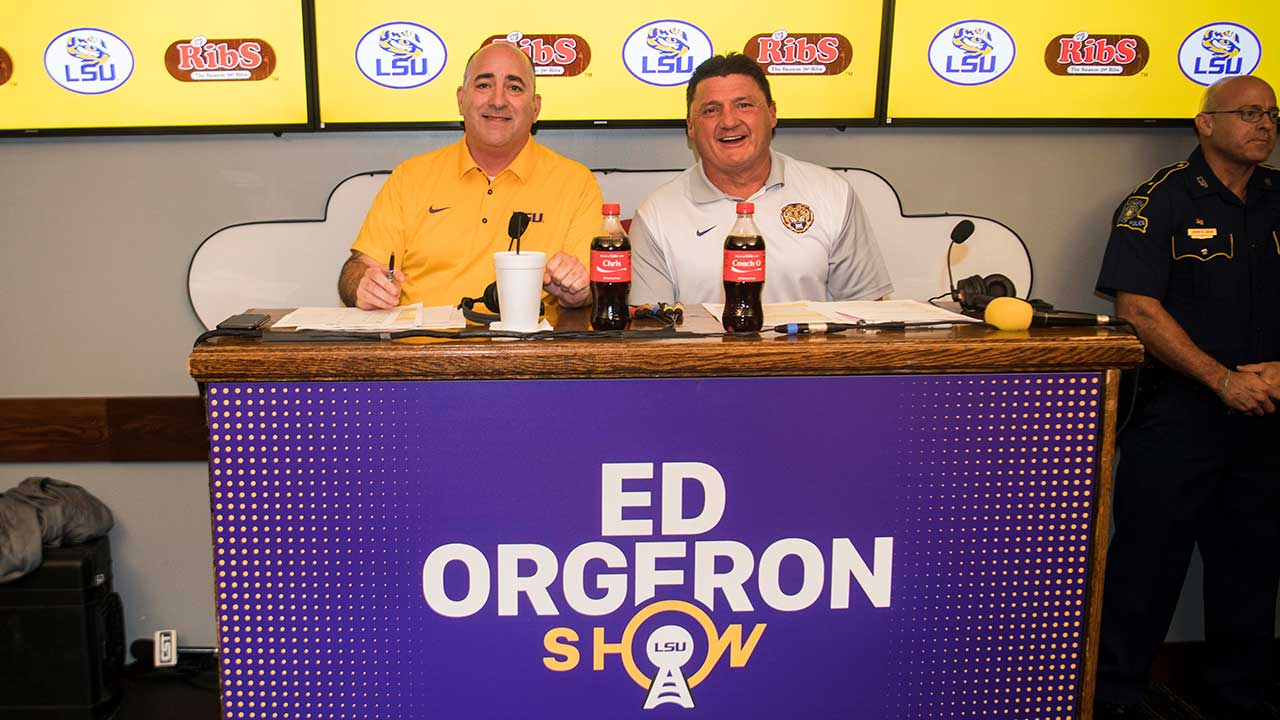 Use the links below to listen to or watch LSU Athletics Coaches radio and television shows on-demand at LSUsports.net/watch.

For more than two decades, the LSU Athletic Department has produced in-house weekly television and radio coaches shows. Over the years, this practice has expanded from football and men’s basketball to include women’s basketball and baseball.

Since the 1999-2000 season, all coaches shows have been streamed live and/or made available on-demand on LSUsports.net. LSU was among the first universities to offer such a subscription-based service to its fans through what is now called the “Geaux Zone.”

Through the years, internet-only shows such as “The Dot TV Show” and “Tiger Talk presented by TJ Ribs” (began in 2008) have also be offered as a supplement to the 30-minute coaches TV shows.