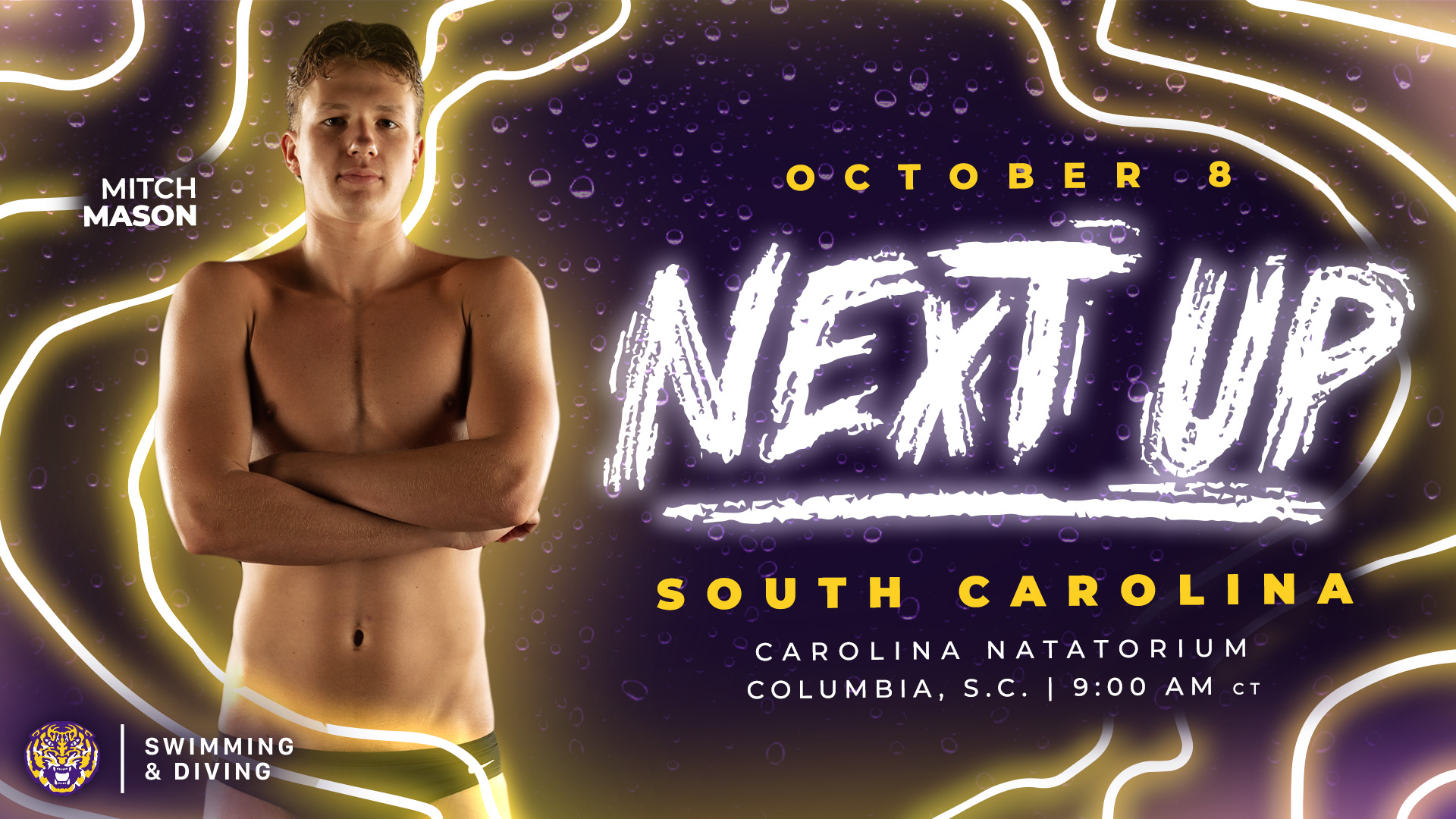 BATON ROUGE, La. – The LSU swimming and diving team heads to Columbia, S.C., Saturday to take on the Gamecocks in the Tigers’ first conference dual meet inside Carolina Natatorium. The meet is slated to begin at 9:00 a.m. CT.

“We are looking forward to going to Columbia to compete against South Carolina,” head swimming coach Rick Bishop said. “Anytime that we get the opportunity to compete against another SEC program it’s special. The SEC is the most competitive conference in the country. We know that South Carolina men and women are great competitors, and we are looking forward to the challenge of facing them in their home pool. We expect that our Tigers will rise to the challenge and bring their best performances in Columbia.”

The LSU diving team, which did not compete in the first regular-season meet of the season, is preparing for its opening act Saturday. Head diving coach Drew Livingston entering his first season is looking forward to seeing what the fierce competition of the SEC brings out in his divers.

“This is going to be a great opportunity for us to face some of the best diving competition in the SEC right out of the gate,” Livingston said. “I know our athletes are excited! This is a great way for us to kick off our season and I can’t wait to see our athletes compete.”

On the diving side, LSU faces a talented crop of divers from South Carolina including the SEC Co-Diver of the Year, Brooke Schultz. Schultz, who transferred to South Carolina from Arkansas prior to the 2021-22 season, also picked up SEC Diver of the Meet at the 2022 SEC Championships. LSU, in response, sends the Female Freshman Diver of the Year Chiara Pellacani and an All-SEC Freshmen team member Adrian Abadia to compete in the highly competitive field.

In the first dual meet of the season, unlike LSU’s tri-team meet against Vanderbilt and Tulane, both men and women will compete Saturday. Including new LSU record holder Maggie MacNeil, the Tigers first swimming national champion since 1988, Brooks Curry looks to improve on his junior campaign.

Behind MacNeil’s strong outing for her first meet in the purple and gold, LSU won 12 of the 14 events. To start out the season, the Tigers took the top two spots in the 4×50 medley relay.

In the individual events, Jolee Liles opened the distance event slate with a win in the 100-yard free, finishing with a time of 10:06.85. Allison Tomsuden rounded out the top-3 on the event with a time of 10:17.89.

To close out the meet, Bridges snagged first place in the 100-yard fly and Womer claimed first in the 200-yard IM.