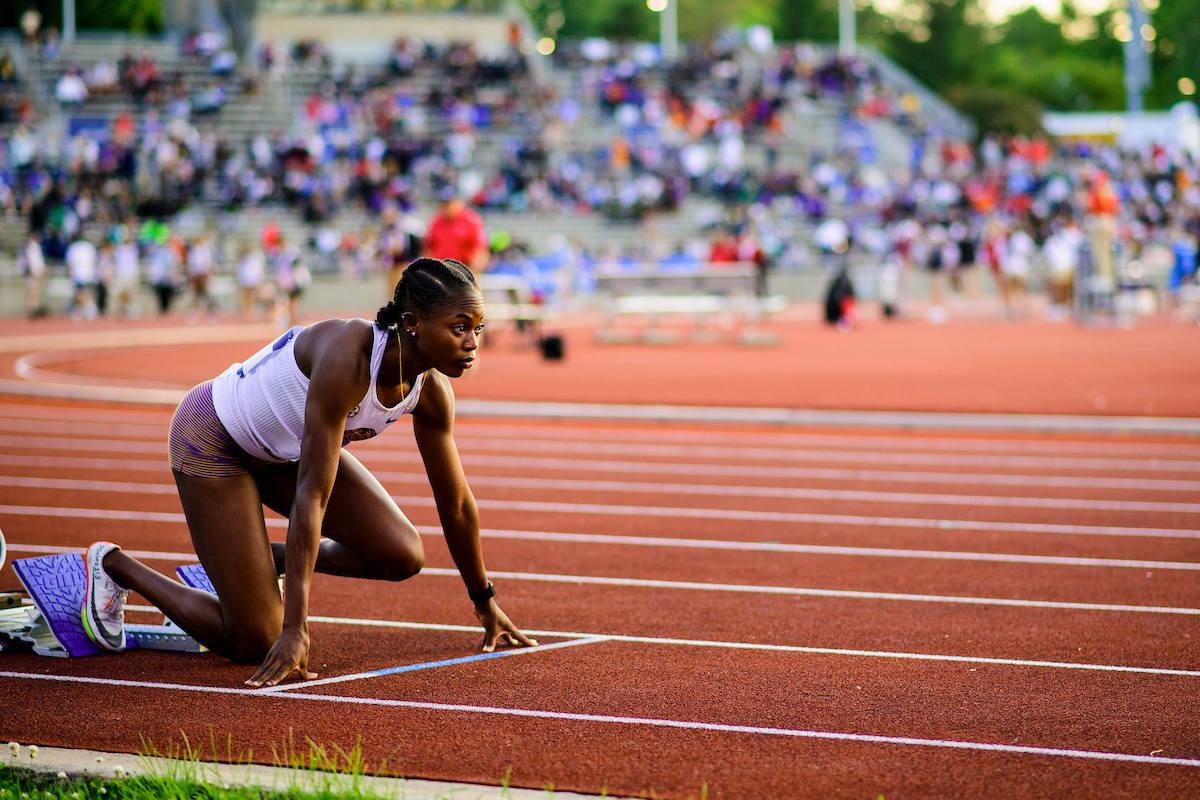 BATON ROUGE, La. — LSU’s Favour Ofili was one of ten female track and field athletes selected as a semifinalist for The Bowerman, the highest individual honor in collegiate track and field.

Ofili had an impressive outing at the national championships in Eugene, racking up a team-high 13.25 points as LSU finished fourth with 39 points. Individually, Ofili took silver in the 200 meters with a time of 22.05 and fifth in the 100 meters with a readout of 11.17.

She also collected a fourth-place finish in the 4×100 meter relay, as the quartet of Alia Armstrong, Tionna Beard-Brown, Thelma Davies and Ofili circled the track in a time of 42.62 to collect five points for the Tigers.

Ofili ran a collegiate record-setting time of 21.96 in the 200 meters at the Tom Jones Memorial in Gainesville, Florida, on April 15. It was also the fastest 200-meter time in Nigerian history.

Her personal best of 10.93 seconds that she recorded at the SEC Championships ranked as the third-fastest in Nigerian history. Both of her times this season, the 10.93 and 21.96, rank inside the top 10 of the world this year. The time of 10.93 also made her the 10th fastest performer in collegiate history.

A native of Port Harcourt, Nigeria, Ofili will look to carry her momentum into the summer as she represents her home country in the World Championships in July.

Ofili is the 13th Bowerman semi-finalist in school history and the fifth female to receive the distinction. It is the second consecutive year that the women’s team has produced a semifinalist (Tonea Marshall, 2021), and the fourth straight year the track and field program has fielded a semifinalist. LSU has played host to The Bowerman for the past two seasons, as Sha’Carri Richardson and Ju’Vaughn Harrison won it in 2019 and 2021, respectively. Kimberlyn Duncan also won the award in 2012.

Finalists for The Bowerman will be announced on June 27.