Sam Burns in the 2022 U.S. Open Practice Round - photo credits to USGA 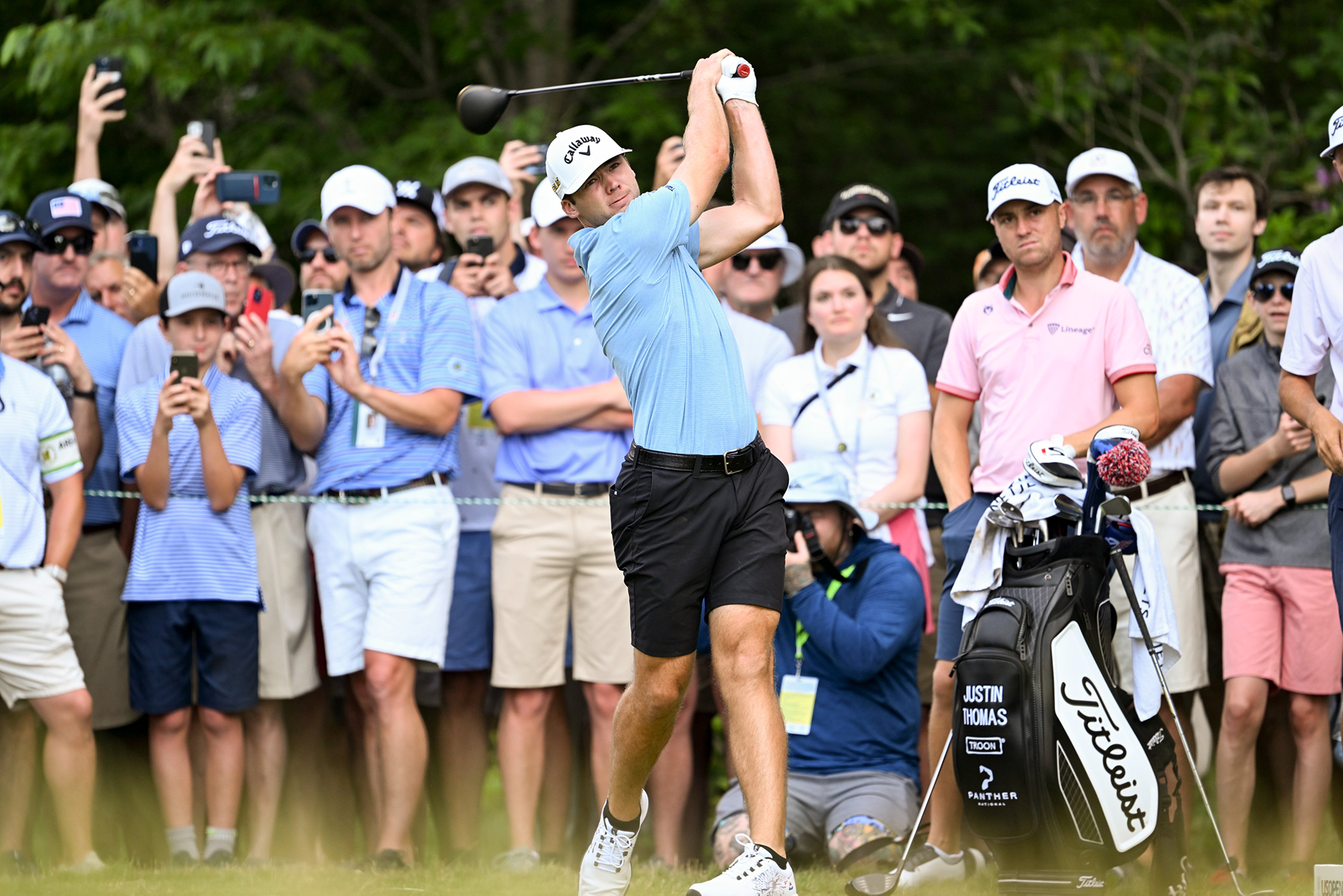 BATON ROUGE – Sam Burns, a former LSU all-American, will make his fourth appearance in the U.S. Open starting on Thursday when the 122nd edition of the Grand Slam event takes place at The Country Club in Brookline, Massachusetts.

Burns tees off at 12:14 p.m. CT on Thursday and will be paired with Abraham Ancer and Thomas Pieters. The group will tee off on No. 10 and the action can be seen on USA Network as well as NBC.

Burns, a native of Shreveport and the winner of the 2017 Jack Nicklaus Player of the Year as a sophomore at LSU, is currently ranked ninth in the Official World Golf Ranking.

In 17 starts in 2021-22, Burns has won three PGA Tour events and finished in the top 10 eight times. He’s currently ranked No. 2 in the FedEx Cup standings.

Since winning the Valspar Championship on March 20 of this year, Burns has gone on to finish second at the Zurich Classic in New Orleans and then won the Charles Schwab Challenge on May 29. Last week, Burns carded a 14-under total to place in a tie for fourth at the Canadian Open.

Burns other PGA Tour victory this season came in October when he posted a 72-hole total of 22-under to claim the Sanderson Farms Championship.

This will mark Burns’ third appearance in a major championship this year. He tied for 20th at the PGA Championship in late April at 1-over par (71-67-71-72—281). He missed the cut at The Masters in early April by one stroke.

At LSU, Burns left as the school’s record holder for career scoring average (71.13) and his 70.05 stroke average in 2016-17 ranks as the best in school history dating back to 1982. Burns won four tournaments during his LSU career, including the NCAA Regional played at the University Club in Baton Rouge in 2017.