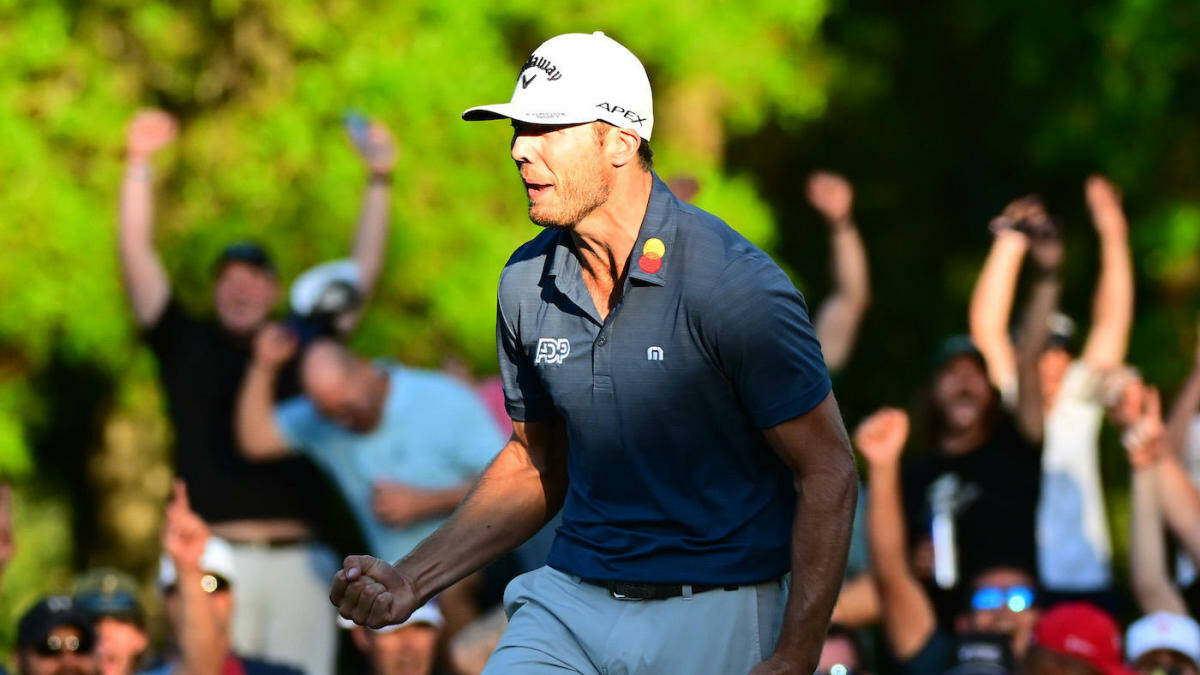 Palm Harbor, Fla. – Sam Burns won his third career PGA Tour title on Sunday afternoon at the Valspar Championship as he drained a 32-footer to defeat Davis Riley on the second playoff hole of the day at the Copperhead Course.

“This is crazy,” Burns said while collecting himself after the scintillating win. “Just tried to stay steady today, and we didn’t make a lot of mistakes. If you can just work your way around the course on Sunday and make a bunch of pars and make a few birdies here and there it works well. I’m just so happy.”

Call Him Sammy Valspar@Samburns66 drains this 32 footer for his third career win! He has successfully defended his Valspar title from a year ago!

For Burns, the win moves him up to No. 2 in the 2021-22 FedExCup Standings, and with his three wins dating back to the 2021 Valspar Invitational he is tied for the most wins on Tour in that timeframe. He’s won at the 2021 Valspar, the 2021 Sanderson Farms Championship, and today.

Burns and Riley both finished at 17-under 267 after 72 holes of play, and it might have not even gone to a playoff if it wasn’t for Burns’ clutch bogey putt on his 17th hole of the day. He went in the bunker off the tee on the par 3 17th before his play out of the sand landed just short of his target spot leaving him a delicate chip. The chip buzzed by the cup by nine feet, but Burns nailed that comebacker bogey putt to maintain his one shot lead.

Riley birdied the 17th to get level with Burns before they both parred the par 4 18th. Both men parred the first playoff hole, No. 18, before they moved over to No. 16 for the second playoff hole. Burns missed the fairway on his drive but was able to land his 198-yard approach shot just on the edge of the green a little over 30 feet away.

Burns pulled out the flatstick and played before Riley, who was closer to the hole, but off the green. Burns’ birdie attempt had great pace and rolled all the way around the cup before falling to send the crowd into a frenzy. Riley’s ensuing chip never really had a chance to go in.

The win will move Burns back into the top 10 of the Official World Golf Rankings.