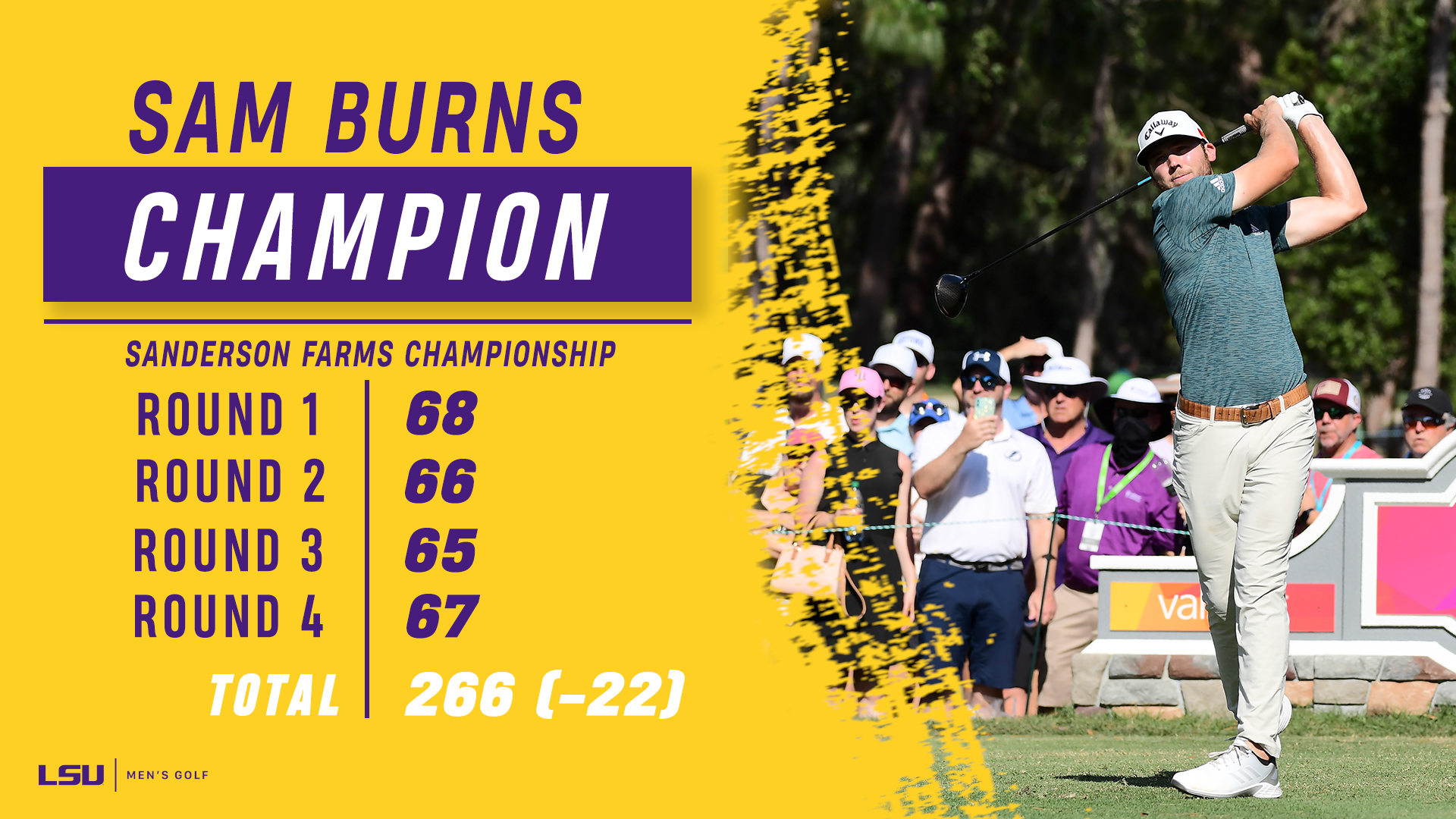 Jackson, Miss. – Former LSU men’s golfer Sam Burns picked up the second win of his PGA Tour career on Sunday at the Sanderson Farms Championship. Burns won the event at 22-under 266 which made him the victor over Nick Watney (-21) and Cameron Young (-21).

“This is one of my favorite events on Tour and I always enjoy it,” Burns said after the event. “Close to home so my family and friends can come and support. Just glad to get this win in my first start of the new season, and looking forward to carrying this momentum throughout the season.

“I knew if I went out there and put together a solid round I’d have a chance to win. For me, coming down the stretch, I just stayed focused and try to put a good swing on every shot and trust what I was doing.”

Burns’ ball striking was superb the whole event as he hit 63 of 72 greens in regulation for the tournament. Burns fired rounds of 68, 66, 65, and 67 to win the event. The total of 22-under 266 was the lowest at the tournament since the name of the tournament changed to the Sanderson Farms Championship in 2013.

Burns now has PGA Tour wins at the Sanderson Farms Championship and the Valspar Championship (May 2021). With the win, Burns earns exemption status on the PGA Tour through the 2023-24 season, and it gets him into the following tournaments in 2022 – Sentry Tournament of Champions, The Players Championship, The Masters, PGA Championship.