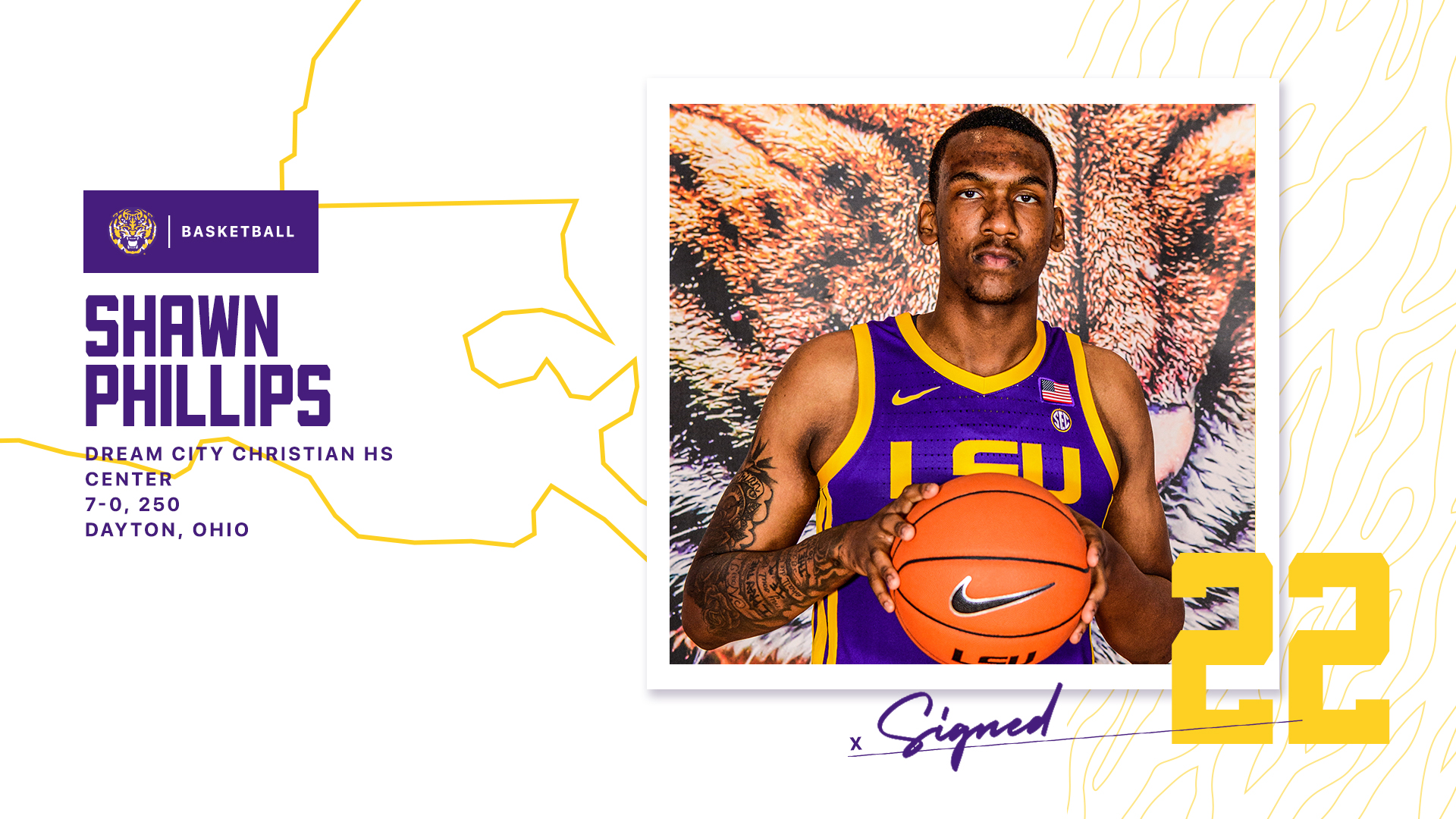 Phillips played this past season for Dream City Christian in Glendale, Arizona. The native of Dayton, Ohio was ranked No. 50 in the Class of 2022 by Rivals.

Phillips was named the defensive Player of the Year by The Grind Session, which is a winter circuit of elite high school basketball events to prepare players for the next chapter of their basketball careers. He averaged 15.9 points, 14.7 rebounds and 3.4 blocks per game for Dream City.

“We are excited to welcome 7-foot forward Shawn Phillips to the LSU family,” said Coach McMahon. “Shawn is a physical, tough, and competitive addition to our front court. He is a shot-blocking rim protector and active rebounder on the defensive end of the court. With his size and mobility, he is a strong finisher around the rim. We love the development in his game over the last two years and look forward to coaching him in Baton Rouge.”

Phillips was an offensive juggernaut during the season at Dream City, earning Grind Session Player of the Week multiple times with several double doubles against a national schedule. He finished the season shooting 62 percent from the field.

He was also a Southwest nominee for the McDonalds All-America game.

Phillips played at Ypsi Prep at Ypsilanti, Michigan in 2021 and Belmont High in his hometown of Dayton prior to that.