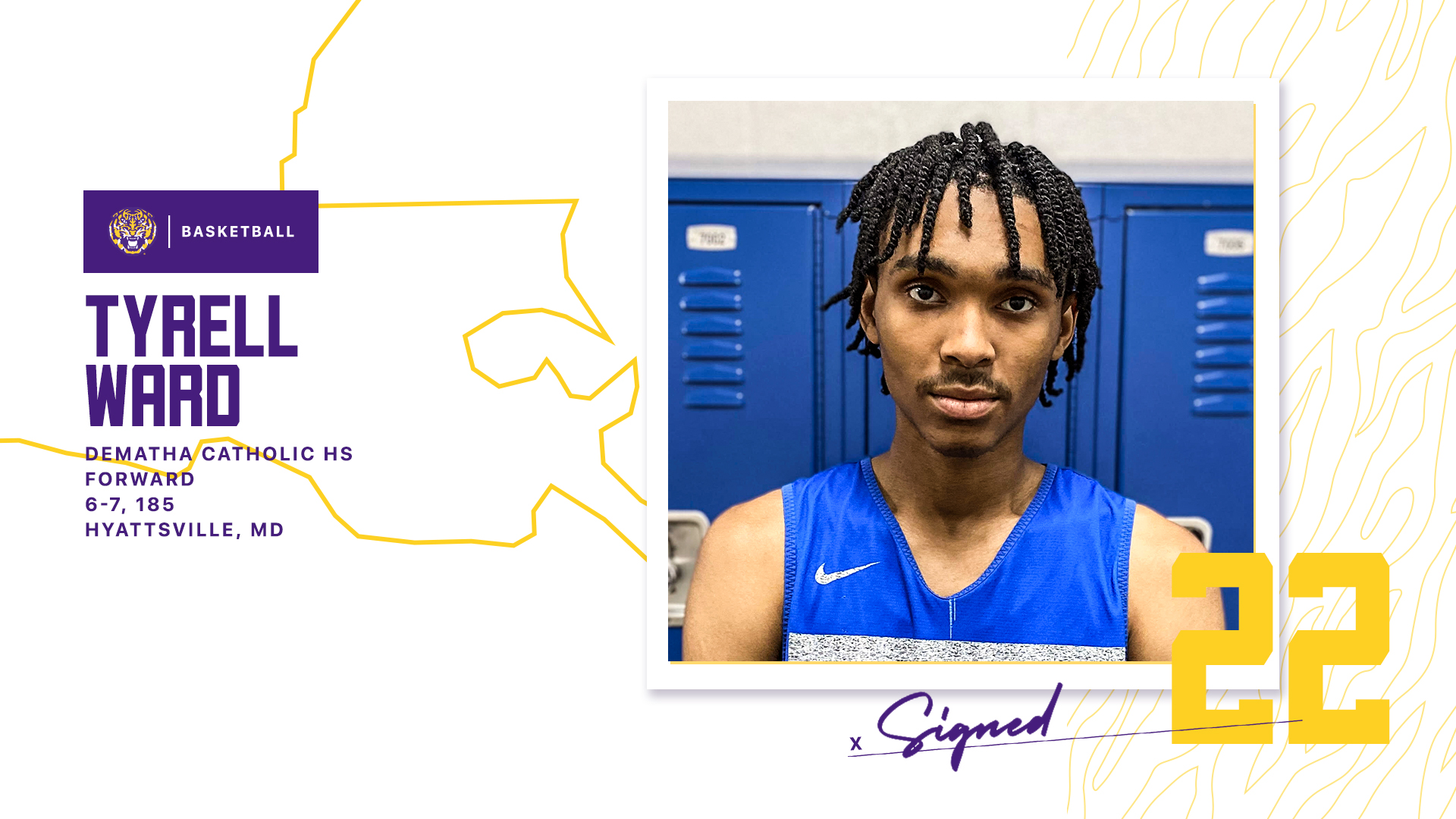 “It is another special day in Baton Rouge as we welcome Tyrell Ward to the LSU family,” said Coach McMahon. “Tyrell is a very skilled guard at 6-7 who can score the ball at all three levels. We love his three-point shooting combined with unique ability to finish at the rim in a variety of ways. Tyrell has a great basketball IQ and is passionate about becoming the best player he can be. We can’t wait to coach him at LSU.”

Ward played for Boo Williams’ EYBL team based in Virginia and averaged 16.4 points and 5.4 rebounds. He was a 2021 Peach Jam all-second team selection.

Ward is the third prep signee in the spring signing period along with Jalen Reed of Jackson, Mississippi (Southern California Academy) and Corneilous Williams of Meridian, Mississippi (Combine Academy).