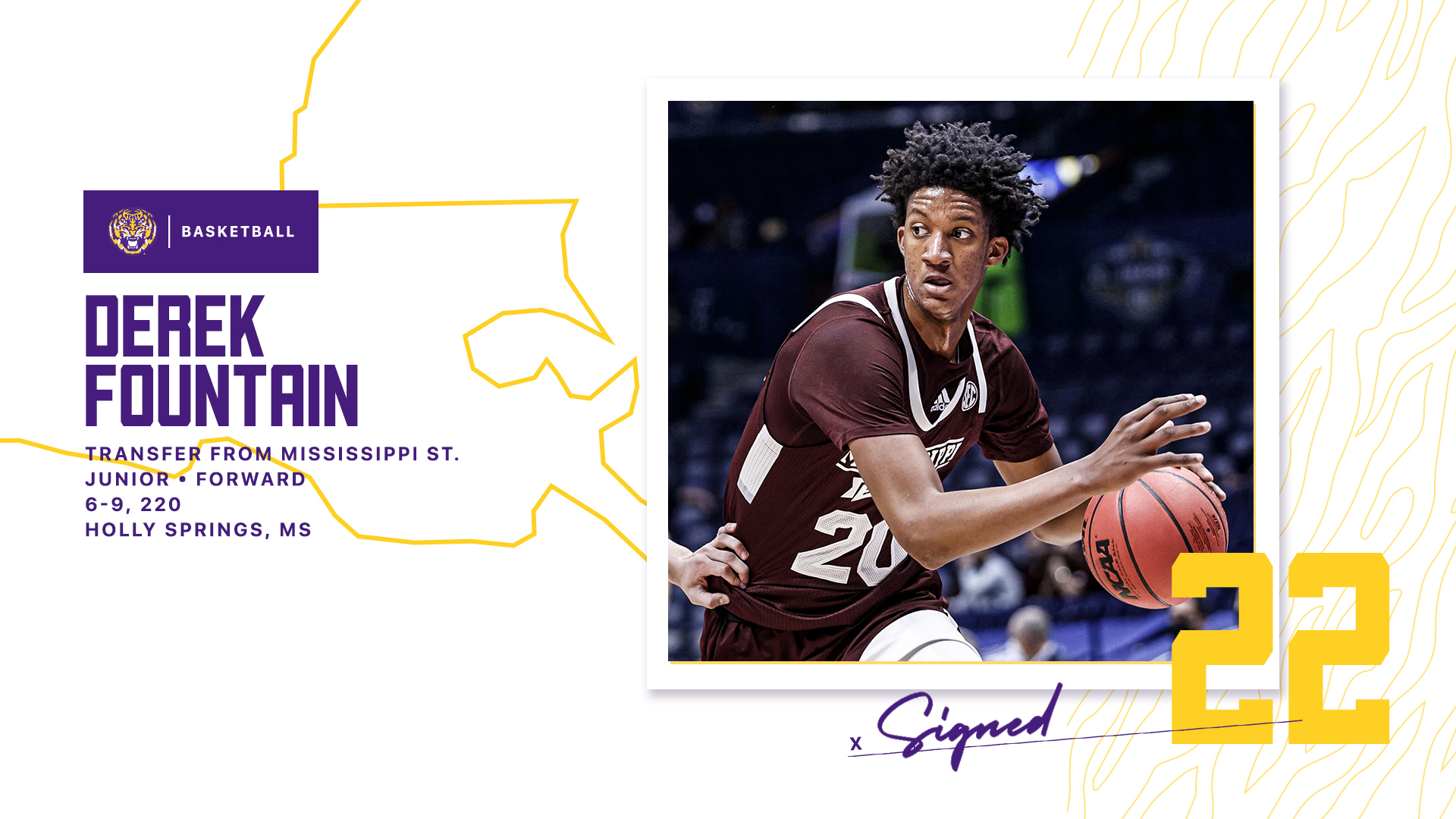 Fountain had his best career game in the 2021 game with Mississippi State in Starkville when he was 8-of-12 from the field to score 20 points and grab seven rebounds against LSU.

His other two games in double figures came in the team’s run to the 2021 NIT finals with 10 versus Saint Louis and 15 against Louisiana Tech in the NIT semifinals.

“We are thrilled to welcome Derek Fountain to Baton Rouge,” said Coach McMahon. “We have been familiar with Derek for a long time and he fits the culture we are building at LSU. We love his versatility at 6-9 with his ability to shoot the 3, rebound, and defend multiple positions. We are excited about his opportunity to make an impact at LSU and can’t wait for his arrival on campus this summer.”

This past season, Fountain played in 25 games with three starts, averaging 1.8 points and 1.8 rebounds.

Fountain’s mother, Bernita Fountain, was a two-year basketball letter winner at Southern Miss during the 1987-88 and 1988-89 seasons.

Coach Matt McMahon has now signed Fountain for the 2022-23 season and other transfers Cam Hayes of North Carolina State, Justice Hill and Trae Hannibal from Murray State and Kendal Coleman from Northwestern State. The Tigers also inked Combine Academy’s Corneilous Williams and have Mwani Wilkinson and Justice Williams set to return to LSU after originally entering the transfer portal.