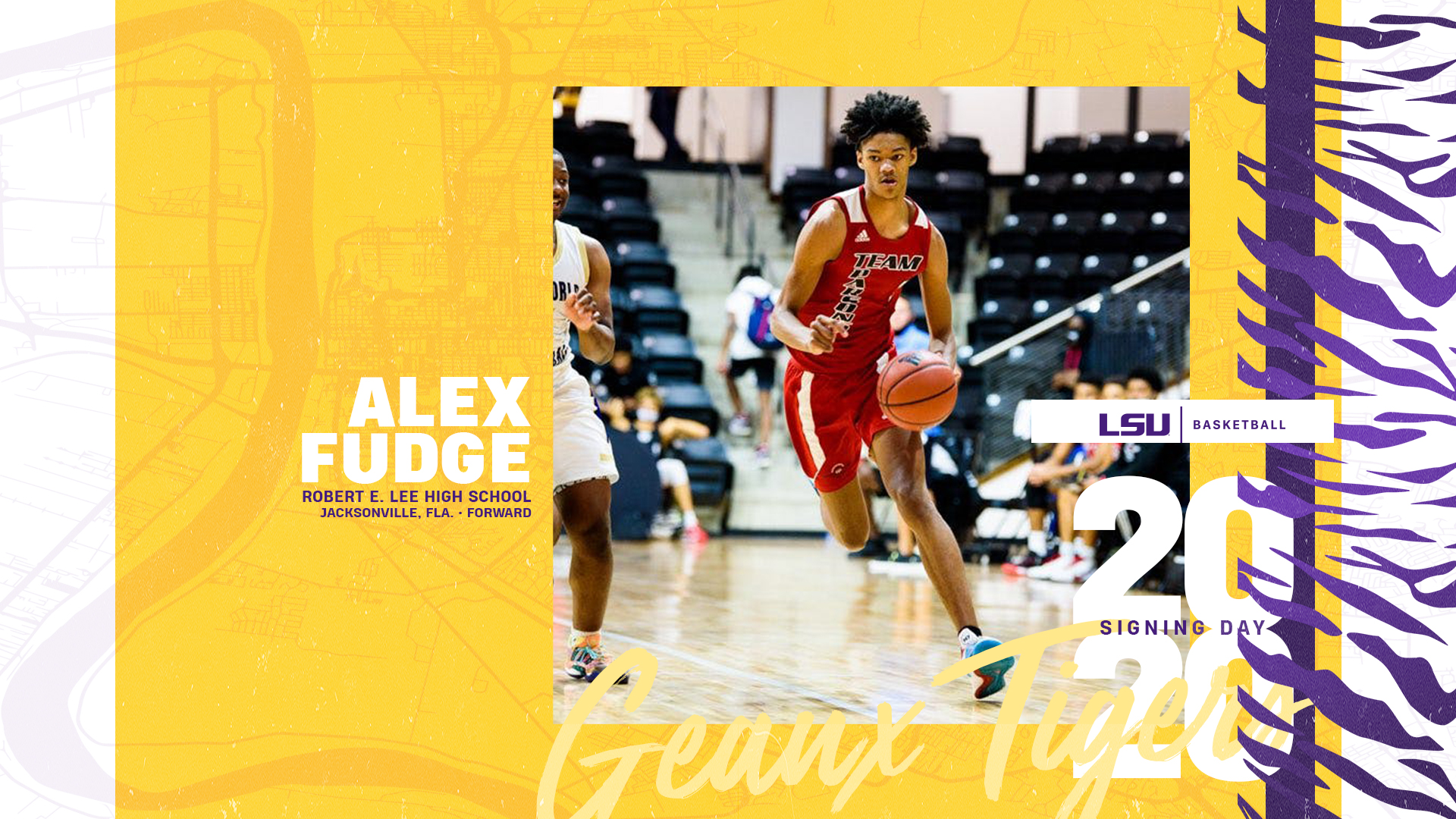 BATON ROUGE – The LSU Basketball team has received its third letter-of-intent for the fall signing period when the papers were approved by LSU Athletics Monday for Alex Fudge of Robert E. Lee High School in Jacksonville, Florida.

“We are excited to have Alex Fudge join our LSU Basketball program,” said LSU Coach Will Wade. “Alex is a tremendous person who will be a great ambassador for our program on and off the court. We are very excited about his versatility on both ends of the floor. He can score at all three levels and is disruptive on the defensive end as well. We can’t wait to get to work with Alex.”

Rivals has Fudge listed as No. 47 nationally and No. 11 at the position, while ESPN lists him at No. 57 in the country and No. 13 at small forward. The 247sports composite rankings puts him at No. 44 nationally and No. 8 at small forward. He is a consensus four-star recruit. He also took part earlier this month in the Pangos All-American Festival in Phoenix, Arizona featuring the top high school stars.

Fudge, who has family in the Lafayette area, has a seven-foot wingspan. Speaking of family, Fudge’s father played football and ran track in college, and his mother played collegiate basketball.

Fudge is the third signee of the fall period for the LSU program which is ranked 10th in the 247sports.com composite basketball rankings. He joins previous signees Brandon Murray from the IMG Academy in Bradenton, Florida; and, Jerrell Colbert a center who will play his senior season at Houston High in Germantown, Tennessee.