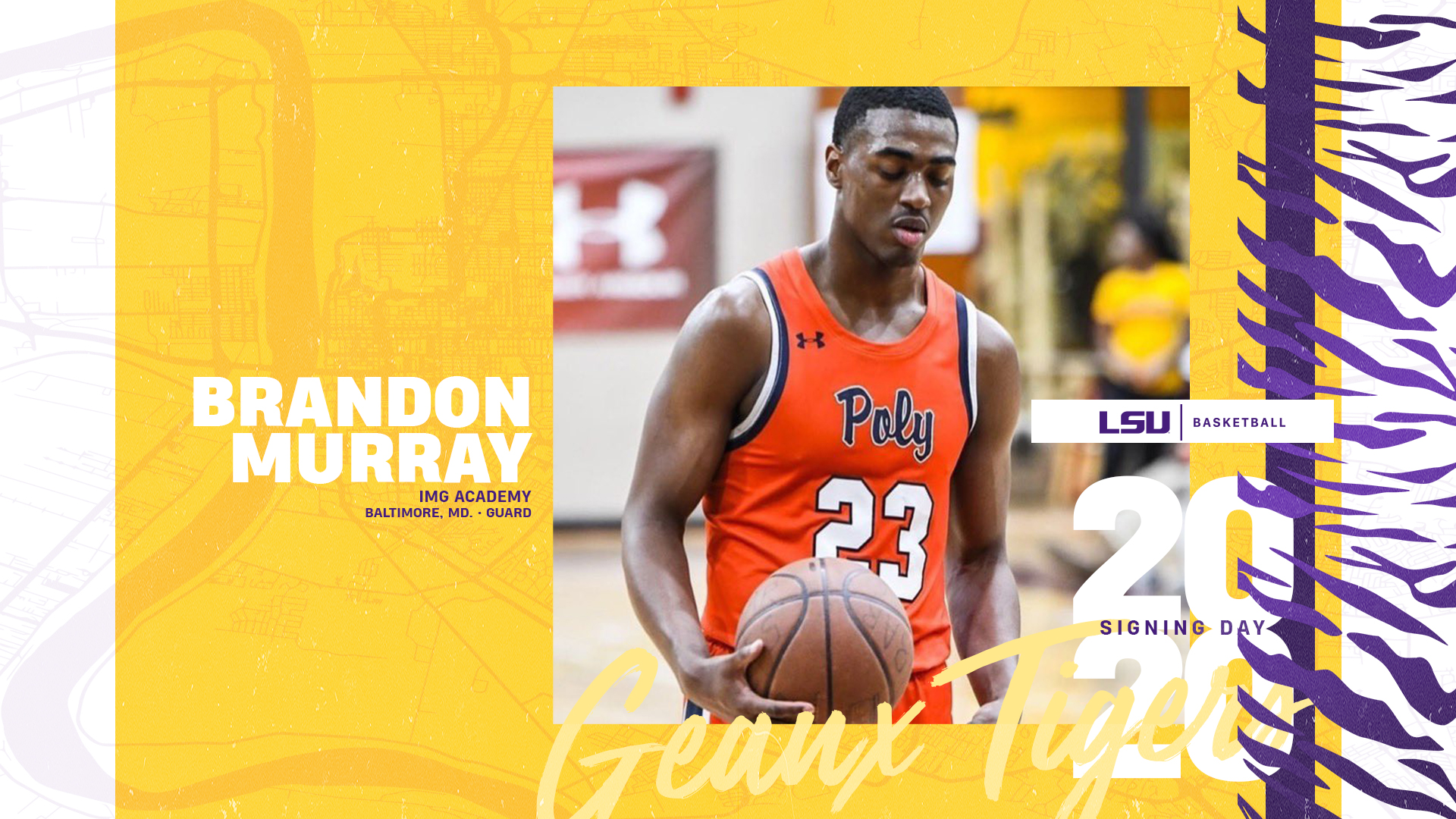 The 6-5 Murray will play this coming year at IMG Academy in Bradenton, Florida.

“We are glad to have Brandon Murray signing with LSU Basketball,” said Coach Wade. “Brandon is a prolific scorer and shooter. He is one of the hardest workers that I have ever recruited. He is a rugged, tough player on both ends. His ability to score makes him an exciting addition to our team for the 2021-22 season.”

Murray, who was born in New York, but grew up in Baltimore, played at Poly High in Baltimore before moving to IMG Academy.

He averaged 21.7 points last season for Poly High, hitting some 53% from behind the three-point arc and an impressive 65 percent of his overall shots. He was named the Mr. Maryland Basketball for the 2019-20 season by the Maryland Basketball Coaches Association. He was also named the Baltimore City Player of the Year.

He is listed as a four-star recruit by ESPN while Rivals lists him at No. 41 at the shooting guard position and the 247 composite rankings post Murray at No. 47 at the position.