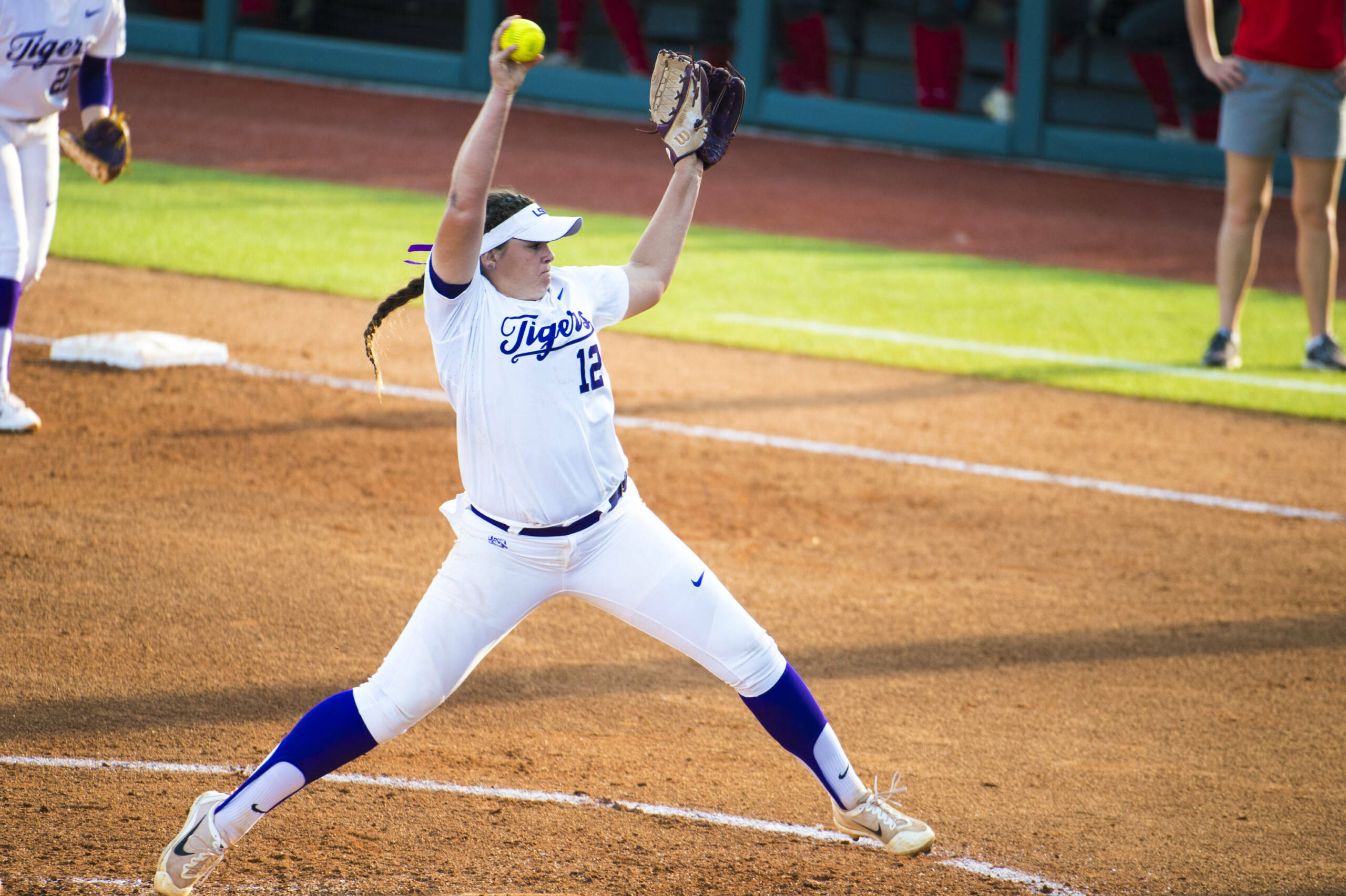 BATON ROUGE – Sophomore right-hander Sydney Smith limited Fairfield to one run on three hits Friday evening to lead No. 18 LSU to a 2-1 victory in Game 2 of the 2017 Baton Rouge Regional at Tiger Park.

With the win, LSU has advanced to face UL-Lafayette Saturday at Noon at Tiger Park. Fairfield will take on McNeese in an elimination game Saturday at 2:30 p.m. LSU and McNeese will be the home teams for Games 3 and 4, respectively.

Take a look at the updated bracket from Day 1 in Baton Rouge. pic.twitter.com/wgnzouc5li

Smith improved to 12-7 on the season after allowing one run on three hits in six innings.

Junior Carley Hoover fired the final inning and entered in the seventh with a runner on first. She earned her first save of the season and walked one.
Fairfield’s Destinee Pallotto suffered the loss after pitching a complete game. She fell to 13-12 after allowing two runs on three hits, walking one and striking out one.

“Well, it’s just how we drew it up,” head coach Beth Torina said. “This time of year, a win’s a win, and Fairfield gave us a great game. Obviously, they’re talented. They’ve been playing well lately. So they came out and did just that here and really gave us a great game. Congratulations to them on a great game. I’m proud of how our team battled. I thought we hit some balls hard, and it didn’t happen to fall in the right places. I thought we attacked it pretty well.”

The Tigers jumped out to the 2-0 lead in the bottom of the first inning. Junior Emily Griggs led with a single to the shortstop, and with one out, the centerfielder stole second base and moved to third on a throwing error by the catcher. LSU had runners in scoring position after right fielder Bailey Landry drew a walk and stole second. With two outs, third baseman Shemiah Sanchez sent a ball deep to right field and reached on an error by the right fielder, and Griggs and Landry scored to put LSU ahead.

Catcher Tori Reed reached on a throwing error by the third baseman and moved to second to put a runner in scoring position to lead off the seventh inning. In the next at-bat, first baseman Kristen Ball singled to left field to drive in Reed, cutting the LSU lead to 2-1.

“Sydney (Smith) started out a little slow on the mound but seemed to get stronger and stronger as the game went on,” Torina said. “I was really proud of how she was able to continue to make adjustments throughout. I think that’s hard to do, and that’s something that shows a lot of maturity and really stepped up for us to be able to have a big performance tonight.”