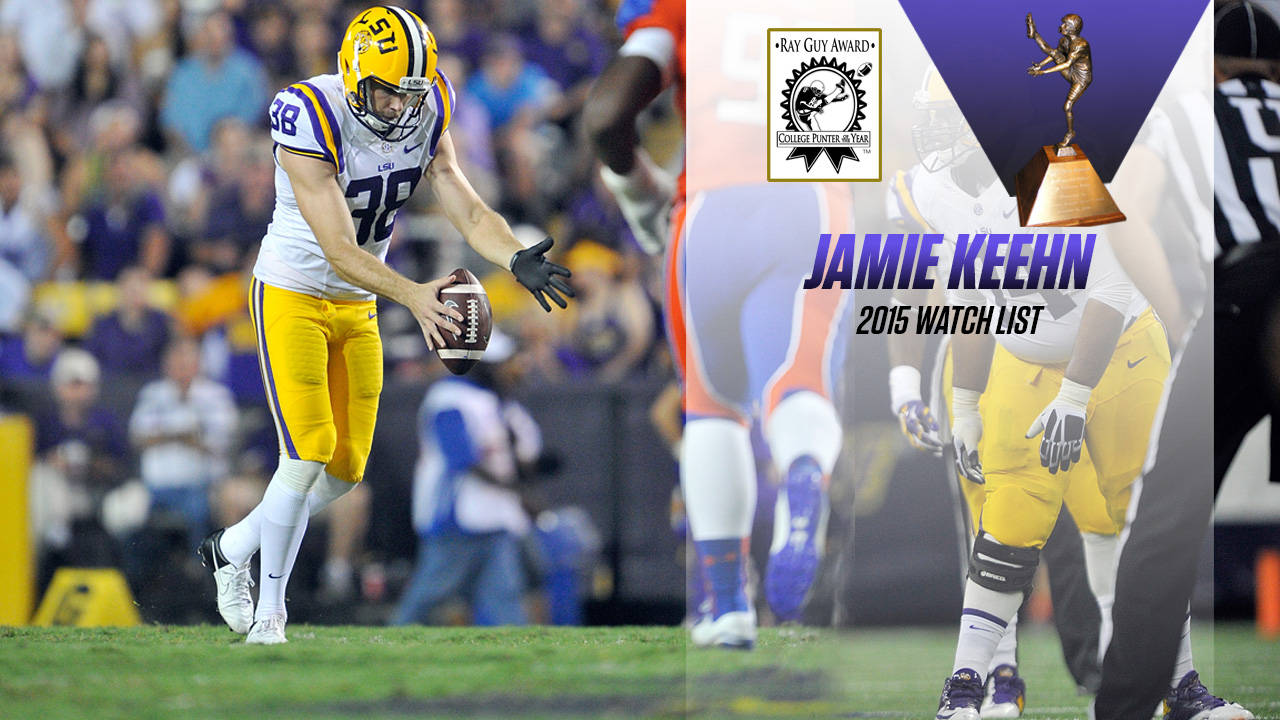 AUGUSTA, Ga. – LSU senior punter Jamie Keehn was among 25 players to earn a spot on the Ray Guy Award Preseason Watch List as announced Thursday by the Augusta Sports Council.

Keehn represents the third punter during the Les Miles era to be named to the Ray Guy Award preseason watch list. That list includes Chris Jackson (2006) and fellow Australian Brad Wing (2012). Wing also was a semifinalist for the award in 2011 and 2012.

Keehn heads into 2015 as LSU’s starting punter for the third-consecutive season. He set a school record with 3,189 punting yards and averaged 44.9 yards per punt which ranked second on the SEC leaderboard and was the third-highest clip in school history.

Keehn had 27 of his 71 punts (38 percent) pin opponents inside the 20-yard line and boomed 17 punts at least 50 yards en route to an All-SEC Second-Team selection in 2014. He had a career-high five punts downed inside the 20 versus No. 14 Wisconsin during the season opener.

A national body of Football Bowl Subdivision (FBS) sports information directors, coaches, media representatives, and previous Ray Guy Award winners will then vote for the top three finalists, to be announced on Nov. 23.

After the finalists are named, the voting body will cast ballots again to select the nation’s top punter. The winner will be announced live during The Home Depot College Football Awards airing on ESPN on Thursday, December 10, 2015.