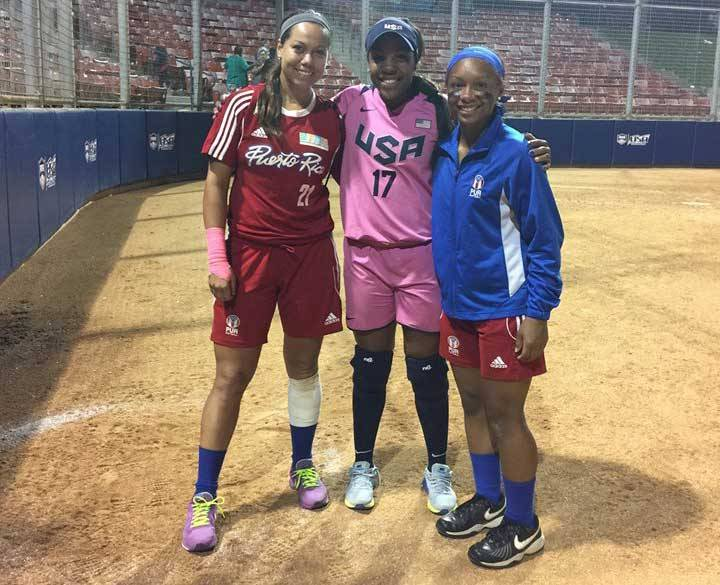 IRVINE, Calif. – Members of the LSU softball team opened a busy summer this past week, as four Tigers participated in the World Cup of Softball X in Irvine, California, in Bianka Bell, Sahvanna Jaquish, Emily Griggs and Shemiah Sanchez.

The United States came out on top and finished the event with a 7-1 record, defeating Japan in the title contest on Sunday 6-1. It was the eighth time that the U.S. has claimed the World Cup of Softball trophy, as Bell and Dobson were along for every second. The All-American from Tampa came off the bench against Puerto Rico and went 1-for-1 with a run scored, while going 1-for-3 with a run scored against Argentina during the competition.

Both Jaquish and Sanchez are repeat call-up’s for Team Puerto Rico, as Jaquish was on the senior team last season that traveled to the Netherlands for the world championships, while Sanchez was on the junior team that participated in the junior world championships. The duo were a part of some thrilling victories in the tournament, as Sanchez was the winning run against Venezuela, while Jaquish hit a two-run home run against the U.S. JWNT in a victory.

One of the standouts for that USA juniors squad was the outfielder Griggs, who finished multiple games with at least two hits for a team that finished with four wins. One of the best games in the tournament for the All-SEC Freshman Team member came in the group’s opener where she had three hits, two RBIs and two runs scored in a 14-0 win over Argentina. In a 10-4 win over Venezuela she went 2-for-4 with two runs scored, doing the same against Mexico in a 10-3 win.

The summer will continue for these Tigers as Dobson, Bell, Jaquish and Sanchez will take part in the Pan American Games in Toronto, July 15-26 before the U.S. contingent heads to the Japan Cup in Ogaki August 7-9. Griggs and the JWNT will play in some exhibition games and train before participating in the WBSC Junior Women’s World Championship at ASA Hall of Fame Stadium in Oklahoma City.