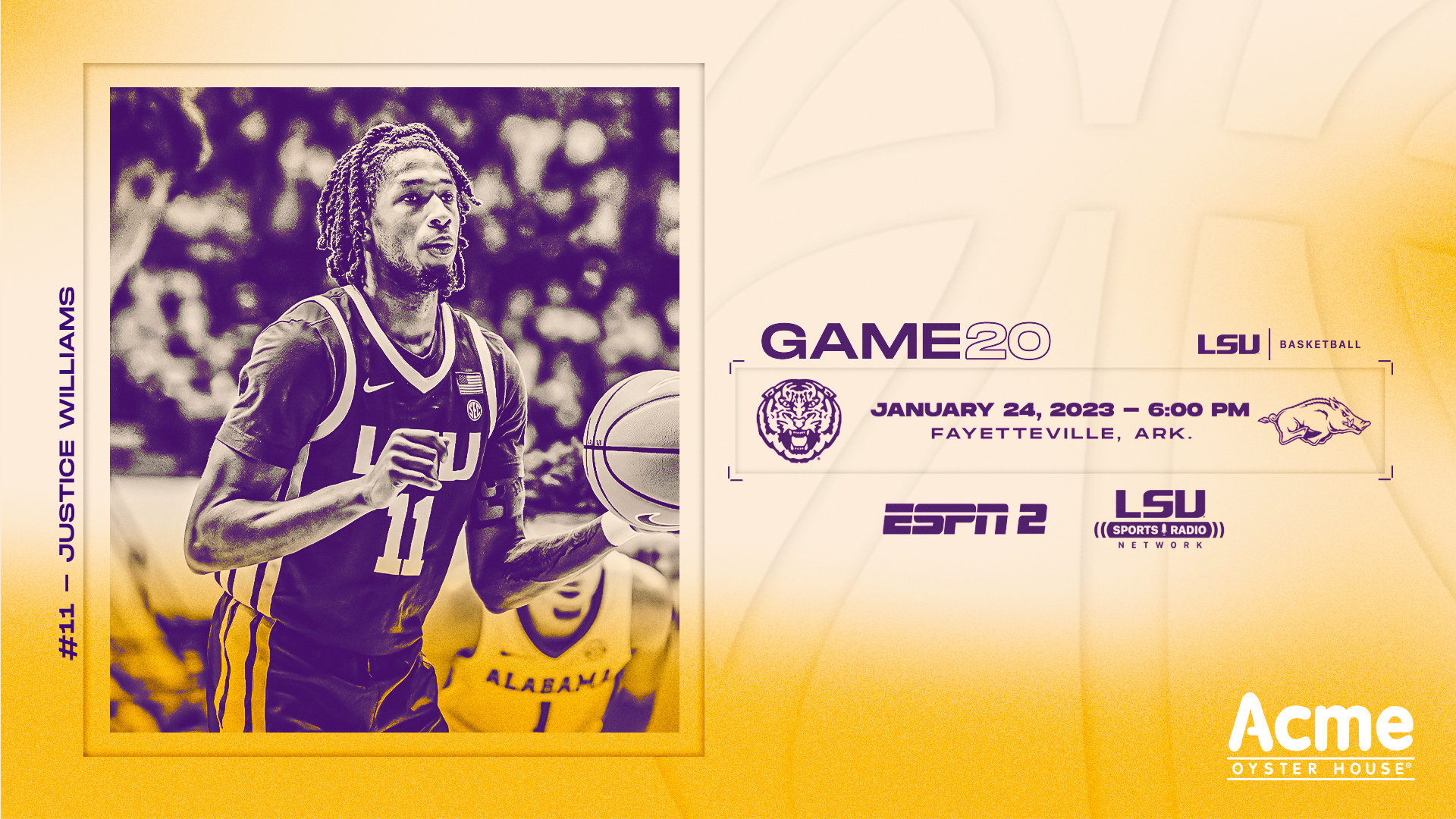 BATON ROUGE – The LSU Tigers travel to Fayetteville, Arkansas on Tuesday for their first rematch of the SEC season against the Arkansas Razorbacks at Bud Walton Arena.

The Tigers and Razorbacks will tip off just after 6 p.m. CT on the affiliates of the LSU Sports Radio Network (Guaranty Media flagship Eagle 98.1 in BR) with the Voice of the Tigers Chris Blair and former LSU Basketball Coach John Brady. Tom Hart, Jimmy Dykes and Marty Smith will have the television call on ESPN2.

The Tigers defeated Arkansas in their first meeting in Baton Rouge, on Dec. 28, 60-57. Trae Hannibal scored a game-high 19 points. The game featured 10 ties and seven lead changes with no team leading by more than six points throughout the game. Derek Fountain had 14 points and 10 rebounds for the Tigers.

Ricky Council IV leads Arkansas in scoring at 17.2 points per game, while Nick Smith Jr is averaging 12.8 points a game. Also, in double figures is Anthony Black at 12.7 points and Trevon Brazile at 11.8 points. Smith has been out for the last several games for the Razorbacks.

KJ Williams continues to lead the Tigers are 17.8 points per game and on Saturday against Tennessee he became the 122nd player, second this season, in college basketball, to post 2,000 points and 1,000 career rebounds.

LSU returns home after Tuesday’s game to host Texas Tech in the final renewal of the SEC/Big 12 Challenge series that will feature 10 games on Saturday. The LSU-Texas Tech game will tip at 1 p.m. Tickets are available at LSUtix.net.