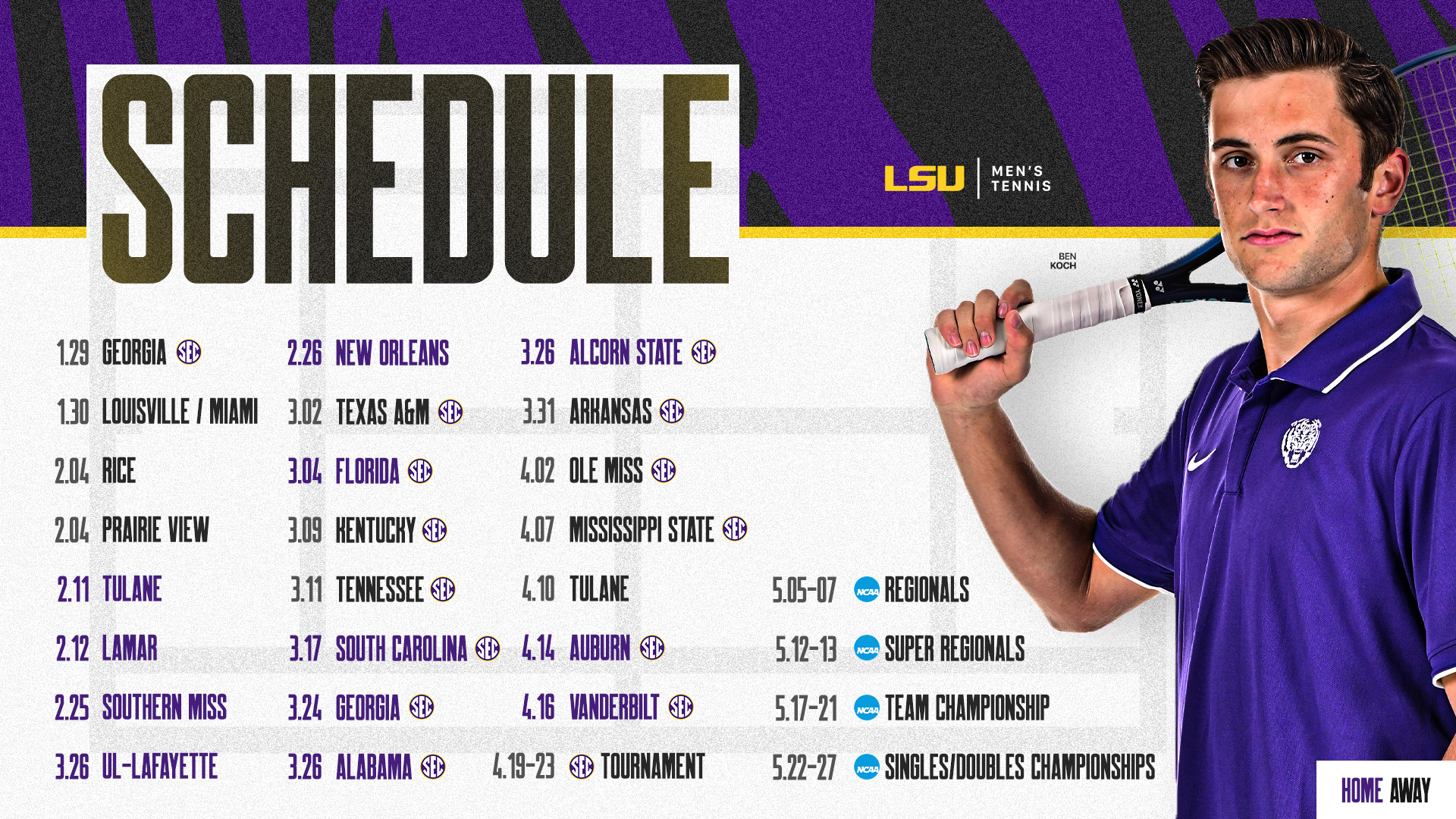 BATON ROUGE, La. – The LSU men’s tennis team announced its 2023 dual season schedule on Monday. The Tigers open their spring schedule with a trip to Athens, Ga. for the ITA Kick-Off Weekend, starting on Sunday, January 29.

Following the ITA Kick-Off Weekend, LSU will travel to Houston, Texas to face off against Rice and Prairie View on Saturday, February 4.

March marks the beginning of SEC play with LSU hitting the road to oppose Texas A&M (March 2). The Tigers will welcome Florida to the LSU Tennis Complex (March 4) before preparing for a set of travel matches. LSU will head to Kentucky (March 9) and Tennessee (March 11). The Tigers will travel back to Baton Rouge to face South Carolina (March 17). The next weekend, LSU is set to host a series of matches. The Tigers will compete against Georgia (March 24) before hosting Alabama and Alcorn State (March 26).

To close out the regular season, LSU will compete in a series of away matches against Arkansas (March 31) and Ole Miss (April 2). The next week the Tigers will travel to Mississippi State (April 7) before venturing down I-10 to face Tulane (April 20). For the end of the season, LSU will return home to host one last weekend of conference play at the LSU Tennis Complex. The Tigers will play Auburn (April 15) and Vanderbilt (April 16).