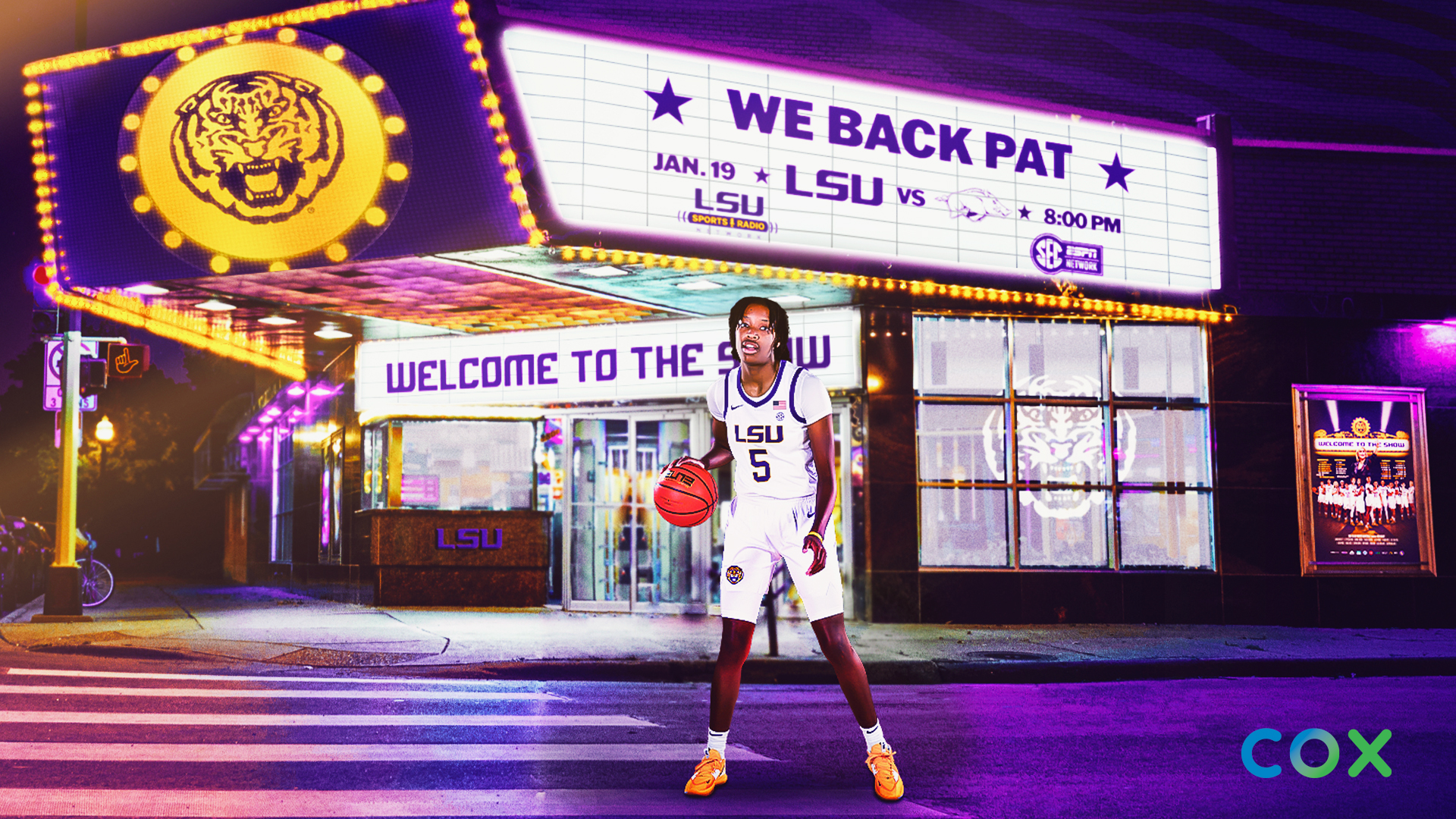 Reese has been an unstoppable force in her first season at LSU, recording a double-double in every game this year. It is the longest double-double streak in SEC history to begin a season. Fowles set her record throughout the middle part of her junior season in a stretch that ran from December 30, 2006 through March 3, 2007. Reese is averaging 23.9 points (1st SEC, 6th NCAA) and 15.4 rebounds (1st SEC, 2nd NCAA) per game this year.

Coach Kim Mulkey has the Tigers roaring in her second season in Baton Rouge. LSU has its highest ranking since 2005-06, the same year Seimone Augustus was a senior. Piecing it together with nine new players, the Tigers are off to the best start in program history and they are riding the longest win streak in program history.

“We haven’t done anything really,” Coach Mulkey said. “We’re ranked No. 3. We’ve won 18 games and that’s impressive, I get it. We have beaten, I guess you would say, teams we were supposed to beat and we have beaten them handily. But this is only my second year here, guys. We’ve got a long way to go.”

Thursday’s game, the second matchup between LSU and Arkansas this season, will air on the SEC Network with Courtney Lyle and Carolyn Peck. Patrick Wright and Shaeeta Williams will call the game on the LSU Sports Radio Network, 107.3 FM in Baton Rouge.

When LSU and Arkansas faced off against each other in Fayetteville on December 29 to open SEC play it marked the Tigers first, and up to this point in the season, only matchup against a ranked team as the Razorbacks were ranked No. 24 at the time. LSU handled the test in Bud Walton Arena, winning the game, 69-45, with exceptional defense and rebounding.

Coming off the winter holiday break, both teams had bad shooting nights that December night. LaDazhia Williams played critically for LSU with exceptional help defense in the post that prevented Arkansas guards from turning corners and getting the rim. Reese (16), Flau’jae Johnson (11) and Williams (15) all recorded double-digit rebounds as the Tigers outrebounded the Razorbacks, 62-30.

“We’ve got to get in the film room and watch their current games and then see how much they’ve improved,” Coach Mulkey said. “Have they improved more than we have improved? That may be a good question. We’ll see.”

That is still the only game in conference play the Razorbacks have lost. They are coming off a thriller Monday night with a last-second win over Vanderbilt in Fayetteville. After Vanderbilt tied the game with six seconds remaining off a banked in three, Arkansas, with not timeouts, pushed the ball quickly up the court and Makayla Daniels pulled up from the logo and banked it in as time expired to win, 84-81.

In comparison LSU only takes 15.3 threes per game and make nearly six per game, shooting 37.1-percent from three-point land. Although LSU has numerous players that can get hot from deep, the Tigers will always look to beat you by getting the ball inside, playing elite defense and hitting the boards hard. Per game, LSU gets 38.4 points in the paint, 22.2 points off turnovers, and 19.3 second chance points.

The Tigers grab 50.9 rebounds per game to lead the conference, nearly 18 of which are offensive. Holding opponents to 31-percent shooting the ball, LSU ranks No. 2 in the country.