Basketball Falls On The Road To No. 4 Alabama 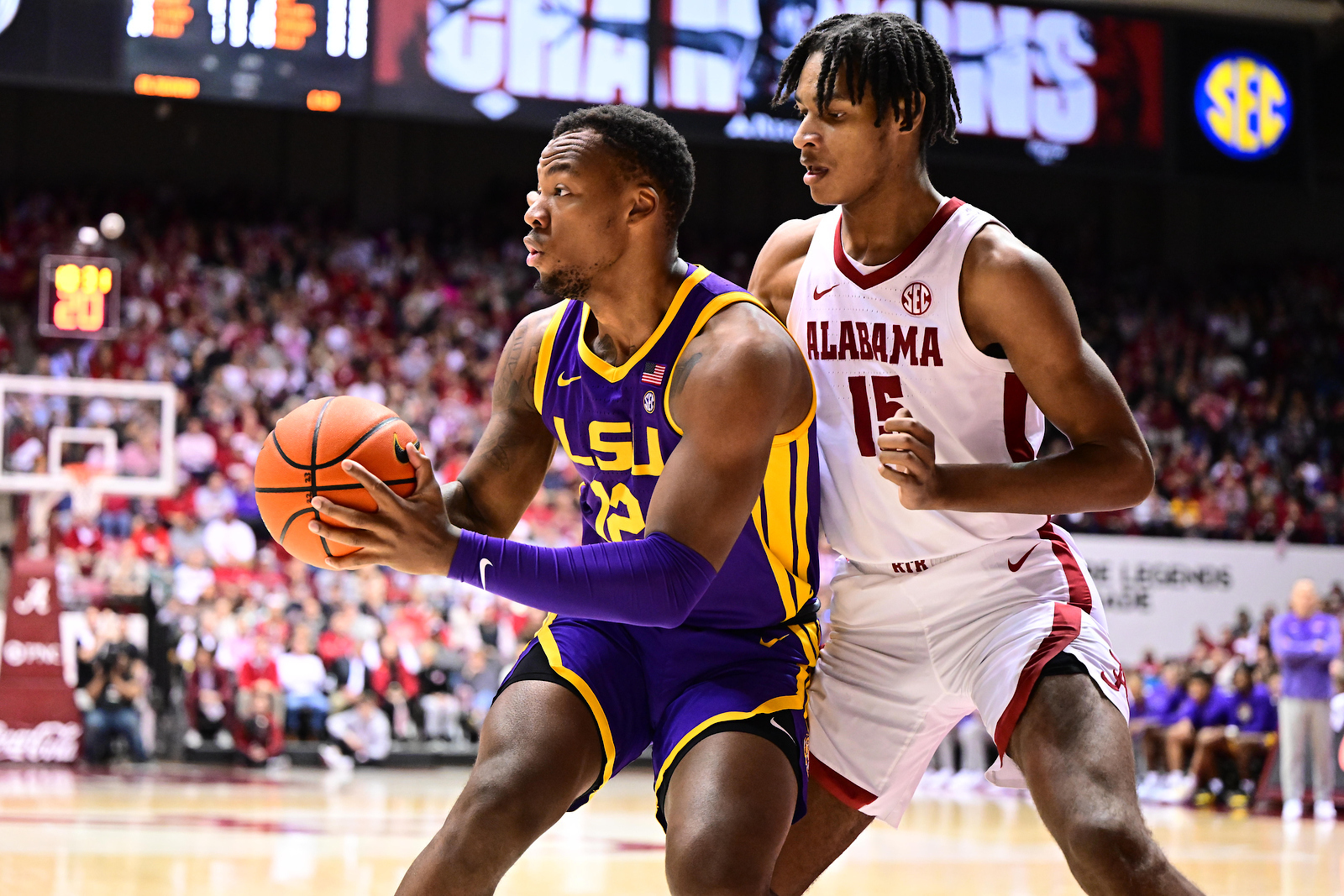 TUSCALOOSA, Alabama – The fourth-ranked Alabama Crimson Tide attempted 33 three-pointers in the opening 20 minutes, the most in a college basketball game since 2018 and made 14 of those attempts en route to a 106-66 win over LSU Saturday afternoon at Coleman Coliseum.

KJ Williams and Cam Hayes each had 10 points to lead LSU in the contest. Williams had two treys in the game while battling foul trouble, while Hayes, back in action after missing the Florida game, played 20 minutes off the bench and hit 4-of-6 field goals with two treys.

Justice Williams and Derek Fountain each had nine points. Fountain hit 9-of-10 free throws in the second half while Justice was 6-of-6. Williams also had five assists and one turnover in 20 minutes.

Brandon Miller hit 7-of-11 three-point attempts to score 31 points with nine rebounds, while Mark Sears, Rylan Griffen and Jahvon Quinerly each had 12 points and Nick Pringle had 10.

Alabama out rebounded LSU, 52-38. LSU committed 11 turnovers, but Alabama was able to get 19 points off the miscues.

In the second half of the contest, LSU made 21-of-24 free throws.

“That was as thorough of a butt kicking as I’ve ever been a part of. Got to give a lot of credit to Alabama,” said Coach Matt McMahon on his radio show. “Not many positives to take away, I guess the only thing is in the second half we didn’t lay down and get beat by a hundred. You look at it, they started 5-of-17 from three, we get none of those defensive rebounds. They go nine of their next 10 from three, you combine that with us going 3-for-20 from two-point range, 15 percent in the first half and that’s what the game looks like.”

The Tigers return home for two games this coming week, hosting Auburn on Wednesday at 6 p.m. and then Tennessee next Saturday at 3 p.m.