Tigers Back On The Road For Basketball Game Saturday At Tuscaloosa 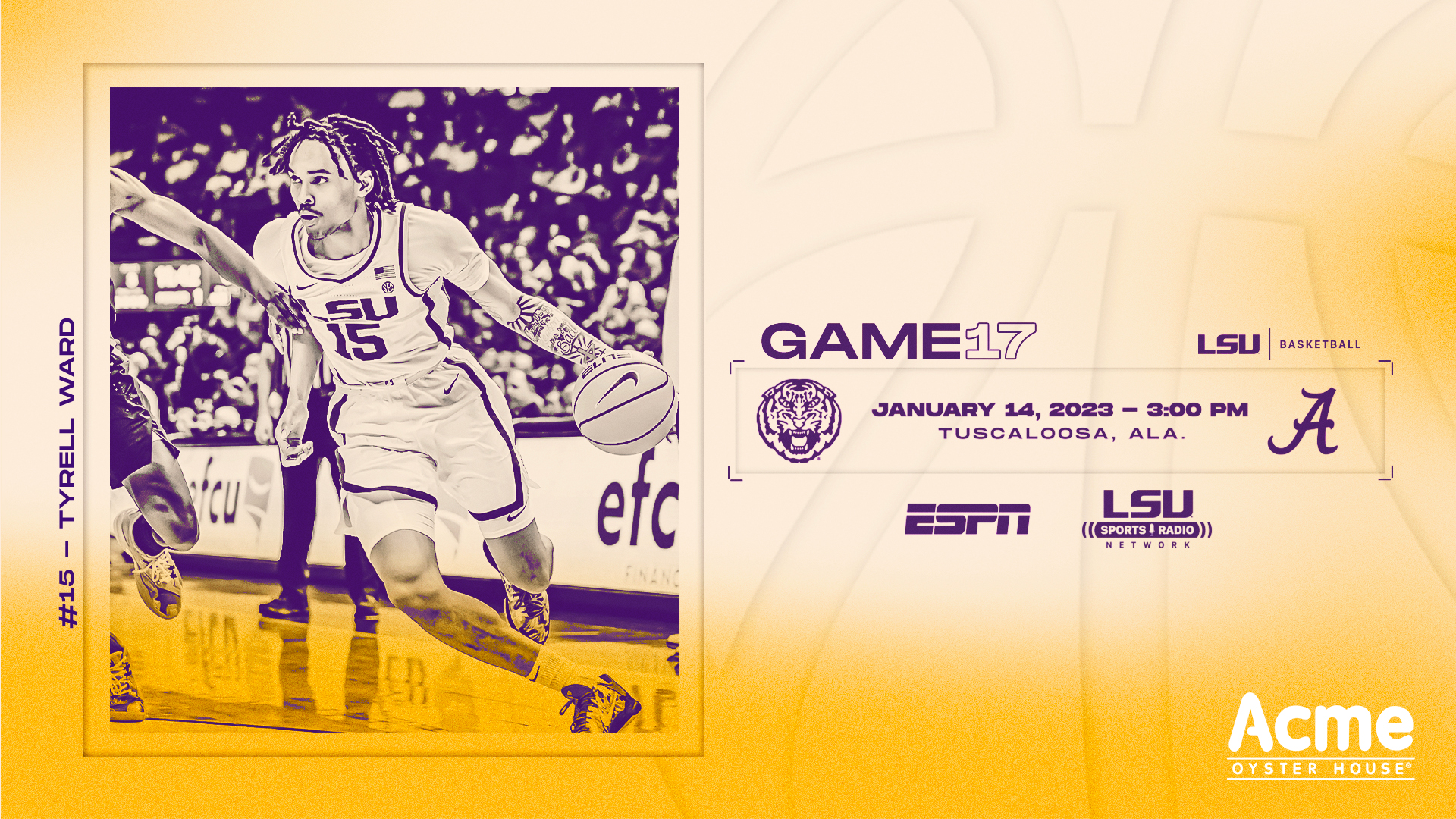 BATON ROUGE – The LSU Tigers hit the road for the first of what could be four consecutive games against ranked opponents when they travel to Tuscaloosa to face No. 4 Alabama Saturday at Coleman Coliseum.

The Tigers and Tide are scheduled to go just after 3 p.m. in a game broadcast on the affiliates of the LSU Sports Radio Network (Guaranty Media flagship Eagle 98.1 FM in Baton Rouge) with the Voice of the Tigers Chris Blair and former LSU head coach John Brady on the call. Tom Hart and Jimmy Dykes will have the television broadcast call on ESPN.

Against Arkansas, Alabama scored 51 second-half points at Fayetteville to get the win. Mark Sears hit 7-of-16 field goals, two treys and 10-of-10 at the free throw line to score 26 points, while Noah Clowney had 15 points and Brandon Miller 14. Alabama was 25-of-54 overall with nine three-pointers, including 7-of-10 from distance in the second half. Alabama was 25-of-36 at the free throw line and the Crimson Tide got 24 points off 15 Arkansas turnovers.

LSU will be trying to get back some of its scoring punch after scoring just 56 points in each of the last two games against Texas A&M and versus Florida. LSU shot just 34.7 percent against the Aggies in College Station last Saturday and then 32.2 percent against the Gators on Tuesday.

LSU made nine three-pointers in 22 tries (40.9%) against A&M, but then just 5-of-28 against Florida with all five makes coming in the first half. Meanwhile Florida was 11-of-20 in the second half in their win on Tuesday, including 9-of-12 inside the arc.

KJ Williams had another strong game for LSU against Florida with 23 points and is now just 37 short of 2,000 career points. He recorded his 1,000th career rebound in his career at Texas A&M this past Saturday and unofficially, there are 122 players prior to this season that had 2,000 points and 1,000 rebounds in their college careers, including Rudy Macklin of LSU.

Williams leads the Tigers at 18.5 points per game and 7.6 rebounds. He is averaging 16 points a game in the four conference contests.

Derek Fountain, the Mississippi State transfer continues to show his skills on the court as his scoring average has gone from 4.7 points to 7.3 and he is the team leader in league game rebounding average at 6.8 a contest.

After Saturday’s game, the Tigers will return home for two games. LSU will host Auburn on Wednesday night at 6 p.m. and then host Tennessee on Jan. 21 at 3 p.m. Tickets for those games are available at LSUtix.net.