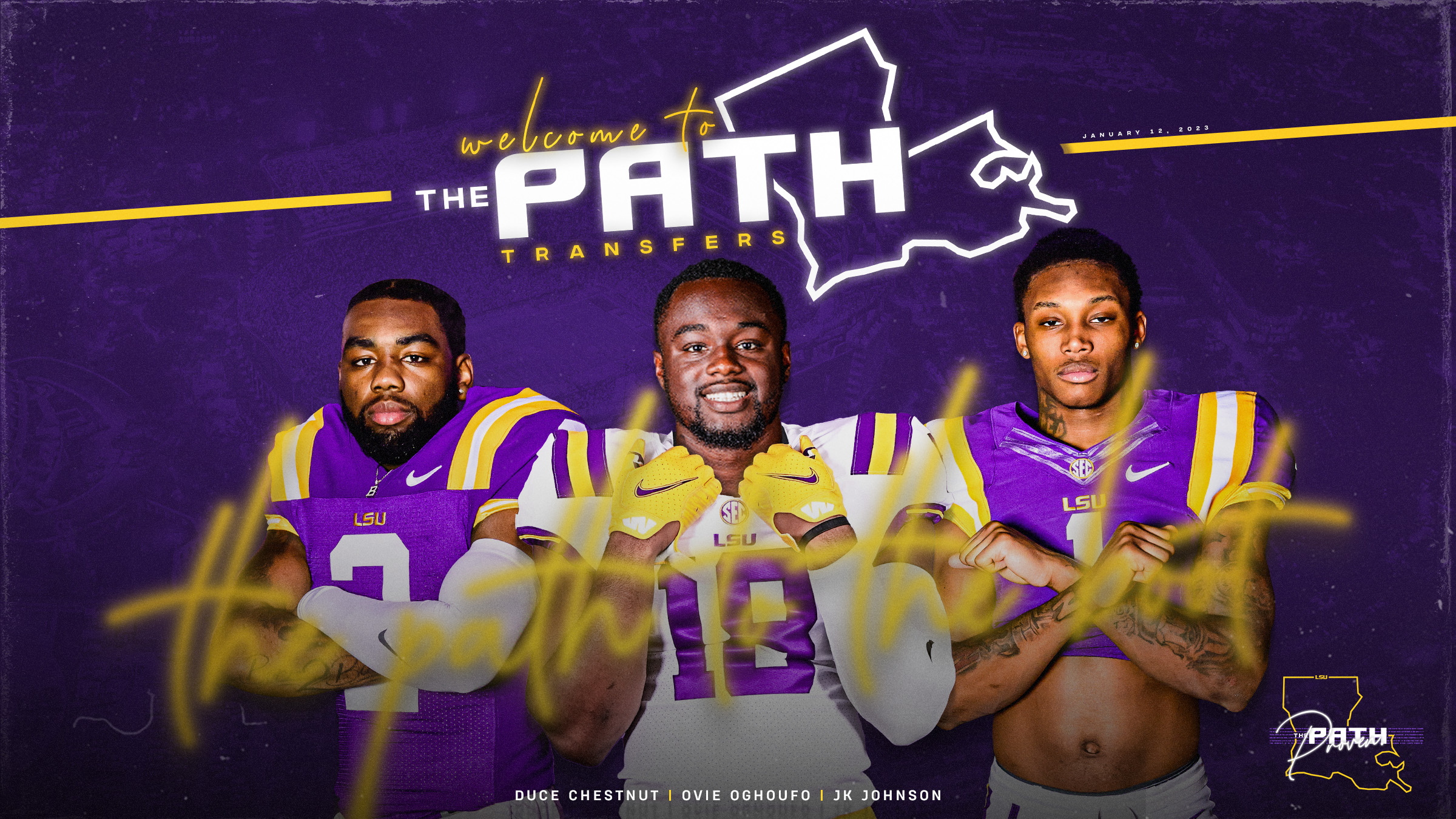 All three players will enroll at LSU for the spring semester. LSU’s 2023 roster now features 10 transfers along with its freshman signing class of 25 players.

In two years with the Buckeyes, Johnson recorded 22 tackles, including a career-high five in a win over Northwestern in 2022. Johnson was ranked a top 50 player nationally coming out of high school and the consensus No. 1 prep player in Missouri for the Class of 2021.

Chestnut, a Freshman All-American at Syracuse in 2021, joins the Tigers after starting at cornerback for all 24 games of his Syracuse career. He earned third team All-ACC as well as being runner-up for ACC Defensive Rookie of the Year.

In two years with the Orange, he tallied 83 tackles, 13 passes defended and four interceptions, one of which he returned 28 yards for a touchdown against Wagner in 2022.

Oghoufo played two years at Texas after beginning his career playing for Brian Kelly at Notre Dame. He started 20 games at Texas and was twice named to the Big 12 Commissioner’s Honor Roll. In two years with the Longhorns, Oghoufo was credited with 96 tackles, 14.0 tackles for loss and 4.5 sacks.