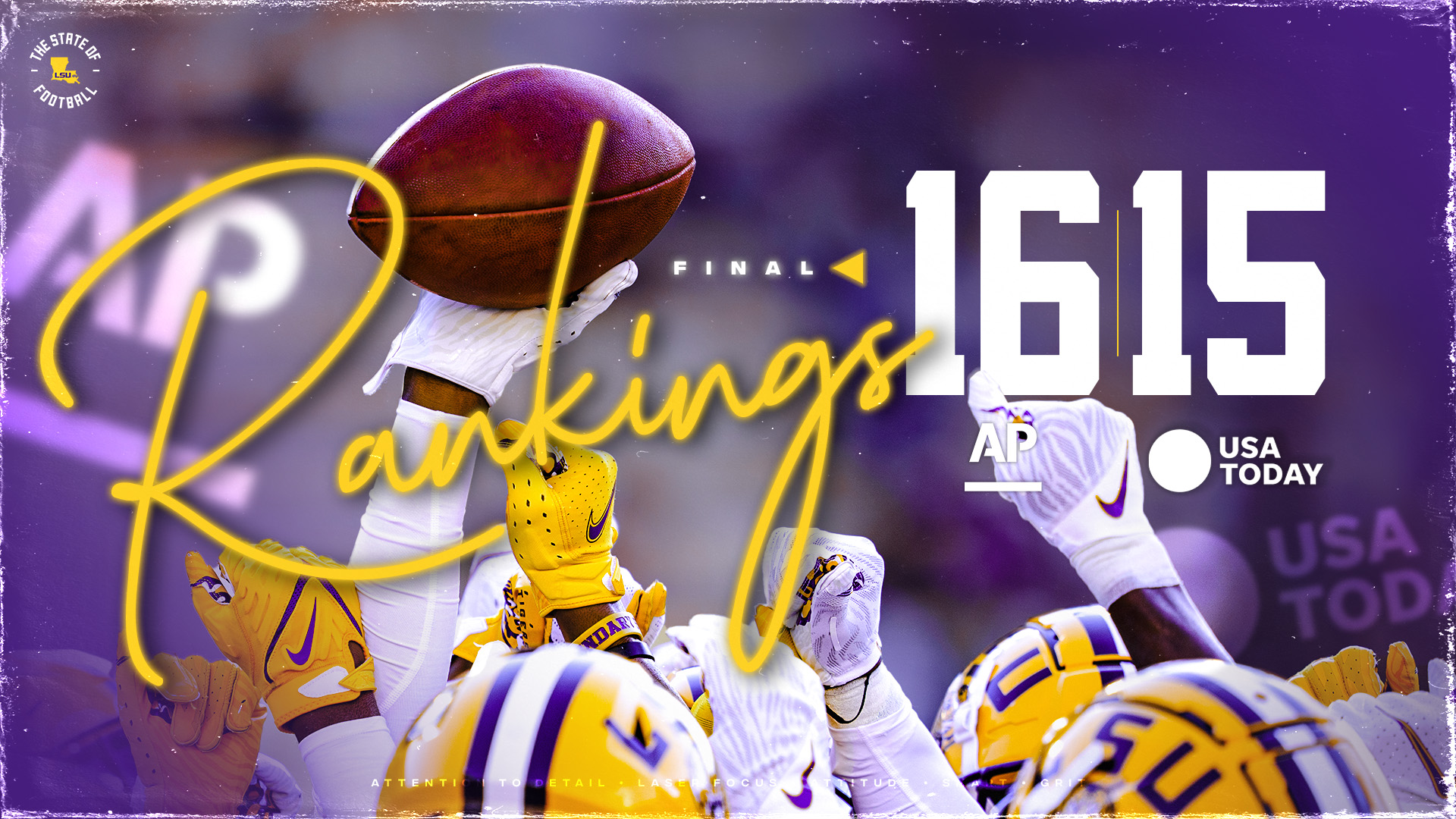 BATON ROUGE – LSU’s first season under head coach Brian Kelly culminated with a dominant 63-7 win over Purdue in the Cheez-It Citrus Bowl and as a result the Tigers are ranked No. 15 in the final AFCA Coaches Poll, the organization announced on Tuesday.

The Tigers finished No. 16 in the final Associated Press Top 25.

LSU, winners of the SEC Western Division, finished the year with a 10-4 overall mark, the 18th season with at least 10 wins in program history. The Tigers also reached the SEC Championship Game for the seventh time in school history.

The final AFCA Coaches Poll and AP Top 25 rankings represent the highest for LSU since finishing No. 1 in both polls after winning the national championship in 2019.