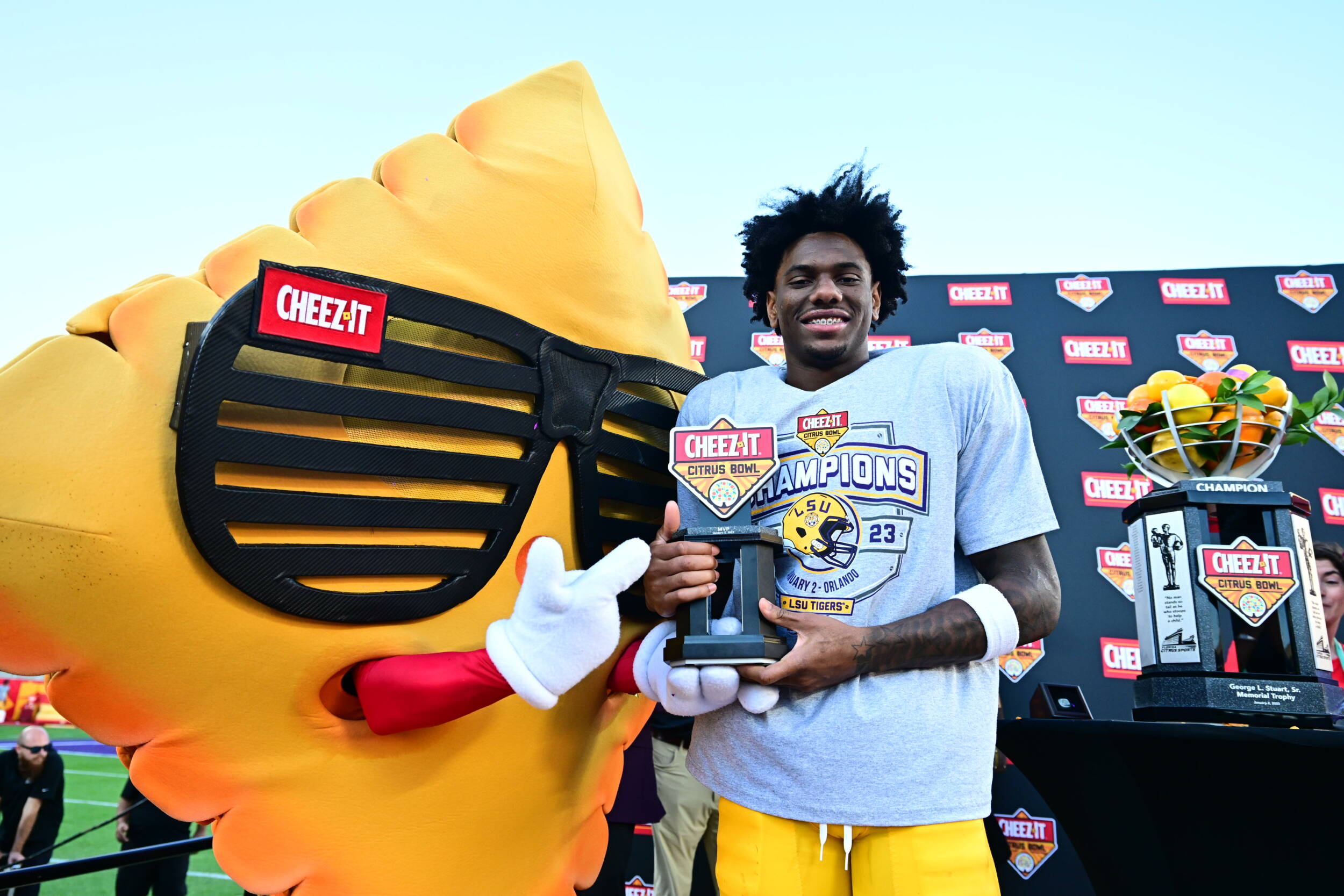 LSU finishes the season with a 10-4 record.

Quarterback Jayden Daniels finished 12-of-17 for 139 yards and a touchdown. Redshirt freshman Garrett Nussmeier went 10-of-14 for 98 yards with a touchdown and an interception.

Senior safety Greg Brooks shined on defense with five tackles, one for loss, along with an interception.

Purdue won the toss and deferred to the second half.

On 1st-and-10 from the LSU 44, Daniels found Taylor for a 19-yard completion to the Purdue 44. On 4th-and-2 from the 36, the Tigers elected to go for it, and Daniels connected with Nabers for a 12-yard pickup to move the chains at the Boilermaker 24. Daniels then found Nabers again for a 9-yard gain down to the Purdue 15.

The drive culminated in a 1-yard scoring run from senior running back John Emery to give the Tigers a 7-0 lead with 7:01 remaining in the first quarter of action.

After forcing Purdue to punt, the Tigers were awarded an extra 15 yards after a kick-catch interference penalty was enforced. Gregory Clayton fair caught the football at the LSU 18 and the penalty moved the ball to the 33.

Nussmeier entered at quarterback on LSU’s third offensive possession of the game. On 3rd-and-4, Nussmeier found Taylor for an 17-yard completion and first down to the Purdue 14. Noah Cain rushed up the middle for a 9-yard touchdown, extending the lead to 14-0 with 1:06 to play in the first quarter.

It was a strong start for the LSU defense, holding Purdue to just four pass yards and 17 rush yards in the first quarter of play.

Daniels returned at quarterback for the Tigers, finding Nabers for a 17-yard connection to the Purdue 46 and then finding Taylor for a 32-yard touchdown completion, creating some separation with an early 21-0 advantage with 13:03 to play in the second quarter.

On their next offensive possession, Daniels went back to Taylor for a 15-yard completion over the middle of the field to the LSU 45. Taylor had five catches for 83 yards, averaging 20.8 yards per catch at that point in the game.

Daniels put the Tigers in prime scoring position after a 37-yard QB keep advanced the ball to the Purdue 9. The 37-yard run by Daniels marked a season-long.

Cain recorded his second rushing touchdown of the game with a 9-yard score, extending LSU’s lead to 28-0 with 8:23 to play in the first half at Camping World Stadium.

With Purdue driving inside the LSU 30, Burton’s pass was interception by senior corner Jarrick Bernard-Converse.

On a trick play, Nabers found Kyren Lacy for a 45-yard completion to the Purdue 10. (The 45-yard completion from Nabers to Lacey was the longest by an LSU non-QB since WR Todd Kinchen threw a 51-yard TD pass to WR Tony Moss vs. Ohio on 9/30/1989.)

Nussmeier, who was back under center, then found Brian Thomas Jr. for a 10-yard touchdown to make it 35-0.

The Tigers forced a turnover on downs to open the second half as senior linebacker Micah Baskerville nearly intercepted Burton on 4th-and-4 from the Purdue 45.

Nabers found Daniels for a 5-yard touchdown pass on a trick play. That marked Nabers’ second passing completion of the game, giving him 50 yards through the air and a touchdown to extend the Tigers’ lead to 42-0. With the receiving score, Daniels also became the only LSU quarterback with a passing and receiving touchdown in the same game since at least World War II.

Brooks picked off Alaimo at the Purdue 27 with 9:17 remaining in the third quarter.

Nabers added to an already impressive day by taking a jet sweep from Nussmeier 75 yards for a touchdown, extending the LSU lead to 49-0 with 3:15 left in the third quarter.

On the second play from scrimmage in the fourth quarter, the Boilermakers got on the board as Alaimo found Sheffield for a 16-yard touchdown to make it 49-7 Tigers.

True freshman Walker Howard entered at quarterback for LSU, leading the offense to a seven play scoring drive, culminating in a 12-yard touchdown rush up the middle by Derrick Davis Jr. to extend the lead to 56-7.

Quad Wilson picked off Jack Albers and returned it 99 yards for a touchdown, putting a bow on the 2022-23 season to secure the Citrus Bowl victory, 63-7.