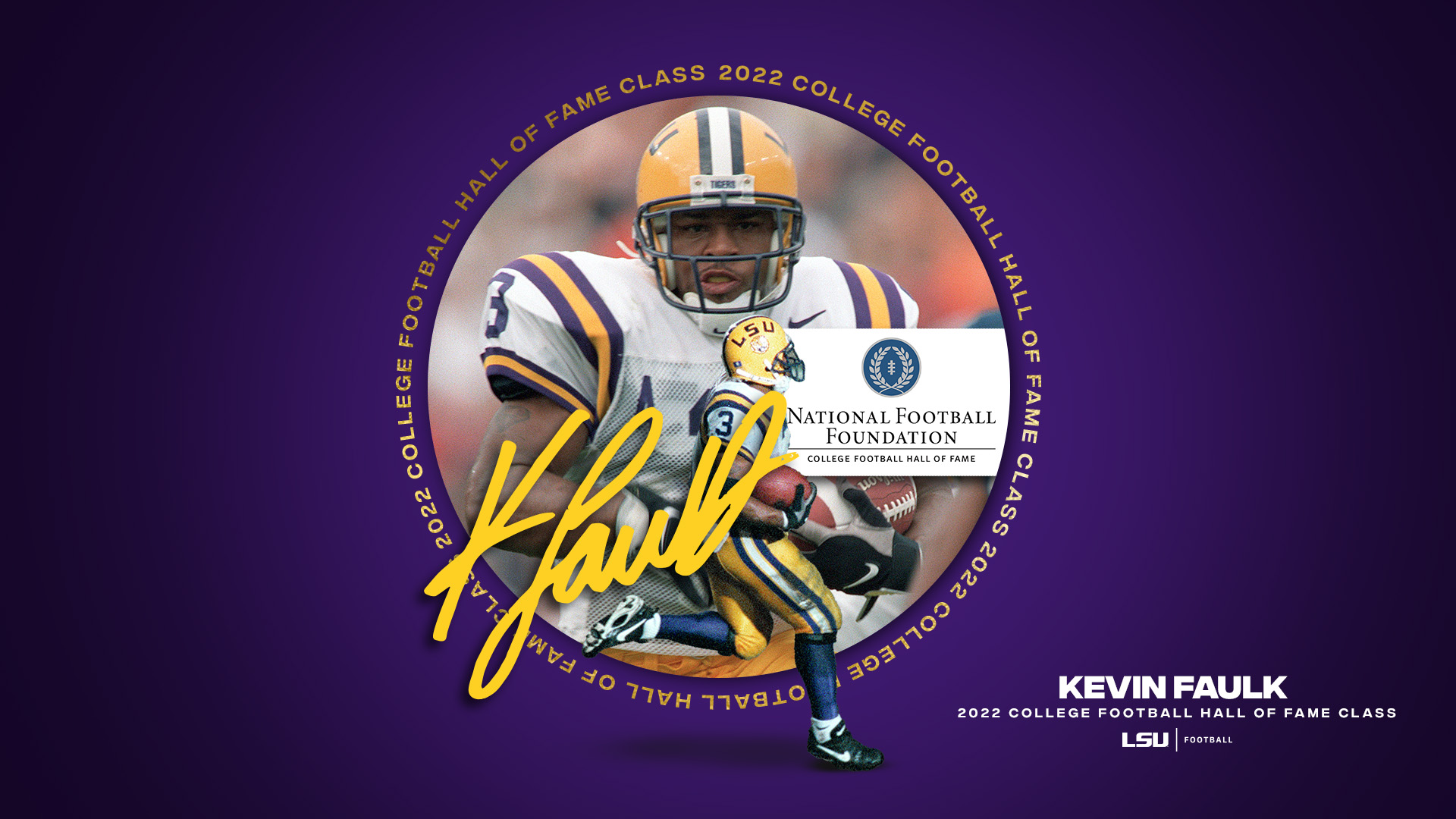 BATON ROUGE – LSU running back Kevin Faulk, perhaps the greatest all-purpose player in the history of the Southeastern Conference, will be formally inducted into the College Football Hall of Fame tonight in Las Vegas.

Faulk, who remains the SEC’s leader in career all-purpose yards and the school’s all-time leading rusher, becomes the 11th LSU player to enter the College Football Hall of Fame.

“All praise goes to my Lord and Savior Jesus Christ,” Faulk said when hearing of his selection to the hall of fame. “This is an honor that wouldn’t be possible without my great teammates, coaches and everyone who helped me along the way. It’s a tremendous honor but for me, it was a team effort. I’m so humbled and honored to be included among the great list of players and coaches in the Hall of Fame Class for 2022.”

A 1996 first-team all-American as an all-purpose player, Faulk still holds the all-time SEC record with 6,833 all-purpose yards, a mark that was fourth in FBS history when he finished his career. During that 1996 season, he led the SEC in all-purpose yards and ranked second in the league in rushing. Faulk followed up his all-America campaign by leading the SEC in rushing during both his junior and senior seasons, and he also topped the league in scoring as a senior. The three-time first-team All-SEC selection was the first player in LSU history to average more than 100 yards per game during his entire career.

Following his pro career, Faulk served as an assistant football coach from 2013-17 at his former high school, Carencro High School in Lafayette, Louisiana. He then served on the coaching staff at his alma mater, LSU, from 2018-21. He annually hosts a free youth football camp in Louisiana, and he founded the Kevin Faulk Foundation to support youth. He is the cousin of 2017 College Football Hall of Fame inductee Marshall Faulk from San Diego State.