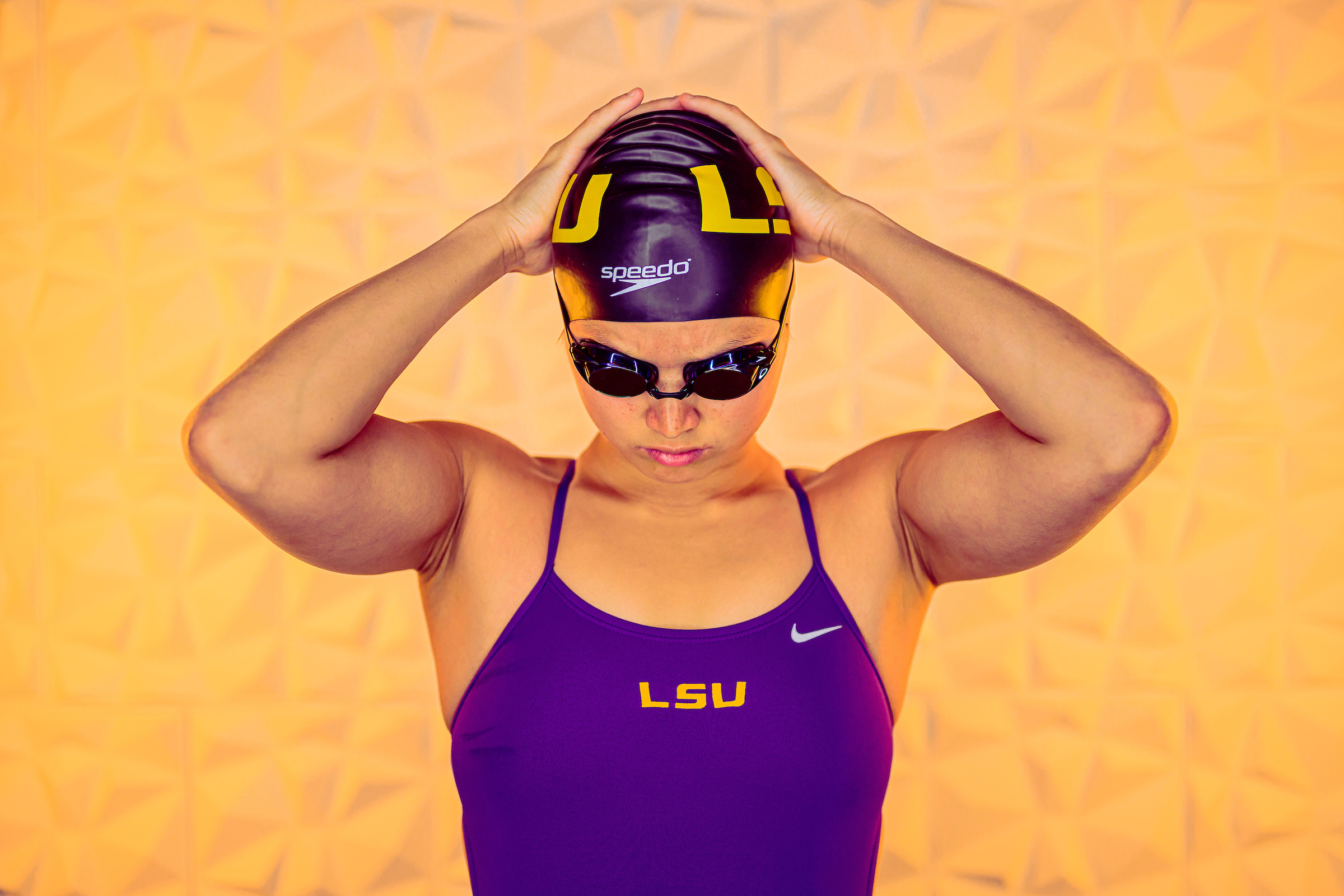 TEXAS – The LSU swimming and diving teams are in full swing for their individual midseason invites with the swimming squad closing out day two and the diving crew finishing day one Thursday inside the Rec Center Natatorium and Jamail Swimming Center, respectively.

LSU completed day two at the Art Adamson Invitational with more impressive performances from Maggie MacNeil. MacNeil, who holds four school records, broke her own record in the 100-yard back and 100-yard fly. She clocked a 50.70 in the 100-back, which was previously set during the Tulane and Vanderbilt tri-team meet in late September.

In the 100-fly, MacNeil lowered her school record from 50.84 to 49.40 and currently holds the lead over former Tiger Haylee Knight by two seconds. Additionally, her 50-fly split in the 200-yard medley relay clocked in at 21.85 and is the fastest split in the history of the sport.

Both times in the 100-fly and 100-back are NCAA qualifying times.

Freshman Megan Barnes continued to show her potential taking second place in the 200-yard free. Her time of 1:45.26 is the second-best time in school history and is the fastest 200-free from the women’s squad this season.

At the Texas Diving Invitational, Chiara Pellacani took second place on the three-meter springboard with a score of 366.15. Her score on the event is the best on the team this season and betters her position at No. 6 in LSU’s top-10 for the event.

Helle Tuxen and Montserrat Gutierrez Lavenant finished in seventh and eighth, respectively, with scores of 295.80 and 278.60.

For the one-meter springboard, Adrian Abadia qualified for the final and took seventh place with a score of 335.80.