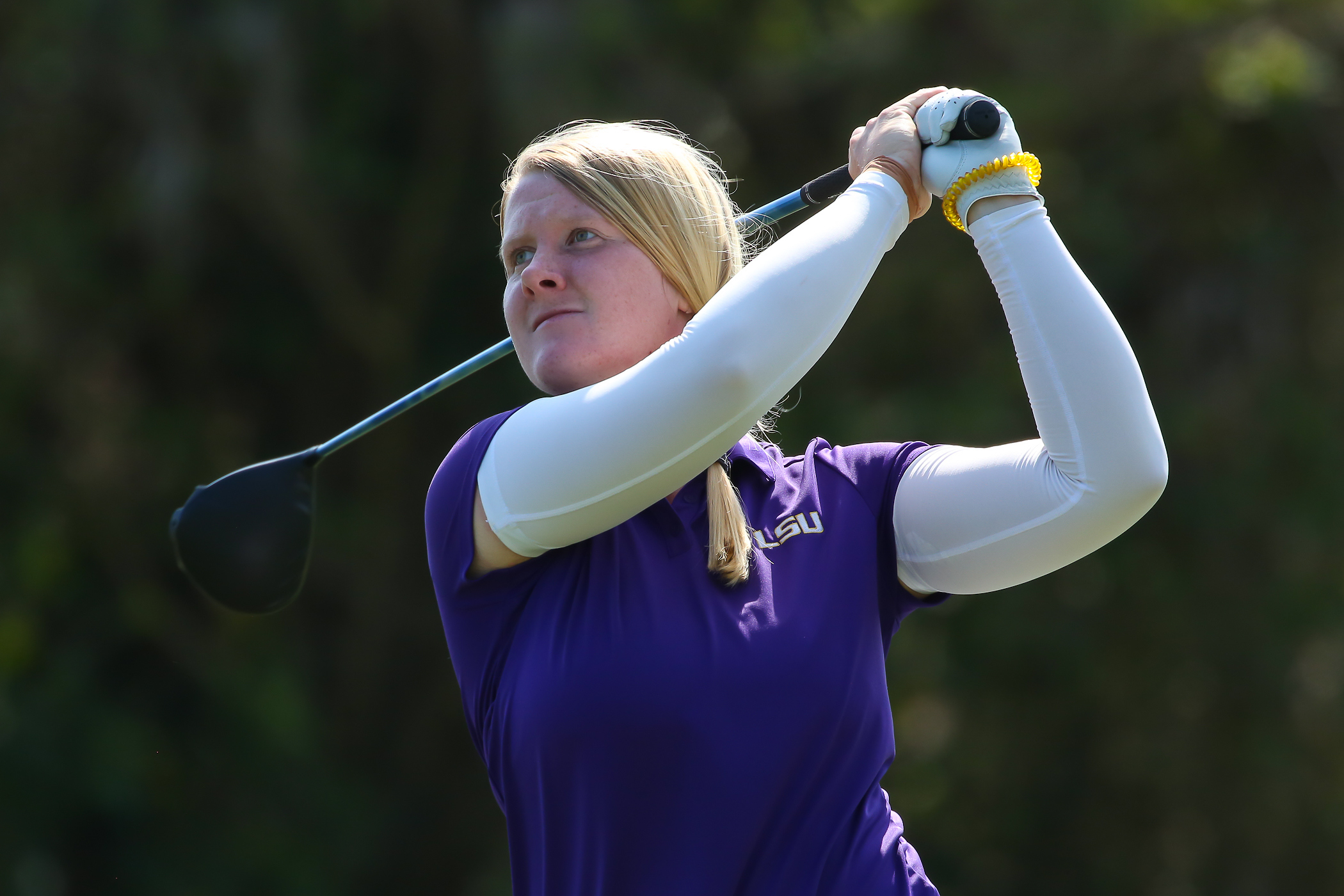 BATON ROUGE – LSU senior Ingrid Lindblad after a calendar year of success on the college, national and international golf circuits, was named on Tuesday as the Female Amateur of the Year by Global Golf Post in its latest edition.

Global Golf Post lists itself as one of “the leading golf news brand in the game” with two digital magazine editions each Monday distributed throughout North America and internationally.

This is the ninth annual All-Am selections which represents individual performances during the calendar year for men and women amateurs, mid-amateurs and senior amateurs.

LSU’s Latanna Stone was a second team selection on the women’s All-Am team.

In writing about Lindblad’s selection as Amateur of the Year, the vote came down to “Lindblad’s four spring semester victories, a runner-up at the Augusta National Women’s Amateur, setting an amateur scoring record in the U. S. Women’s Open and showing outstanding consistency throughout the year.”

The selection for the All-Am teams by GGP “is based on events counting toward the World Amateur Golf Ranking. These lists, a partnership between the USGA and R&A, generally are acknowledged to be the best in the game. The primary metric was performance in national events with strong fields, as measured by the WAGR Power Method. Local play, while considered, was given less weight.”

Lindblad’s record setting amateur performance in the Women’s Open when she posted an opening round of 6-under 65 is one of the highlights of a highlight-filled 2022. She set the 18, 36 and 54-hole records for an amateur in finishing T11 and earning the silver medal.

She shot a final round of 68 over Augusta National to finish T2 in the Augusta National Women’s Amateur and helped lead her Swedish team to the Gold Medal in the World Amateur Team Championship.

In college, Lindblad’s four wins in the spring of 2022 pushed her into the top spot as the winningest women’s golfer at LSU (topping the mark of seven set by Jenny Lidback in 1986) and she has the most wins of any golfer, male or female in the last 40 years at LSU.

She made a 38-foot putt for eagle on the 54th hole of the SEC Championships to win the individual title, the first time in 31 years an LSU golfer captured the honors, and then led LSU through two rounds of match play, including a dominating win on championship Sunday to help LSU to its first league title since 1992.

Lindblad would also be in the thick of things at the NCAA Championships, finishing in a tie for third place at 1-under par 287 after 72 holes. It completed a five-tournament run in which she shot a combined 32-under par over 16 consecutive rounds.

To cap the calendar year, she returned for a senior season, set the mark for most top 10 finishes and then won her 10th collegiate tournament for the Tigers at the Battle At The Beach in October. In that tournament, she finished with back-to-back collegiate career rounds of 64 and became the first LSU women’s golfer to shoot a 54-hole score below 200.

And she will tee it up for the Tigers in the spring.

Stone, who is No. 50 in the World Amateur Golf Rankings, had a very good 2022 to earn second-team All-AM honors starting with a win at the beginning of the year in the Women’s Orlando International Amateur Championships. She finished an impressive three days in Augusta as the co-runner-up with Lindblad in her first appearance in the Augusta Women’s Amateur.

She also made a splash as a member of the United States Curtis Cup team posting a 3-1 record against Great Britain and Ireland. The Riverview, Florida native was also a member of her third Palmer Cup team this past summer.

This fall, Stone had an impressive second place finish to open her senior season in the Green Wave Fall Classic at Bayou Oaks at City Park firing rounds of 68-67-69 to finish at 12-under par 204.

And she will also be teeing it up for the Tigers in the spring when the Tigers return to the course in February 2023.