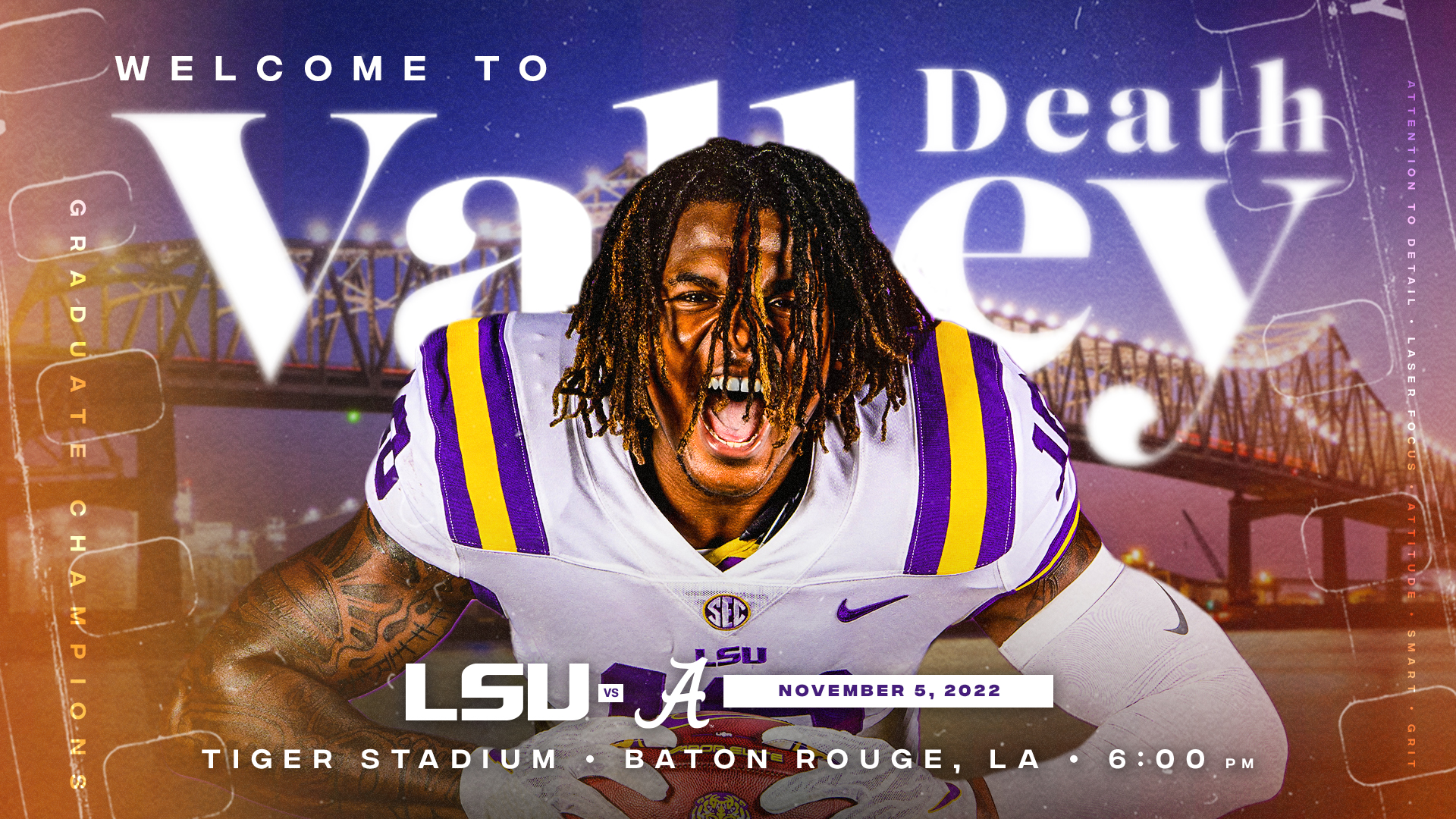 Kickoff is set for 6:10 p.m. CT on ESPN and the LSU Sports Radio Network.

It’s a privilege to play in games like these, says head coach Brian Kelly. It’s why you come to LSU. A top-10 showdown between the Tigers and the Tide with the SEC West at stake sounds like familiar territory for both programs entering the month of November, where contenders are born and pretenders are exposed.

“I think this team understands the challenges, but welcomes them at the same time,” Kelly said. “This group fights. They are fighting for something and not fighting against something. That’s a big change from where they were. I think they’re excited about the challenge.”

Quarterback Jayden Daniels is coming off another career performance, going 21-of-28 for 248 yards passing, 121 yards rushing and six total touchdowns with zero turnovers against Ole Miss. The offense has accounted for 90 points over the last two contests, giving guys like Kayshon Boutte confidence heading into the matchup with Alabama.

“Back to back 45-point games,” Boutte said on Tuesday. “I feel like we’re in a great position with a lot of confidence going into this game. What’s a better game to show what we can do? It’s a big opportunity to showcase our talents and show who we really are.”

The stadium is going to be electric, Kelly says, but only if the Tigers capitalize on each opportunity. That means starting fast, not falling behind and playing for four quarters. Do that, and you’ll give a sold out Tiger Stadium a lot to cheer for on Saturday night.

Alabama is led by junior quarterback Bryce Young, who has recorded 1,906 yards and 18 touchdowns through eight games this season. Defensively, the Tide are led by junior linebacker Will Anderson Jr., who has tallied 36 tackles, six sacks and an interception.

“He’s one of the great players in college football,” Kelly said of Young. “On defense, (Anderson) is an elite defensive player in terms of, not only his ability to rush the passer, but what they ask him to do. He’s an unselfish player. He does a little bit of everything, he does a lot of different jobs.”

The greatest environment in sports will be on display when the Tigers take the field on Saturday night.

Trust your preparation, embrace the emotion and fight for LSU.

“All the basic tenets of a game like this are why you come to LSU,” Kelly said. “It’s not pressure, it’s a privilege to play in games like this. It’s certainly why I came to LSU.”