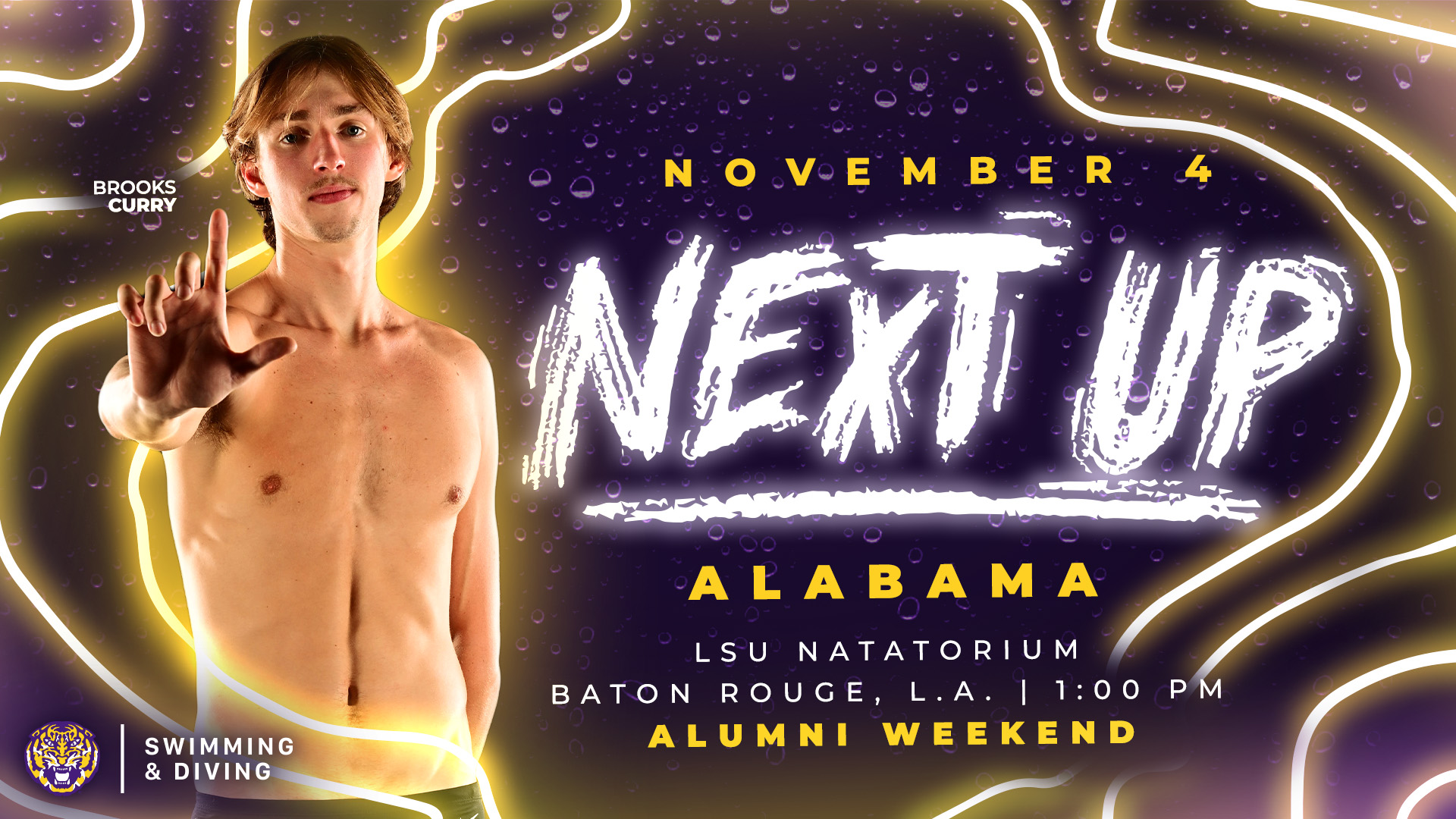 BATON ROUGE, La. – The LSU swimming and diving welcomes the University of Alabama to the LSU Natatorium Friday to compete in its second consecutive conference dual meet at 1:00 p.m. CT.

“Coming off of Auburn last week, there are definitely some things we’re looking to accomplish and improve,” head diving coach Drew Livingston said. “We’ve put together some impressive performances, but we’re always looking for more, especially as we get ready for our midseason invite in less than two weeks. Having Alabama in town is going to provide an excellent opportunity to compete at a high level. We’re also looking forward to putting together a strong performance in front of our visiting alumni.”

On Friday, Alabama makes the return trip to Baton Rouge after LSU traveled to Tuscaloosa last season. The Tiger men come into this matchup with a 3-1 dual meet record with their only loss coming against Auburn. The women’s team heads into this matchup versus the No. 6 team in the country with a 4-2 record.

LSU comes into the meet with five top times in the SEC. Brooks Curry, who touched the wall first twice against Auburn holds a top time in the conference for the 100-free. The Tigers’ instant impact transfer Maggie MacNeil currently has four SEC top times in the 50-free, 100-free, 100-back and 100-fly.

LSU diver Chiara Pellacani, who picked up her second career diver of the week honor, looks to lead the internationally-driven diving program. Pellacani finished the Auburn meet with a victory on three-meter and a second-place finish on one-meter.

Live stats can be found on the MeetMobile app. Live diving results are available on divemeets.com.

The program, in conjunction with the L Club, is holding an alumni weekend beginning with Friday’s meet. In addition, the busy weekend continues Friday night into Saturday as those joining the current athletes are set to attend the top-10 matchup between LSU and Alabama’s football teams.

Those who have competed for the purple and gold throughout the program’s history are also encouraged to attend LSU Baseball’s scrimmage against McNeese Sunday. The scrimmage begins at noon CT and the gates open at 11:00 a.m.

LAST TIME OUT
Against Auburn, LSU grabbed their first win in the women’s 200-yard freestyle with Reagan Osborne taking first place with a time of 1:49.65. Curry, the Tigers’ most recent national champion matched Osborne’s efforts with a win in the same event. He finished with a time of 1:36.96.

Curry also closed out the 100-yard freestyle with his second win of the meet, finishing with a time of 43.47.

For the men, Adrian Abadia finished in first place on three-meter with a score of 391.20. Zayne Danielewicz and Carson Paul finished and fourth and fifth place respectively with scores of 324.45 and 304.28.