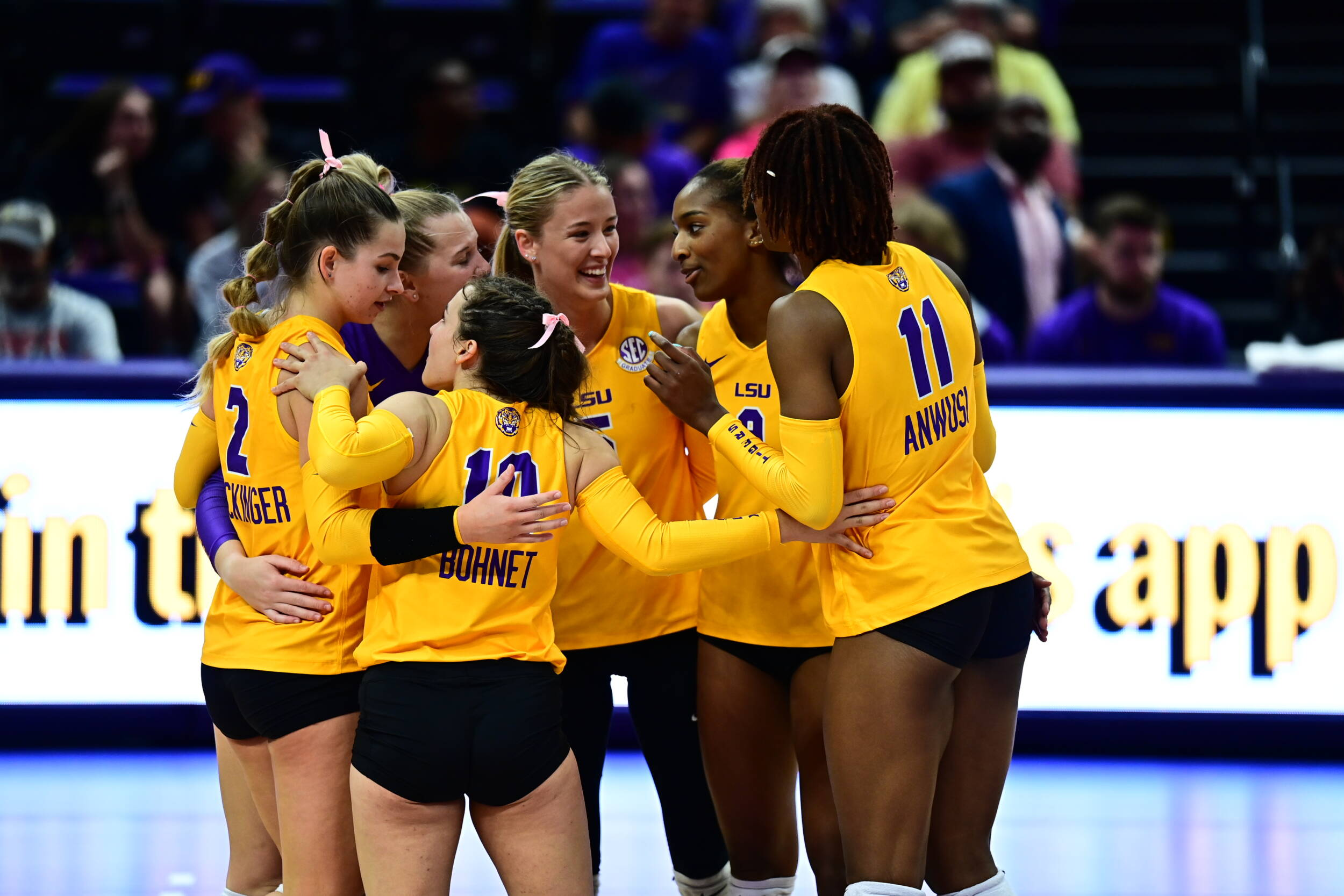 BATON ROUGE, La. – LSU made quick work of South Carolina 25-18, 25-13, 25-21 Sunday afternoon at the Pete Maravich Assembly Center (PMAC) to pick up its sixth sweep of the season and first in SEC play.

Outside hitter Sanaa Dotson landed 15 kills behind a .464 hitting percentage to lead the Tigers and finished with six digs and one ace. Setters Josie Vondran and Maddie Waak each logged 16 assists and five digs in the win, while Vondran also had three blocks and two kills. Libero Ella Larkin posted a match-high 17 digs to go along with four assists and a kill.

LSU had three Tigers tie for a match-high four blocks, including middle blocker Anita Anwusi, right side Hannah Jacobs and middle blocker Alia Williams. Anwusi and Jacobs both had one solo block.

LSU will close out the month of October with a pair of home matches against Mississippi State at the PMAC Oct. 29-30.