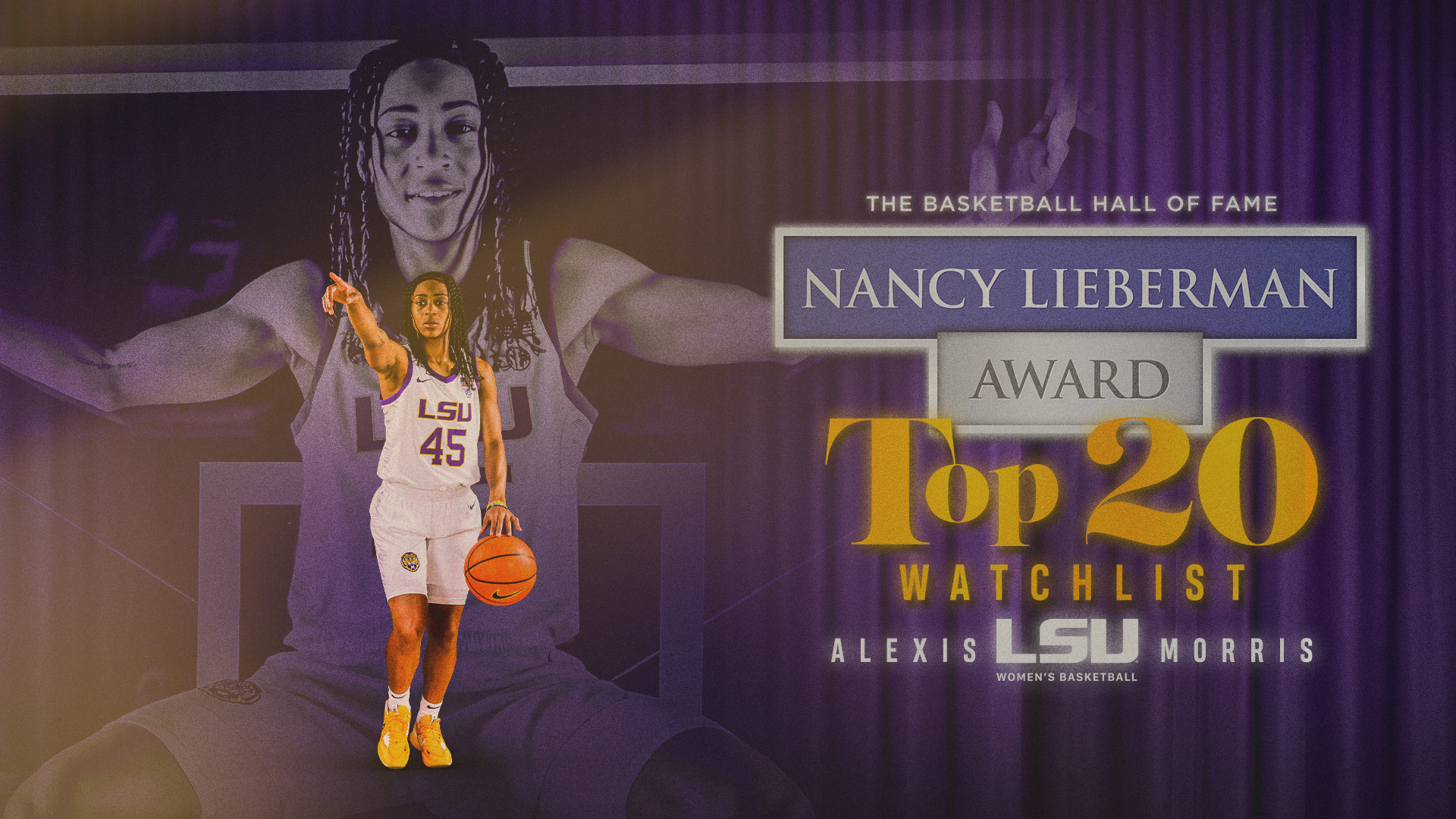 SPRINGFIELD, Mass. – The Naismith Memorial Basketball Hall of Fame and the Women’s Basketball Coaches Association (WBCA) announced Monday, LSU’s Alexis Morris is one of twenty players on the preseason watchlist for the 2023 Nancy Lieberman Award as one of the top point guards in the country.

The 5-6 guard from Beaumont, Texas averaged 15.0 points per game and scored in double-figures in 22 games, including in her first 11 with the Tigers. Her 46.1 shooting percentage ranked No. 8 in the SEC. Morris was part of LSU’s three headed monster in the back court that also included Jailin Cherry and 2022 Nancy Lieberman Award finalist Khayla Pointer. Morris is the only one of those three returning this season as the Tigers have nine newcomers.

As the only returning starter, Morris is expected to take on a larger role distributing the basketball as a point guard this season while also continuing to score and create offense. Morris had six games last year in which she had five or more assists. Ryann Payne, the only other returner to average over 5.0 points last season will look to increase her offensive production as well. With nine newcomers, chemistry will come as the season progresses, but Morris and the Tigers will have numerous offensive weapons to get involved like Angel Reese (a forward rated as ESPN’s No. 1 most impactful transfer in the country from Maryland), Jasmine Carson (a sharp-shooting guard transfer from West Virginia) and LaDazhia Williams (a post player with four seasons of SEC experience at South Carolina and Missouri). Expect freshman guard Flau’Jae Johnson and JUCO transfer guard Last-Tear Poa to get in the mix offensively too.