Preview: Tigers Head to Gainesville for Primetime Matchup with Florida 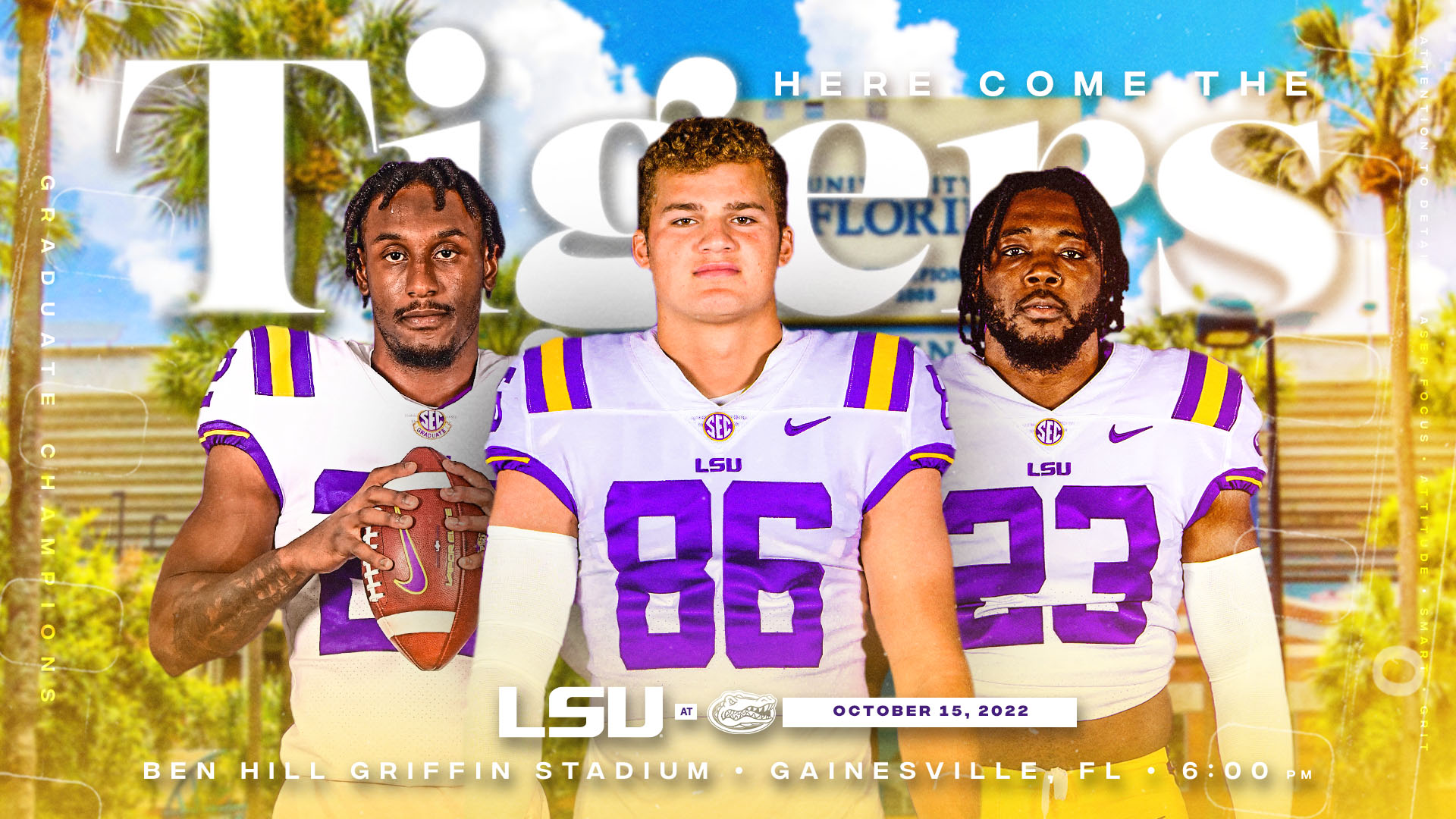 GAINESVILE, Fla. — LSU (4-2) looks to bounce back on Saturday night against Florida (4-2) at Ben Hill Griffin Stadium in Gainesville.

The Tigers enter the contest having won three-straight against Florida, and four of the last five in the series.

There have been some iconic wins in The Swamp pic.twitter.com/VTRxDCnzUn

After a 40-13 loss to No. 8 Tennessee last weekend in Tiger Stadium, head coach Brian Kelly and the Tigers are eager to turn the page to another tough SEC matchup against the Gators in the Swamp. It’s about focusing in on the details and bringing the necessary traits to win on the road.

“We’re right in the middle of our process,” Kelly said on Monday. “We’re working at it every single day. It’s a journey. I’m excited to be on it. We’ll get back to work this week to bring the traits necessary, and we’ll need to bring them to the Swamp this week.”

Quarterback Jayden Daniels went 32-for-45 for 300 yards and a touchdown against the Volunteers last week. Junior receiver Kayshon Boutte caught his first touchdown pass of the season, also recording his 100th reception as an LSU Tiger, the 26th to do so in program history.

The Tigers will get a boost on the offensive line with the return of freshman offensive tackle Will Campbell.

“I have confidence in our group,” Kelly said. “I think they’re going to respond. I don’t think there’s any reason to think that there are any factors out there that this football team is not going to play well this coming weekend, and I expect them to.”

Freshman linebacker Harold Perkins, who has tallied 26 tackles, 1.5 sacks and an interception this season, is expected to play a large role this week, Coach Kelly said.

“This is a game that suits him really well,” Kelly said. “You’ll see a lot of Harold Perkins this week.”

Florida is led by sophomore quarterback Anthony Richardson, who has thrown for 1,182 yards and five touchdowns through six games under center. Richardson also has 286 yards rushing, which is third-most for the Gators.

“The strength, to me, on this Florida team is the offensive line,” Kelly said. “That will be the challenge. They can run the football. They have proven it. We’re going to have to rise to that challenge.”

Justin Shorter leads the team with 334 yards receiving and a touchdown, while Ricky Pearsall is second with 254 yards and two scores.

Gotta bring all of our traits to The Swamp this weekend pic.twitter.com/e6hvseJ3ZV

The numbers don’t lie: The last six meetings in Gainesville have been decided by a total of 27 points and all have been one possession games.

If history repeats itself, Saturday will be another battle between the Tigers and Gators.