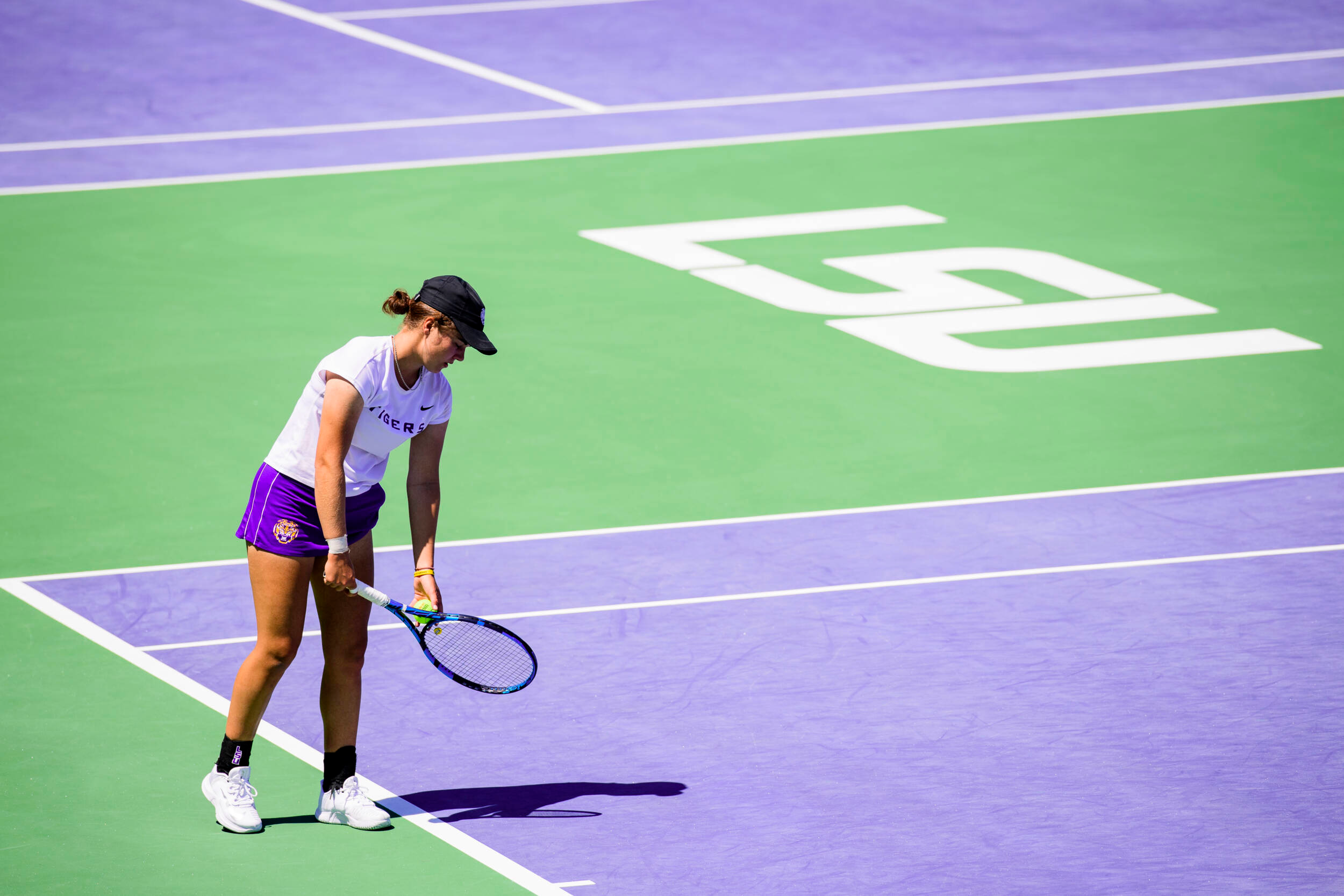 BATON ROUGE, La. – The LSU Tennis Complex will see the top teams in the ITA southern region visit as it hosts the 2022 ITA Women’s Southern Regional Championship from Thursday, October 13 to Tuesday, October 18.

Attendance for the ITA Southern Regional is free of charge for all fans. Matches begin at 9 a.m. CT on Thursday, Friday, and Saturday before start time changes to 10 a.m. CT on Sunday till the end of the tournament on Tuesday. Live stats and video will not be available until Sunday. Match Draws and start times can be found at the tournament homepage.

Taylor’s Thoughts
“We could not be more excited to host this tournament,” head coach Taylor Fogleman said. “This is a great opportunity for us to welcome the best teams in our region to our building and showcase our world class facility to universities and visiting fans alike. Our team has been working incredibly hard this fall and they’re excited to be able to have another chance to compete, especially at our home courts.”

ITA Southern Regional
The 2022 ITA Women’s Southern Regional features 20 teams coming to Baton Rouge. Host team LSU will be joined by Alabama, Auburn, Jacksonville State, Louisiana Tech, Mississippi State, McNeese State, New Orleans, Nicholls State, North Alabama, Northwestern State, Ole Miss, Samford, South Alabama, Southern Miss, Troy, Tulane, ULL and ULM. Two rounds of qualifying singles will be played on Thursday before the main draw starts on Friday in the Round of 128. In doubles, one round of qualifying will be played on Thursday before Friday begins the Round of 64 main draw.

The ITA Southern Regional returns to the LSU Tennis Complex for the first time since 2019. In 2019, the doubles bracket was won by Auburn’s Sellic Ovunc and Taylor Russo while singles saw two LSU Tigers play for the title as Taylor Bridges defeated Paris Corley.

Tiger Tidbits
Seven Tigers are set to compete in the ITA Southern Regional. In singles, graduate student Mia Rabinowitz is joined by seniors Safiya Carrington, Maggie Cubitt and Nina Geissler as well as freshmen Noor Carrington, Anastasiya Komar, and Nikita Vishwase. In doubles, LSU will have three pairs play: Komar and Vishwase, Cubitt and Rabinowitz, and Carrington and Geissler.

The freshman duo of Komar and Vishwase are fresh off a stellar run at the ITA All-American Championships. Komar made a strong run from pre-qualifying singles into the final stages of qualifying. In doubles, the pair started in pre-qualifying and picked up five wins on their way to a finish in the quarterfinals of the main draw.

Carrington is LSU’s sole ranked Tiger, checking in at No. 94 in singles in the preseason rankings. Carrington has been a staple in the ITA rankings since arriving on campus in the fall of 2019 and starts the year at No. 94. Carrington grabbed 11 wins in singles play last season, including four against nationally ranked foes. The South Hadley, Massachusetts native was named Second Team All-SEC and First Team All-Louisiana for her efforts.