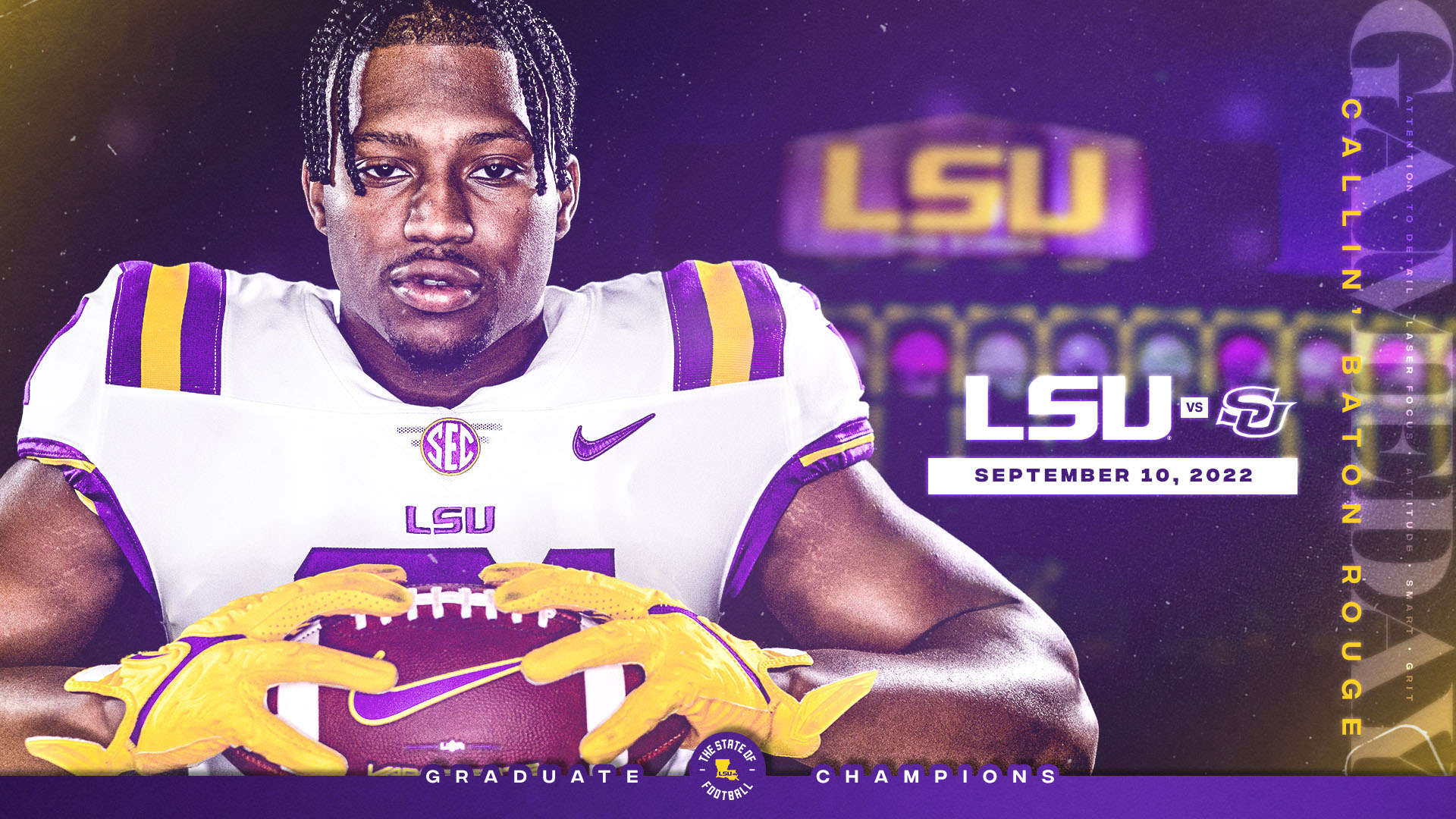 It will be Saturday Night in Death Valley, but it will also be a historic night for the city of Baton Rouge.

Only eight miles separate the two schools, but for the first time ever, LSU and Southern will face each other on the football field in front of a sold-out Tiger Stadium.

Kickoff is set for 6:39 p.m. CT on the SEC Network and the LSU Sports Radio Network.

“As a head football coach, and somebody that’s been in the business as long as I have, I’m really excited about this game because of the historical perspective and how important it is,” said head coach Brian Kelly Monday.

On the heels of a heartbreaking defeat on Sunday against Florida State, the Tigers are already looking ahead and eager to build on the positives. Quarterback Jayden Daniels will serve as a captain for the Tigers, along with BJ Ojulari, Ali Gaye and Mike Jones Jr., representing the offensive side of the ball this week.

In his LSU debut, Daniels became the second player in school history with 200 passing yards and 100 rushing yards in a game, joining Joe Burrow (270 pass, 100 rush) in 2018 vs. Texas A&M. Daniels posted an impressive 209 yards through the air with 114 on the ground, completing 25-of-34 passes with two touchdowns.

Jayden Daniels will serve as a captain for the Tigers on Saturday in Death Valley pic.twitter.com/mJgWdYEBCk

The receiver who caught those two touchdown passes was senior Jaray Jenkins, who recorded five catches for 46 yards and two scores. Jenkins caught his 10th touchdown pass of his LSU career when the Tigers marched down the field for a 99-yard scoring drive with just over a minute to go.

Lessons through losses is not what, Kelly says, he came here to do. But the Tigers were forced to learn and grow from Sunday’s 24-23 loss, which came down to the final play. There will be plenty to clean up against the Jaguars, but plenty to build on, too: the resolve, the grit, the love for LSU the team showed in New Orleans – that will be at the top of the list.

“We have to be careful not to say that this defines anything about this football team, other than what they displayed,” Kelly said on Thursday. “They displayed grit. They displayed character. They love playing for LSU. They are going to battle their tails off.”

Defensively, the Tigers are looking to turn in another impressive performance from defensive lineman Mekhi Wingo, who will assume a larger role with the season-ending injury of defensive end Maason Smith. Wingo tallied six tackles in his first appearance in an LSU uniform, second behind senior safety Jay Ward, who posted a team-high eight.

“It’s hard to compare anybody to Maason Smith … his size, his athleticism, but Mekhi Wingo is going to be Mekhi Wingo, and what he does is extremely effective as a football player,” Kelly said. “He gets now a bigger share of that work.”

Saturday represents a day of firsts as Coach Kelly leads the Tigers into Death Valley for the first time under his leadership. On Thursday, he recalled standing up on a lift to urge students to enter the stadium during his days at a prior coaching stop.

That, safe to say, won’t be necessary on Saturday night, as large crowds are expected in what feels like a celebration of the 225, with both sides of the city uniting for an unprecedented cause.

“To be in a home stadium like this, where it’s obviously partisan and it’s LSU — I’m pretty excited about it,” Kelly said.