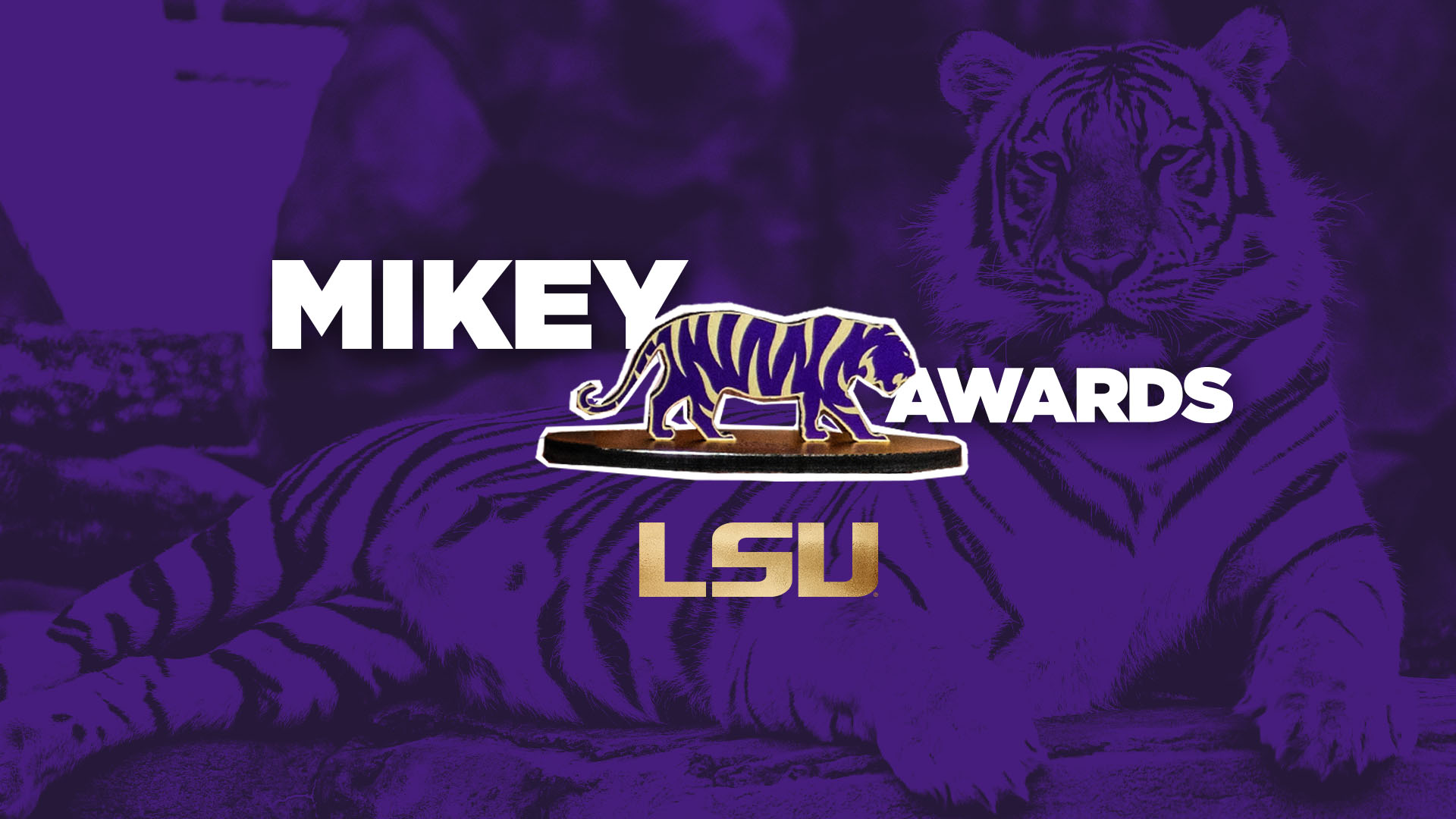 BATON ROUGE – LSU Athletics and TAF honors student-athletes for their athletic and academic achievements for the 2021-2022 academic year by celebrating with MIKEY Awards.

This year’s MIKEY Award winners have been announced on social media throughout the past week. The MIKEY Awards will be back in person in April 2023.

Dylan Crews of LSU Baseball and Ingrid Lindblad of LSU Women’s Golf headlined the MIKEY Awards as the TAF Male and Female Athlete of the Year award recipients.

Crews was named the SEC Co-Player of the Year and is a semifinalist for the Golden Spikes Award as one of the top players in the country. Heading into the NCAA Tournament, Crews is hitting .362 (80-for-232) with nine doubles, four triples, 21 home runs, 68 RBI and 68 runs scored this season. His 21 homers represent the most by an LSU player since outfielder Ryan Schimpf hit 22 home runs in 2009.

Lindblad remained one of the top amateur golfers in the world throughout the past year. A three-time ANNIKA Award finalist and First Team WGCA All-American, Lindblad continued her impressive career with five tournament victories during the 2021-22 season to become the SEC Golfer of the Year for the second time. The Sweden native broke the school women’s mark for wins in a career during the season, now standing at nine, topping Jenny Lidback’s record of seven set in 1986. It is the most career wins by any LSU golfer, male or female, in the last 40 years.

Anne Tuxen earned the Eye of the Tiger Award for overcoming great adversity as a diver. Shortly after coming to LSU from Norway, Tuxen required surgery on both legs. Through hard work and dedication, Tuxen returned to diving and went on to qualify for the Tokyo Olympics, competing for Norway.

Also recognizing academic achievement at the MIKEYS, 26 student-athletes earned the Bengal Belles Academic Achievement Award for having above a 3.0 GPA in graduate school. With above a 3.9 undergraduate GPA, 22 student-athletes earned the Wall Pontiff Jr. Academic Excellence Award. Nicholas Watson of men’s tennis and Adam Wise of track and field were the TAF Male Scholar Athletes of the Year while Lisa Gunnarsson of track and field and Brittany Thompson of swimming and diving were the TAF Female Scholar Athletes of the Year.

The following is a list of LSU’s 2022 MIKEY Awards winners:

Johnson was named to the SEC All-Freshman team, owning the best vault in the SEC by a freshman with a 9.90 and 9.95 on the Yurchenko full.

Taylor is entering the NCAA Tournament with a 4-1 record on the mound. He earned a season-high six strikeouts in a 13-3 win over Mississippi State.

Ty Davis-Price led LSU Football to victroy over Florida with a school record 287 yards rushing. Davis-Price, a junior from Baton Rouge, thrilled the home crowd with 36 carries including touchdown runs of 18, 40 and 25 yards.

Female Sport Play of the Year:

In front of the second-largest crowd in LSU Gymnastics history, Haleigh Bryant and Kiya Johnson scored perfect 10s on the vault and floor, respectively, to lead the Tigers to victory over No. 6 Auburn. Bryant anchored the vault with her third perfect vault of her career to close out LSU’s opening rotation. Johnson’s 10 on the floor was the sixth of her career with one on vault, one on beam and four on floor.

Male Sport Play of the Year:

Brooks Curry became the first LSU simmer to win an individual national title. He clocked an 18.56 in the 50-free, which broke his school record set at the 2022 SEC Championship.

TAF Male Scholar-Athletes of the Year