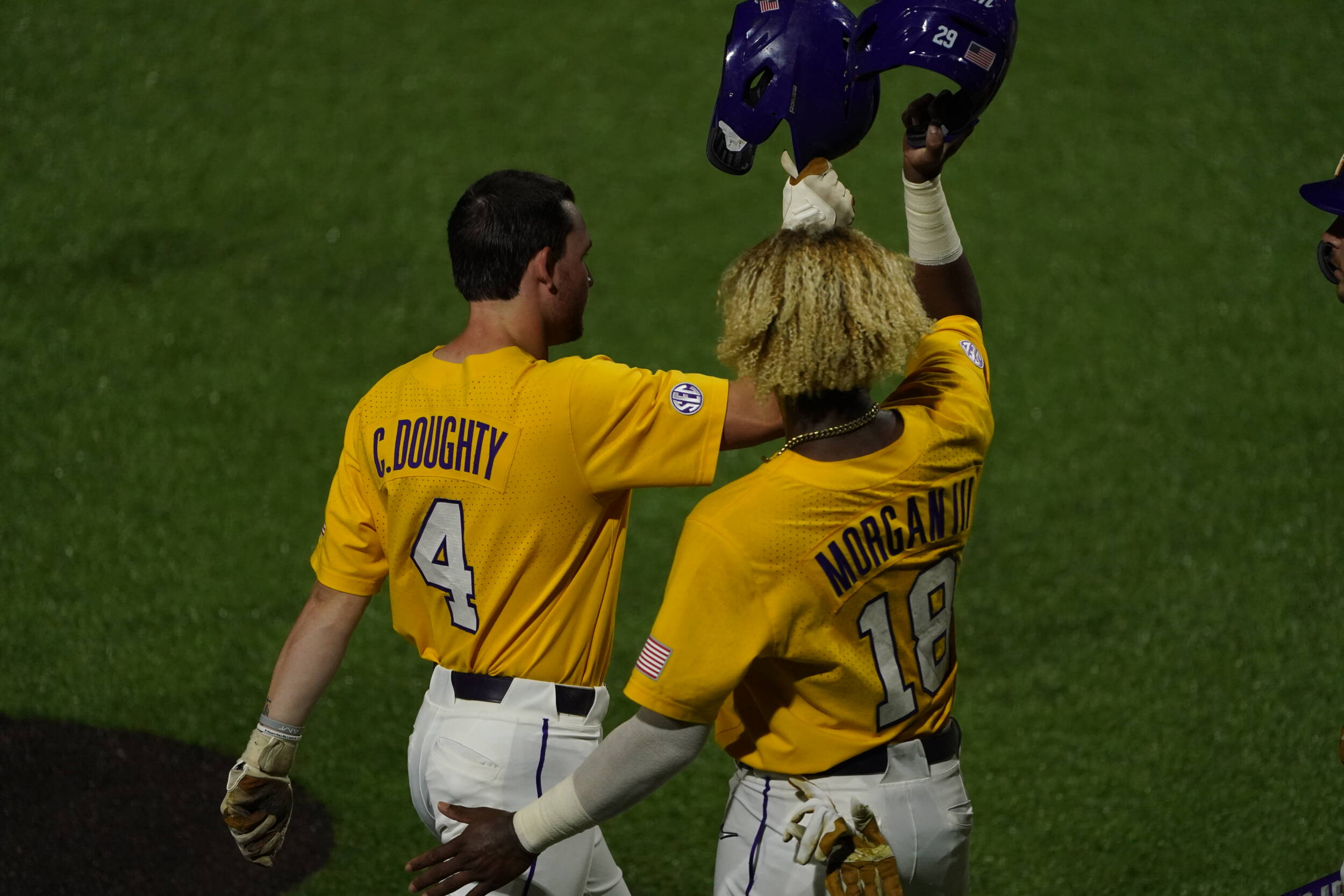 Friday’s win clinched LSU’s first series victory in Nashville since 2005. The Tigers had lost four straight series at Vanderbilt prior to this weekend.

The series concludes at 1 p.m. CT Saturday in a game that will be carried on the LSU Sports Radio Network and televised on the SEC Network.

Crews was 2-for-4 at the plate Friday night with two homers and three RBI, increasing his home run total this season to 20. He is hitting .750 (6-for-8) in the weekend series with one double, three homers, seven RBI and five runs scored.

“Obviously, a great night again for Dylan, and we had outstanding plate discipline throughout the lineup,” said LSU coach Jay Johnson. “We played a very complete game, and this is a good win for us.

LSU starting pitcher Ty Floyd (5-3) earned the win, limiting the Commodores to one run on four hits in 5.1 innings with no walks and seven strikeouts.

“I’m real proud of Ty,” Johnson said, “because I think we’re starting to see what he can become.”

Vanderbilt starter Christian Little (1-2) was charged with the loss, as he allowed six runs on four hits in 3.1 innings with five walks and two strikeouts.

Crews launched the first pitch of the game from Little over the left-center field wall for his 19th homer of the season.

The Tigers exploded for four runs in the second inning in an outburst highlighted by Crews’ two-out, two-run home run. Second baseman Cade Doughty led off the inning with a walk and later scored on a wild pitch, and catcher Tyler McManus provided an RBI groundout.

The Commodores narrowed the gap to 5-1 in the bottom of the second when third baseman Parker Noland unloaded his sixth homer of the season.

LSU plated a run in the fourth when McManus walked, moved to second base on a walk to third baseman Collier Cranford, advanced to third on a walk to Crews and scored on leftfielder Josh Pearson’s groundout.

The Tigers extended the lead to 8-1 in the seventh against Vanderbilt reliever Nick Maldonado when first baseman Tre’ Morgan doubled and scored on Doughty’s double, and shortstop Jordan Thompson lined an RBI single.

“We need to come out focused tomorrow, because we’ll get Vanderbilt’s best shot,” Johnson said. “It will be a tough, competitive game, so we’ll have to be ready.”