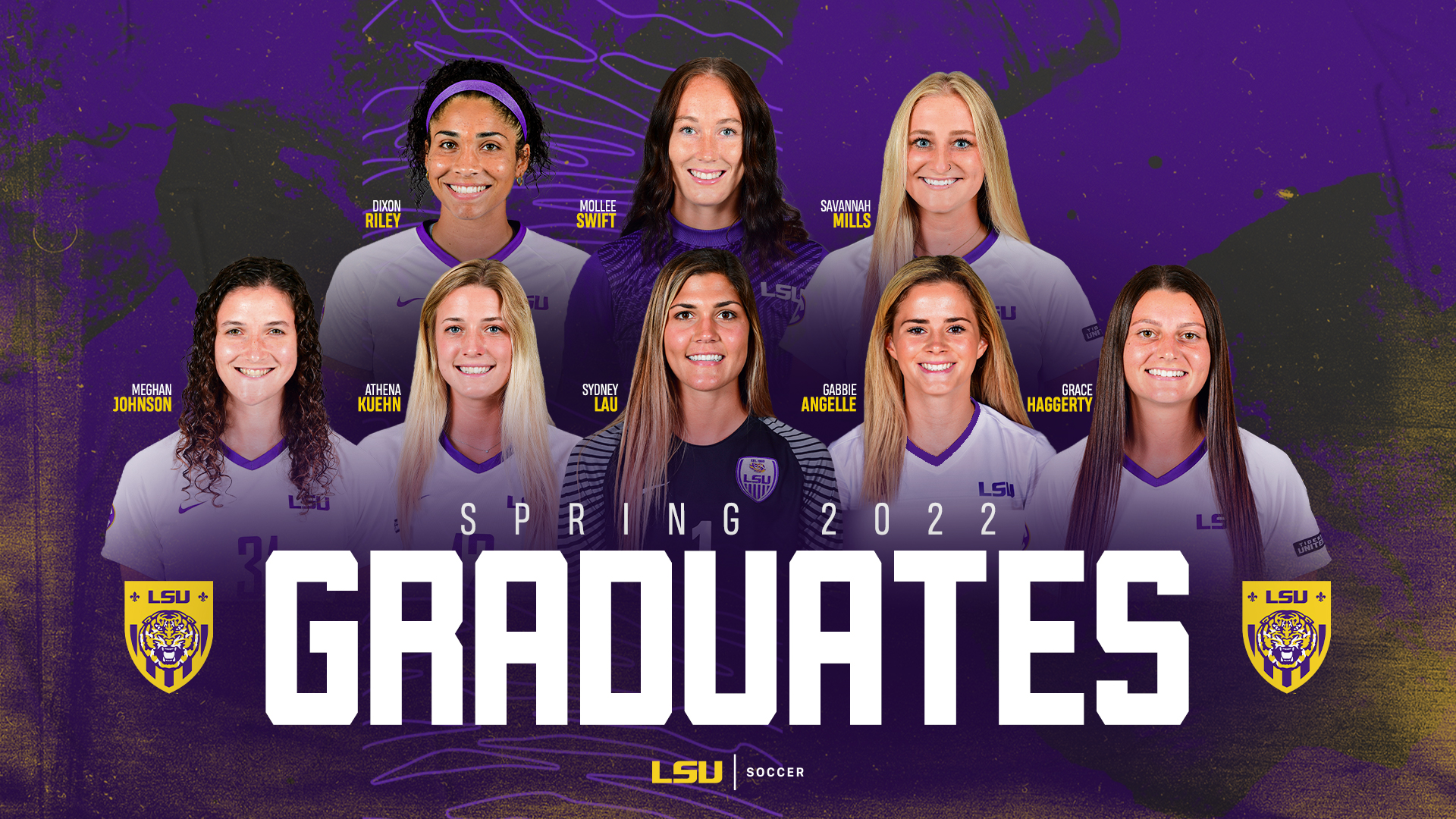 Baton Rouge, La. – Eight student-athletes from the LSU soccer program are set to earn their degrees on Friday and Saturday across a wide number of graduation ceremonies on LSU’s campus.

Out of those eight, Swift and Johnson are set to return for the Tigers this fall and play crucial minutes for LSU on the pitch. Swift has played in and started 37 matches for LSU since arriving in Baton Rouge in the summer of 2020 while maintaining a goals against average of 1.11 for the Tigers which is currently the second lowest average in program history. Swift was LSU’s representative on the 2021 SEC Community Service Team and was named the United Soccer Coaches National Player of the Week on Sept. 1, 2021, after allowing only one goal as LSU picked up wins over No. 15 USF and No. 19 UCF in a span of four days.

Johnson has been on the LSU roster dating back to the 2018 season and is a three-time SEC academic honoree. She’s played in 63 career matches and has started 35 of those. She’s tallied 13 career points with five goals and three assists. Johnson, Lau and Angelle were on the roster in 2018 when LSU won its first ever SEC Tournament title.

Riley, Haggerty, Kuehn, and Mills all came to LSU as transfers and played a vital role in laying the foundation for what is to come for LSU Soccer. Kuehn played in all 20 games for the Tigers this season and ranked third on the team with nine points; she signed a contract to play professionally for FC Gintra in February.

Both Haggerty and Mills played for LSU for two seasons after transferring to LSU in the summer of 2020. Haggerty played in 22 matches for the Tigers defensively, and Mills logged 20 caps in the Purple and Gold up front and as a wingback.

Dixon scored two goals during the 2021 season for LSU for a total of four points across 16 matches, and earned seven starts; she started seven of LSU’s final eight matches.

For a full list of LSU Athletics graduates, visit lsusports.com.