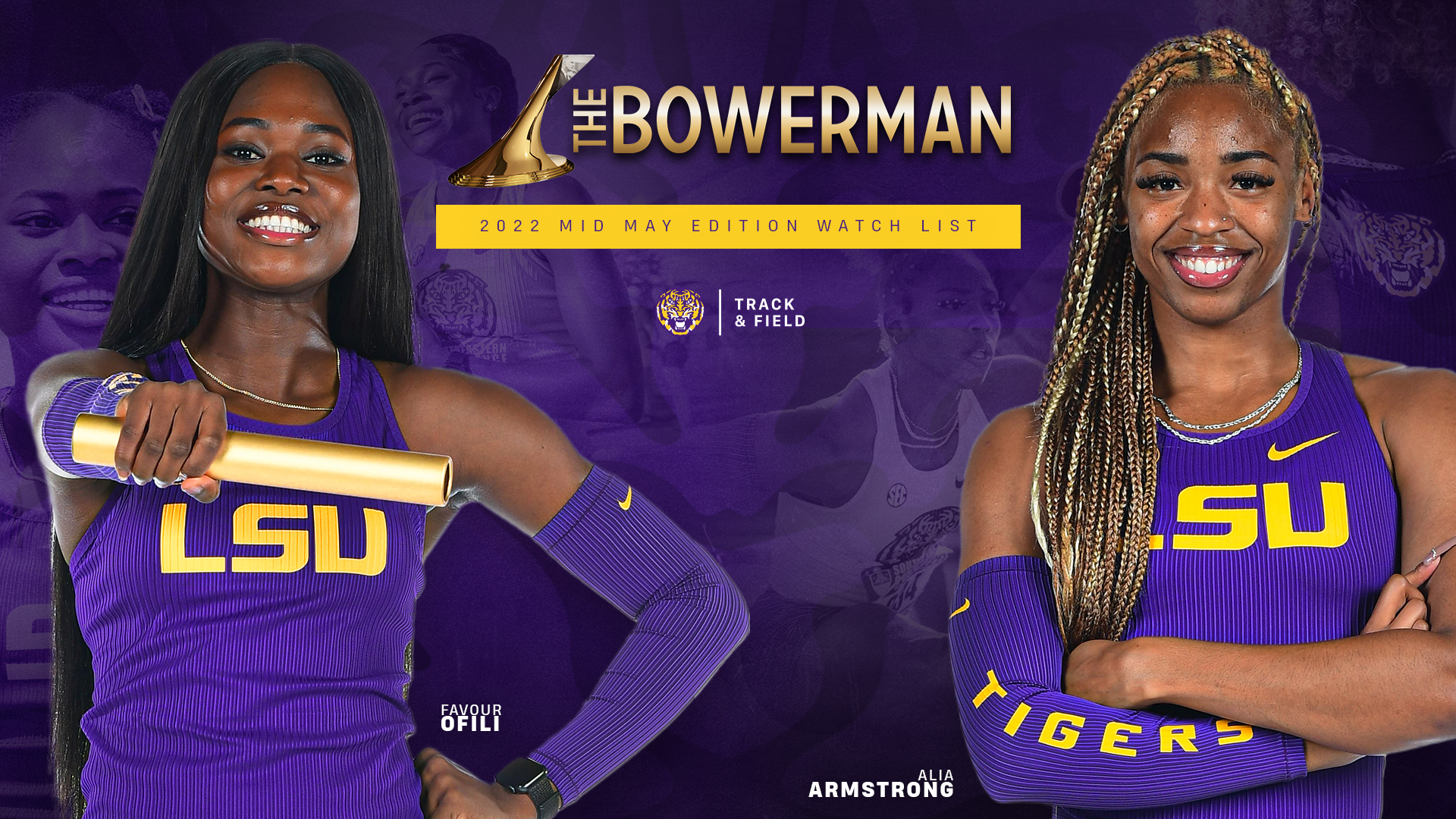 Baton Rouge, La. – Fresh off winning event titles at the SEC Championships, both Favour Ofili and Alia Armstrong of LSU track and field were named to The Bowerman Watch List, post-conference edition, on Wednesday.

Ofili completed the all-impressive sprint triple at the SEC meet with wins in the 100 meters, 200 meters, and 4×100 meter relay. She first helped LSU win the 4×100 meter relay with a season best time of 42.59 to start her day on Saturday; it was LSU’s sixth straight SEC title in the event.

Ofili then returned to the track to win the 100 meter dash with a career best matching time of 10.93 before capping her night with a win in the 200 meter dash with a readout of 22.04, which set the SEC meet record. For her efforts, Ofili was tabbed as the High Point Scorer with 22.5 points for the Tigers, and that earned her the Commissioner’s Trophy.

Armstrong won her first SEC outdoor individual title with a victory in the 100 meter hurdles. She ran a slightly wind-aided time of 12.44 with a 2.1 meters per second helping wind for the win. The allowable wind for record setting performances is 2.0 m/s or lower. So if the wind was a tad bit lower, that time of 12.44 would have made Armstrong equal to the fourth fastest performer in collegiate history. Armstrong also served as the lead leg for LSU’s 4×100 meter relay team that won. Armstrong has won three out of her four hurdles races this season outdoors.

Ofili and Armstrong along with LSU track and field will both be back in action May 25-28 at the NCAA East Preliminaries in Bloomington, Indiana.