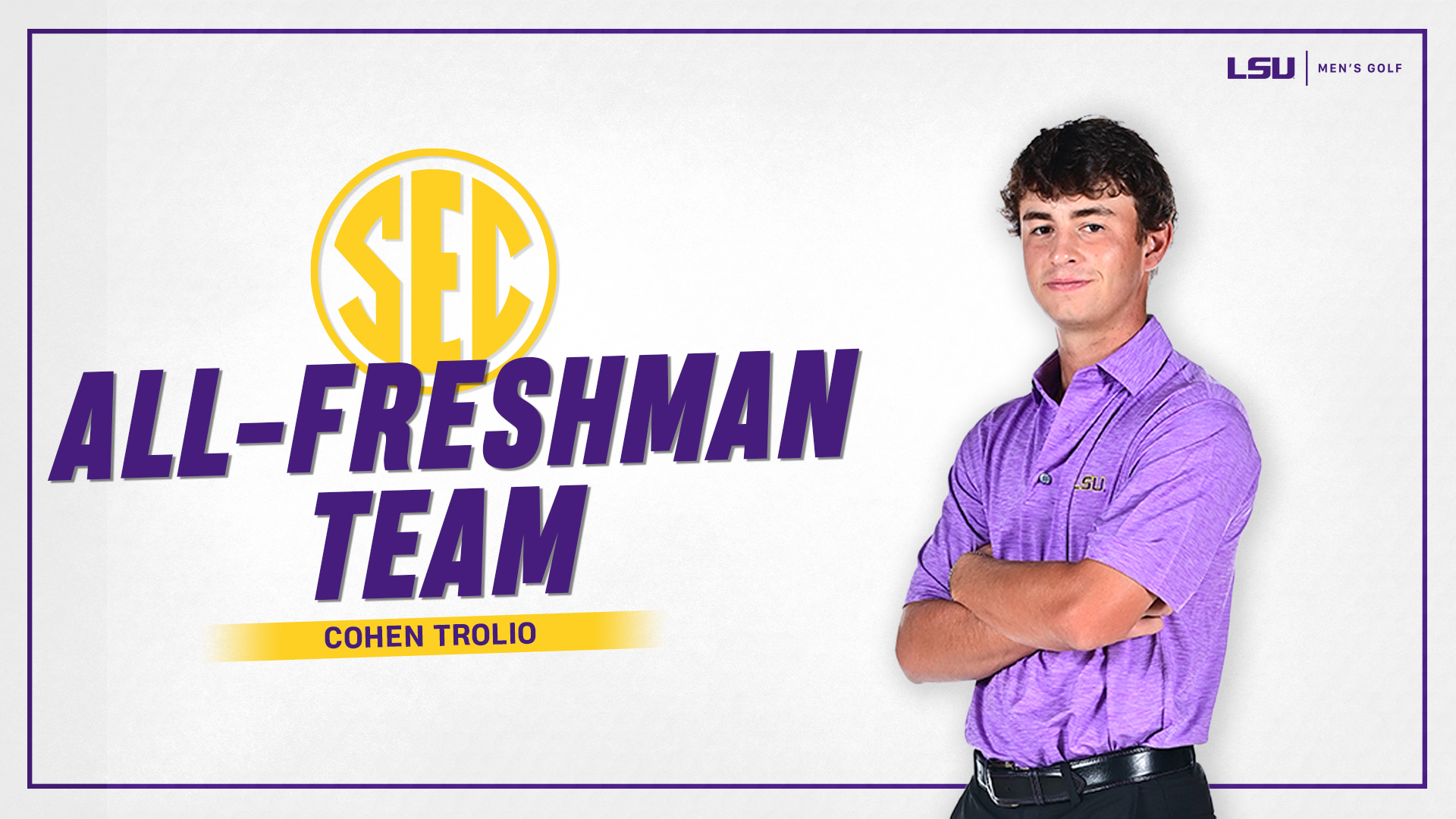 Baton Rouge, La. – LSU freshman golfer Cohen Trolio was one of five freshman across the Southeastern Conference to be named to the SEC All-Freshman Team on Friday morning.

Trolio has stepped right in and made a huge impact for the Tigers this season having played in every single event for LSU. Twenty-six of his 30 rounds played in stroke play have counted towards LSU’s team score, and he has three top-10 finishes on the season.

His stroke average currently sits at 71.37 for the season, which is the second lowest average for LSU. He just played the best event of his collegiate career three weeks ago as he golfed his way to a tie for third place at the SEC Championship in St. Simons Island, Ga., at the Sea Island Golf Club. He fired rounds of 67, 70, and 69 for a 4-under 206 to earn the best finish of his season; he was the second highest freshman finisher in the field at the conference meet.

He’s rolled in 101 birdies on the season to rank third on the LSU squad, and he ranks second on the team with three eagles and 344 pars. He registered back-to-back top-10 finishes in March at the San Diego Classic, which LSU won as a team, and the Louisiana Classics. It was a tie for ninth out in San Diego with a 6-under 210, and he recorded a 7-under 209 at the Louisiana Classics in Lafayette, Louisiana.

His low round of the season is a 5-under 67, which he’s accomplished on three separate occasions. Two of those 67s came in September at the Jim Rivers Intercollegiate, and the last 67 came in March out in San Diego. In addition to his top-10 showings, Trolio also has four addition top-20 finishes. So he has finished in the top 20 at seven out of his first 10 collegiate tournaments.

For a full listing of SEC honors dished out for men’s golf, visit secsports.com. Trolio and the No. 21 LSU men’s golf team are in the midst of prep for the NCAA Stockton Regional which will take place in Stockton, Calif., at The Reserve May 16-18.