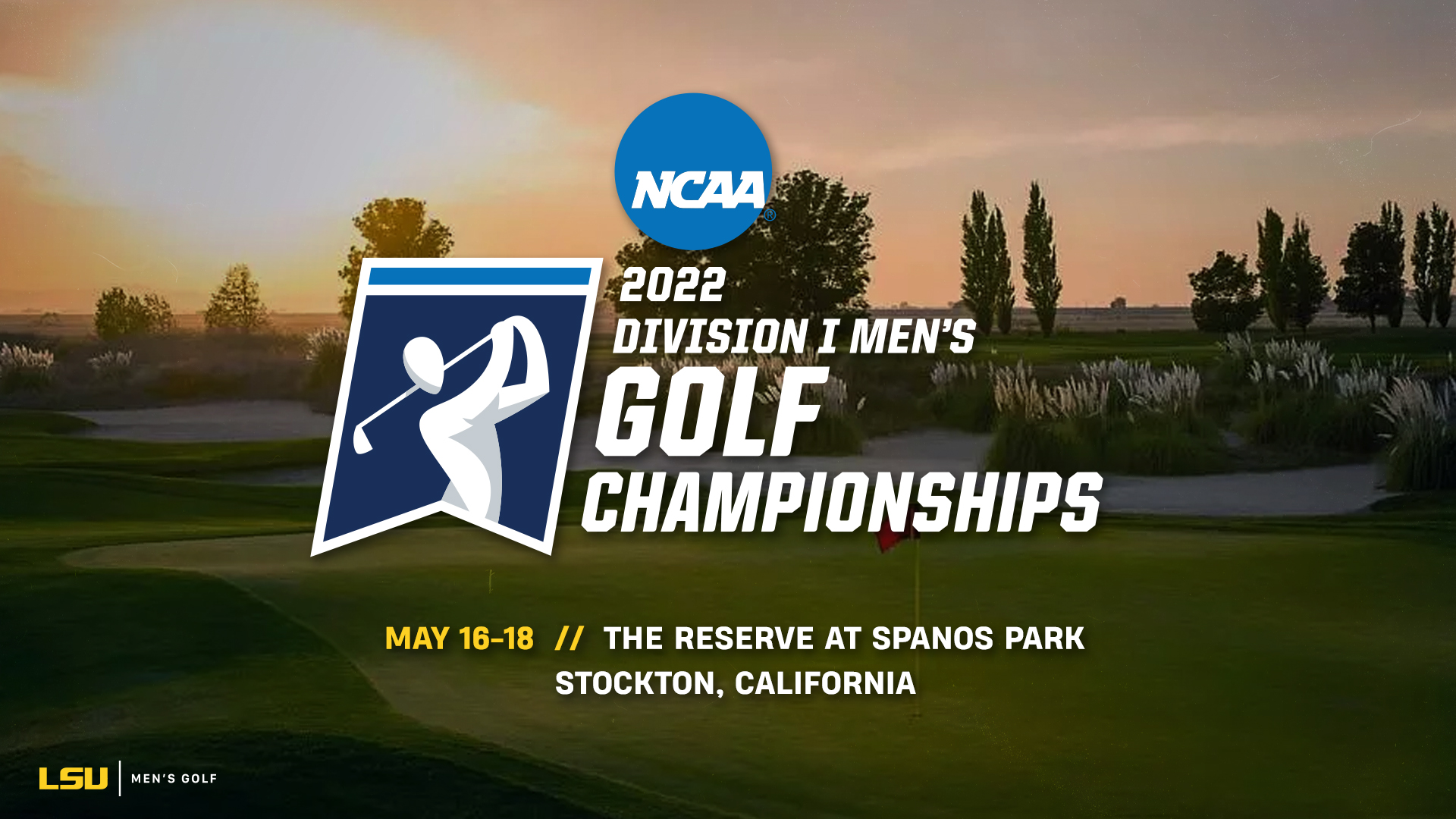 Baton Rouge, La. – The 21st-ranked LSU men’s golf team is headed to the NCAA Stockton Regional as the No. 4 seed in the regional. The Tigers learned of their fate for regional placement on Wednesday afternoon as it was announced live on the Golf Channel.

“Going to California will be a challenge for our group, but we’re up to the task,” LSU head coach Chuck Winstead said. “We know we can play well out in California; we showed that earlier this season when we got one of our team wins in San Diego.

“Whenever we go West to these courses with different grass, it’s very important for us to be good around the greens. That’s where the biggest challenge is. We will do our due diligence once we get out there to get our work in around the greens so that we are as fully prepared as we can be.”

The event will take place May 16-18 at The Reserve at Spanos Park Golf Club in Stockton, California. The event is being hosted by the University of Pacific. LSU is returning to the Stockton Regional for the second time in the last five years as the Tigers also went to Stockton in 2018.

“Last time we went out there it was a course that required you to score well,” Winstead noted. “We shot 7-under as a team and placed sixth. Who knows how the course will play this year, but we are a confident group heading out there. We know what we are capable of and this team played some really quality golf just a short time ago at the SEC Championship.”

This will mark the 14th straight regional appearance dating back to 2008 for LSU Head Coach Chuck Winstead and the Tigers. LSU is in a regional that features 14 teams, and the top five teams from that event will advance to the NCAA Championship, which takes place May 27 through June 1 in Scottsdale, Arizona, at the Grayhawk Golf Club.

The Stockton Regional will be a three round, 54-hole stroke play event contested over a three-day span. The Stockton Regional is one of six regionals around the country and a total of 81 teams were accepted into the field. The top five squads from each of those regionals, so 30 total, are the ones who will ultimately advance to Arizona.

The Tigers are paired with a regional that features the No. 4 overall national seed, Arizona State. Other teams included in the Stockton Regional are Washington, Stanford, Oregon, Nevada, Liberty, BYU, UAB, Houston, UC Davis, Denver, Albeine Christian, and Weber State.

LSU has won two team titles this year – the Jim Rivers Intercollegiate and the San Diego Classic. Individually, LSU has had three golfers earn medalist honors this season. Michael Sanders won the Turning Stone Intercollegiate in the fall, while Nicholas Arcement (San Diego Classic) and Drew Doyle (The Hayt) have won during the spring portion of play. Garrett Barber (71.10) and Cohen Trolio (71.37) lead the Tigers in stroke average per round.

The Tigers earned the No. 4 seed at the SEC Championship a little over a week and a half ago after shooting a team score of 9-under 831 at the Sea Island Golf Club. LSU advanced to the semifinals of match play at the conference tournament.